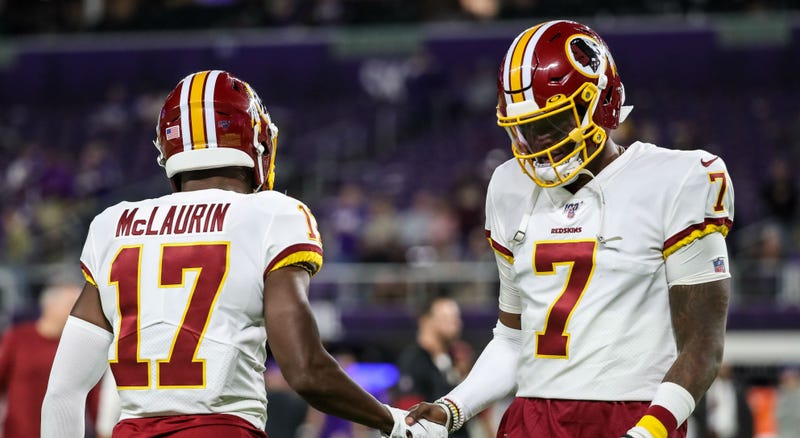 The Redskins began the second half with rookie quarterback Dwayne Haskins under center, and starter Case Keenum apparently in concussion protocol.

It's unclear when Keenum endured contact to the helmet, enough to knock him out of the game, but Haskins was the only other quarterback active, with Colt McCoy not dressed for Thursday's game against the Minnesota Vikings.

Holy $#*%. Case Keenum is concussion protocol.Dwayne Haskins is in at quarterback.

Haskins' first drive for the Redskins led to a three-and-out, with a one-yard run to Adrian Peterson, a six-yard completion to tight end Jeremy Sprinkle, and an incomplete pass to receiver Trey Quinn. His second drive led to a 43-yard Dustin Hopkins field goal, resulting in a 16-9 Vikings lead.

Keenum is OUT with the concussion.Haskins is in for the rest of the night...we'll see about season.

Haskins' third drive resulted in an interception on the second play.

Case Keenum has been downgraded to OUT. https://t.co/K7vCaihSkt