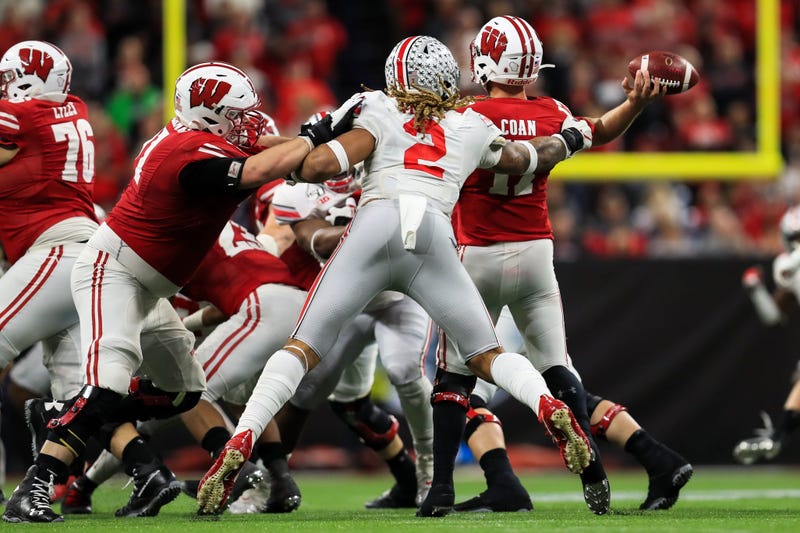 While the 20-year-old edge rusher will abstain from working out in front of scouts, he will proceed with the interviews and medicals, as is customary at the annual event. The combine offers many teams their first opportunity to meet draft prospects in person, and scouts often use the time to conduct personality examinations to determine players' mental makeup and whether they're fit within their respective organizations.

Ohio St defensive end Chase Young, the top prospect in @MoveTheSticks’ Top 50, is not planning to take part in drills for the NFL Scouting Combine this week, source says. He will be here for interviews and medicals, though.

This doesn't mean Young doesn't plan to work out at all before the NFL Draft, where many expect him to be the second overall pick, selected by Washington. According to ESPN's Adam Schefter, Young will perform position drills during his pro day at Ohio State.

Ohio St. DE Chase Young will not work out at this week’s combine, but will be there for interviews and medical testing, per source. He will participate in position drills at the Ohio State pro day. He is fully healthy and ready to impress front offices.

Young is presumed to be the top defensive player available in April's draft. He has been linked to the Redskins for months now due to the team's need for a premier pass rusher, his local ties, and his ability to be a game-wrecker.

The Washington Redskins have selected a defensive lineman in the first round of each of the past three drafts. Do they go for four-straight in 2020?

Could watch these Chase Young workout videos all day --(via @GibsonTraining) pic.twitter.com/gCsW2yGyw0

The Cincinnati Bengals hold the first overall pick in the upcoming draft and have been linked to LSU star quarterback and Heisman Trophy winner Joe Burrow.

Assuming Burrow to the Bengals is a done deal, with the No. 2 pick in the 2020 NFL Draft, the Washington Redskins are now on the clock.