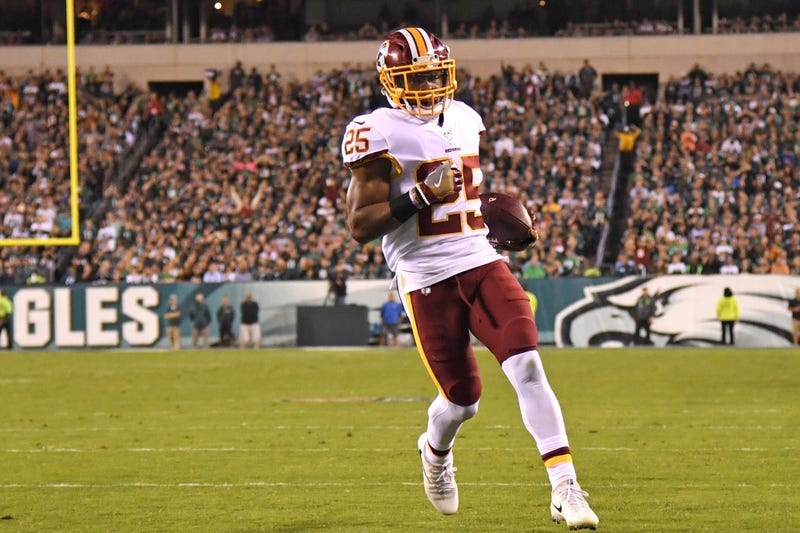 Other D.C. teams consistently making the playoffs has put the pressure on the Washington Redskins, Chris Thompson says.

"To see these teams having the success and getting to the playoffs, like, for me, I think it puts that pressure on the Redskins," the Redskins running back told 106.7 The Fan's Grant Paulsen and Danny Rouhier. "We need to be in the playoffs. The hockey team's making it, baseball hopefully makes it, as well as basketball. As a city, we just got to all do it together."

Although the Wizards still have two regular season games, they and the Capitals have already qualified for the playoffs in their respective sports. It's the Wizards' fourth playoff appearance in five seasons, and the 10th in 11 seasons for the Caps. The Nationals' season has just gotten underway, though they are coming off their fourth division title in six years.

The Redskins, on the other hand, have failed to make the playoffs in two tries since winning the 2015 NFC East. Before that, 2012 was their last playoff appearance. And before that? 2007.

Still, Thompson's done his part to support the D.C. sports community, saying he typically attends a couple games a year, and hopes that kind of support can better bring everyone together.

"I've been trying to get more involved these last few years," he said. "Being a fan of the game, I don't get the chance to go to any NFL games, because I'm obviously playing, so to just go and be able to watch games as a fan, see other guys out here, my peers basically, going out and competing in other sports, it's huge. And I think, just overall as athletes in this D.C. area, we should all be around each other and just supporting each other in all of our separate sports and everything. I feel like it's big."

"And then from there, I think we start trying to do events and stuff together, you know, when it's a good time between maybe games or a perfect offseason time or things like that, where all the guys just kind of get around, be able to do events together and everything," he said. "That's the beauty of being in D.C. and having a professional team for pretty much every sport. I enjoy it."