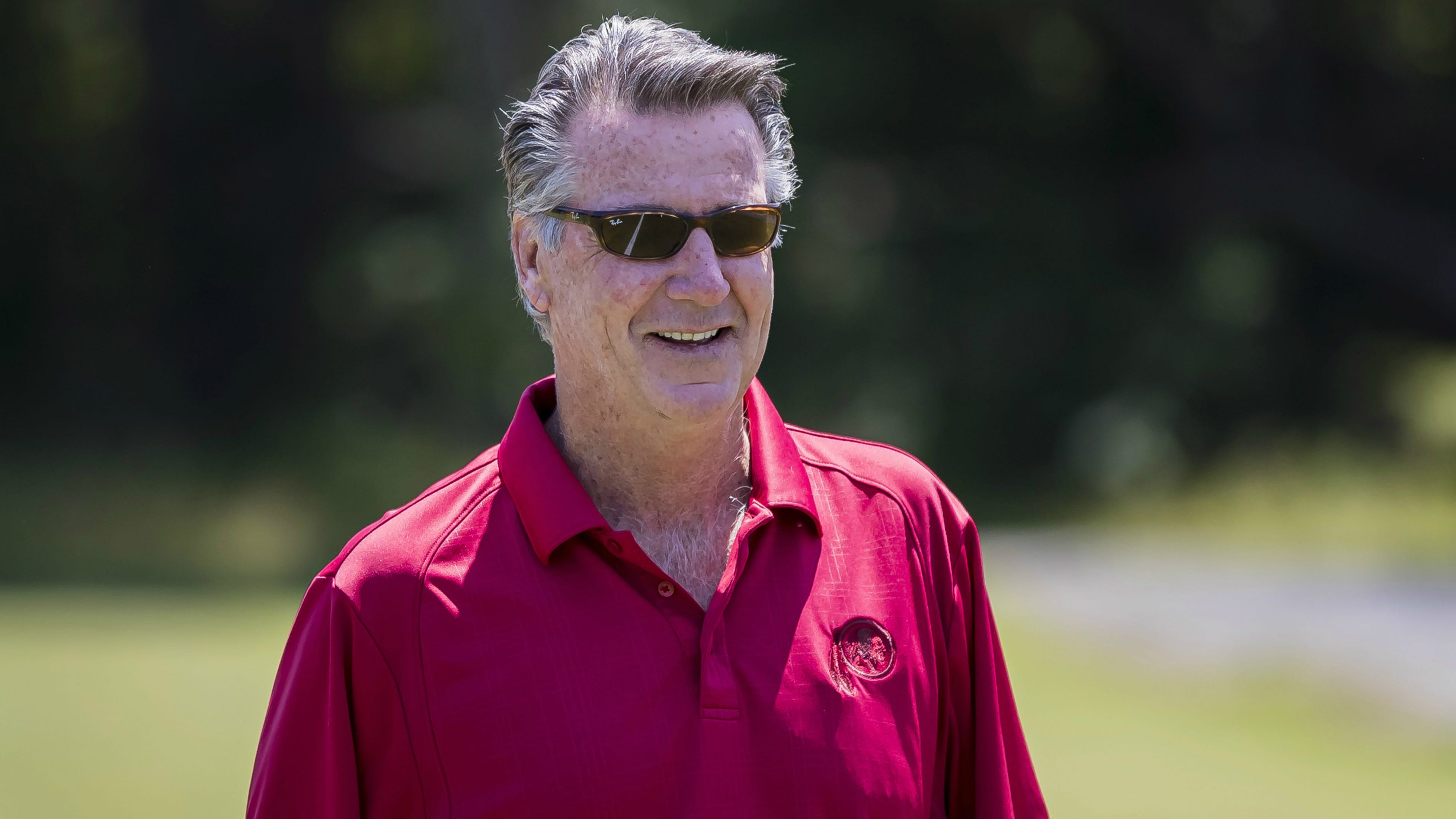 Could This Be Bruce Allen’s Final Week As Redskins President?

As the Redskins' 2019 season winds down, one of the more underreported stories involves running back Chris Thompson, who could be playing his final three games in a Redskins uniform.

That's not to say it hasn't been on Thompson's mind.

"To me, it's a tough situation," he told The Sports Junkies during his weekly appearance Monday, presented by Steamfitters UA Local 602.

"I mean, I've been here for so long and I want to continue to be here, but I know the business side of things has to work itself out or whatever," Thompson said. "The only thing I know right now for sure is if my body stays healthy and everything goes well, I've got three more promised games here against division opponents and that's really all I can think about."

A fifth-round selection by Washington in 2013, Thompson is one of the most tenured players on the roster and has survived two coaching changes (Mike Shanahan, Jay Gruden) and being a final roster casualty in 2014. That he's lasted seven seasons in the NFL – even more so by playing for one team – as a late-round pick out of Florida State is a testament to his hard work and ability.

But reality is just around the corner, and Thompson's time in Washington could soon come to an end.

"My agent, he talks about it and we have talks every couple weeks or so about everything and what the future may be," he said. "I'm just trying to focus on these last promised three weeks that I got here right now and whatever happens happens."

"My heart and everything about me is here and has always been here, but that's something that's kind of, it's out of my control at this point," he continued. "Just trying to enjoy these guys when I can and whatever happens in the end, it happens. I mean, we've got a bunch of running backs here and we've got Bryce (Love) that'll be back next year or whatever."

"I'm sure it'll work out for you, buddy," Bishop said.

Thompson replied, "Yeah, I hope so."

Thompson shared his thoughts on the latest injury to Derrius Guice, who's since been placed on Injured Reserve with a sprained MCL, ending his season.

"That's my guy," he said. "He's like a little brother to me and just seeing him go through this, it's just back to back to back. I've had a lot of injuries, but it hasn't been to the extent that his has been and it's tough. I could tell (on Sunday) how bad it was weighing on him.

"He's had the ACL, he went through the, I think the MCL from Week 1 and everything, and he kept himself together well, but I think yesterday really... that was tougher for him than the first couple injuries were, and it was because I think he was just finding his groove, had a great game last week and then he was on pace to have another big game yesterday. Just to have that happen, it sucks."

"He's a young guy, and it just happens to continually be knee injuries," Thompson added. "And that's tough for a running back."

Listen to The Junkies' full conversation with Chris Thompson here: