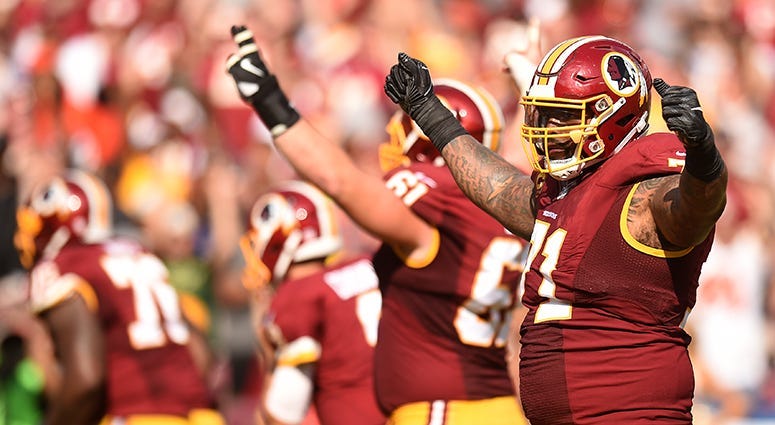 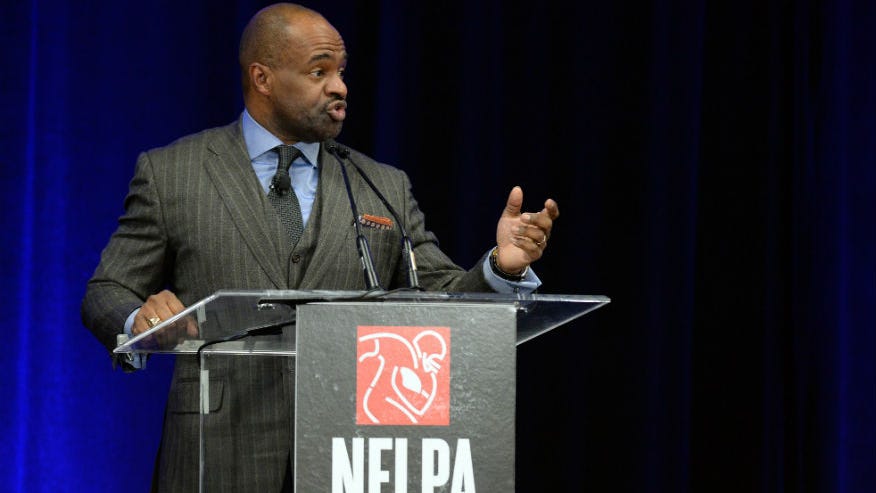 Head of NFLPA Discusses Desire for No Preseason Games

DeAngelo Hall says Trent Williams has confided in him that he will not be ending his holdout next week, despite whatever team president Bruce Allen has claimed.

Allen sat down for an interview with NBC Washington's Sherree Burruss this week, telling her, "I think Trent's gonna play football, yes. We had a surprising retirement this week in the NFL, and I don't see Trent retiring."

Allen was asked to specify if he meant that Williams will play football specifically for the Redskins, or if they've engaged in any trade talks involving Williams.

Allen's remarks were enough to spark a new podcast episode from Hall, a former Redskins safety, with his 'Hail to the Podcast' co-host Erin Hawksworth. They began the episode by playing the Allen comments above and responding with their own personal insights into the situation.
MORE: Bruce Allen: Trent Williams will play for Redskins

"We're hearing from Trent's side of things, rumors I heard coming out of Redskins Park that he was possibly gonna show up next week," said Hawksworth. "And then we hear this from Bruce Allen. What's your takeaway from this?"

"I heard those same reports, Erin, and I was kinda like, 'Wow. He's gonna show up, Trent?' Let me know," replied Hall. "I had to text him: 'Hey bro, let me know before you show up so I can report it first.' And so I reached out to him, and he's like, 'There's zero chance I'll be in that building next week.'

"And so I hear from some whispers that he might show up, and then I talk to him and he's like, 'Nah, I'm not showing up. We haven't talked. We haven't addressed the issues.'"

"And so, it's kinda like at what point do you, as the Washington Redskins organization, say, 'Hey look. We gotta get something for this guy.' You know what I mean?" Hall continued. "That's the fine line. You hear Bruce say, 'Look. I know Trent's gonna play football and it's gonna be with us.' I don't know. I don't know how they get to that point. You know what I mean, Erin?"

Hawksworth noted she's observed Williams isn't the biggest fan of Allen, which seems be in conflict with Allen claiming Williams will play football again for the Redskins. Hall took exception with her characterization of Williams and Allen's relationship.

"Hey, Erin. I don't know if I'd agree with Trent isn't Bruce's biggest fan, because I know firsthand that those guys talk a lot, or I know they talked a lot before this situation came up," he said. "Trent was always a guy in Bruce's office, and Trent aspires to be in the front office at some point in his career as well."

"He kinda has those same aspirations I do, because I think I and he feels like we know what it takes to kinda put a winning formula together," he continued. "And so I know Trent is constantly talking to Bruce before this situation came up, so I do want to clarify that part of it."