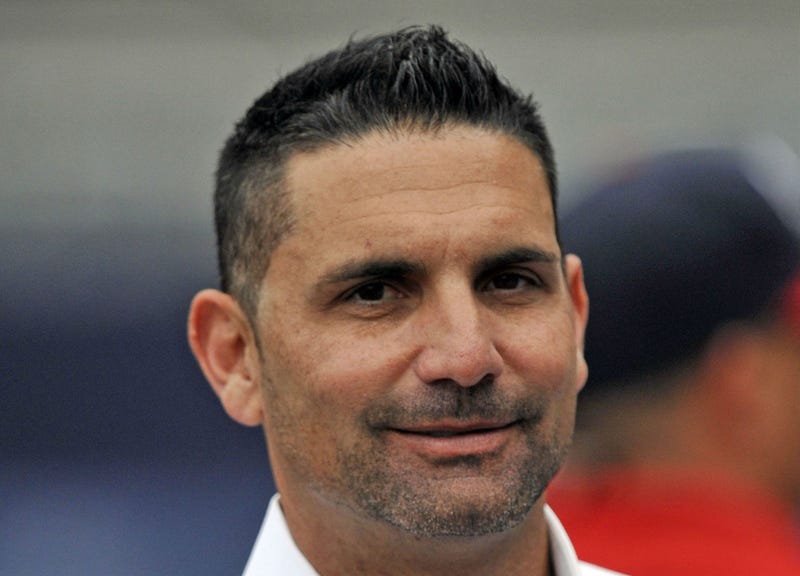 Nationals television announcer F.P. Santangelo "wouldn't change a thing" about comments he made that were critical of sports-talk radio as a medium.

"Why would you want to hear a broadcaster who is negative and critical?" said Santangelo, in the latest edition of Northern Virginia Magazine. "If you do, listen to sports talk radio, that's what they do. That’s not what I do."

Why my show was number one. I wasn’t negative and people loved that. Not saying you guys are but in general its a negative medium. And I’m done with this stupid thread. Have fun amongst yourselves

While clearly that didn't sit well with local D.C. sports-talk radio hosts, Santangelo -- in calling into 106.7 The Fan's 'Chad Dukes vs. The World' on Tuesday -- did feel compelled to clarify some context around his quotes.

Although the feature -- written by Buzz McClain -- was only published this month, the interview was actually conducted last fall. And Santangelo's "negative" remarks weren't directed at local hosts so much as those based in larger markets, like New York, Boston and Philadelphia, where hosts tend to be "more critical of their teams."

"Like, why are you so positive, and how can you stay positive?" Santangelo recalled the line of questioning. "And I tried to tie the whole thing in by finishing my answer with, 'If you want that, that's where you go for it.' And, you know, I really don't have a problem with anything I said and I wouldn't change a thing."

"And to be quite honest, I'm not backing off from my statement," he said. "There's a lot of negativity in sports-talk radio. There is. It doesn't mean it's you. It doesn't mean it's 106.7 The Fan. I'm just saying in general, having worked in the industry for seven years, there's a lot of negative takes, but that's the medium. That's the job. That's what you have to do, have a strong opinion on something to get enough emotion out of your listeners that they're gonna tune in, whether they love you or whether they hate you. And if too many love you, that stinks for ratings; and if too many hate you, that stinks for ratings. You've gotta be right down the middle so you have an equal amount of people that love you and hate you, and they're all listening. That's how you get ratings."

"But in baseball, as a baseball broadcaster, it's Bryce's job and Max's job to stimulate that emotion in you to watch the game on a nightly basis, not mine," he continued. "My job's not to have an opinion any more. My job is to explain the game, break it down up there in a way that everybody can understand at home -- the baseball junkie to the first-time viewer -- and let those guys evoke that emotion out of you. And every once in a while, the sports-talk radio guy in me will come out and I'll have an opinion on something, but for the most part, that's not my job any more. My job is not to be negative. My job is not to be critical."

Santangelo noted a clear distinction between the two professions, that as a broadcaster for the team, he's around the players and everyone inside the organization every day.

For the record, I respect the hell out of anyone in sportstalk radio. That’s how I got my start and had a blast doing it on a daily basis.I stand by my quote but the question asked to me was how and why I stay so positive. My point was in comparison, if you’re looking for...

...hard core criticism, that’s where you go and it necessarily doesn’t fit on the broadcast and isn’t my style.I’ve done all three.Played, sportstalk, team analyst. So I have a unique perspective.I respect all three and i know how hard all three are. Much love and respect for all

You can hear F.P. Santangelo on Chad Dukes vs. The World every Tuesday at 3:30 p.m. throughout the Nationals season.