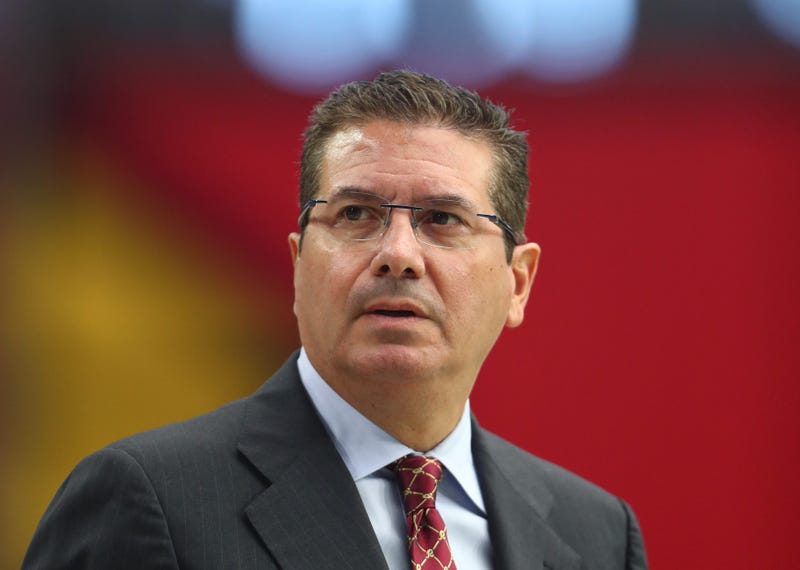 As we continue to pick through the rubble of the Redskins' 2018 season, it's feeling more and more like a bomb blast went off at the heart of the fanbase and all that's left is an empty crater.

Of everything that's happened this past year, not all started badly.

A new franchise quarterback leading the team to a 6-3 start. Nice marketing people being brought in to make genuinely transparent gestures towards the fans. A new team leader – who backed it up on the field (with four interceptions) – emerging in the secondary.

Everything, every bit of it – whether by fluke or by design – ended badly.

Alex Smith snapped his leg. Brian Lafemina was fired just eight months onto the job. D.J. Swearinger badmouthed the coaching staff one too many times and got the boot. And the Redskins finished 7-9, shut out at home, FedEx so overrun with Eagles fans that the Redskins got Fly-Eagles-Flown right off their home field, into another miserable offseason.

The only hopelessness even left is in longing for the days when Redskins fans still felt empowered enough to feel hopeless.

Even sadder, the Redskins and Cowboys – two franchises led by power-hungry owners with a propensity for meddling in football affairs – seem to exist in alternate realities.

The contrast of their reversal of fates is best exemplified in Gary Myers' new book – "How 'Bout Them Cowboys?: Inside the Huddle with the Stars and Legends of America's Team" – the initial premise for which, he says, goes as follows: "How is a team that hasn't been to the Super Bowl in two decades, how are they still the most popular team in the world and the most valuable team in the world?"
While Jerry Jones has managed to emerge from the flames more prosperous, and the legacy of 'America's Team' remains in tact, Dan Snyder's Redskins are showing signs of a bend-but-don't-break fanbase that has broken, maybe beyond repair. Myers cast his view from New York of the franchise in a phone interview with The Sports Junkies on Thursday. This walk through time will make your heart sink.

"I'll tell you what, I did my first story on Dan Snyder about two months after he bought the team," said Myers. "I came down there and I spent a bunch of time with him at Redskins Park, and I walked away thinking, I know he wants to be Jerry Jones, but he's gonna take a little bit different approach to it."

"I thought he was a really smart guy that was off to a rough start," he said. "He didn't have his own coach – it was clear that he didn't like Norv (Turner). But I thought he would get it together and was going to be a really good owner for Redskins fans.

"And to watch how that's deteriorated over the years, to the point that you watch Redskins games now and you see like a sea of gold, empty seats... To me it's just really sad, because I remember the old days when I covered those Cowboys-Redskins games at RFK Stadium and the fans used to bang on the seats and the stadium used to shake. It was so intimidating for a visiting team and such a great atmosphere, it's really sad to see what's happened there."

"It's a different world now up here," Bishop said.

"You whiffed on Dan Snyder," John Auville added. "It's OK."

"I did," Myers said. "You know, I hate to say that. I have no rooting interest obviously, but for Redskins fans, I'm just really disappointed, because it's just such a storied franchise and the fans there deserve better than he's been able to deliver over the last 20 years. I guess some guys just never learn. They just keep making the same mistakes over and over again. What a mess now."

"Yeah. We're doomed," Eric Bickel said. "It's alright. We ponder it every day. We're doomed. It is what it is."