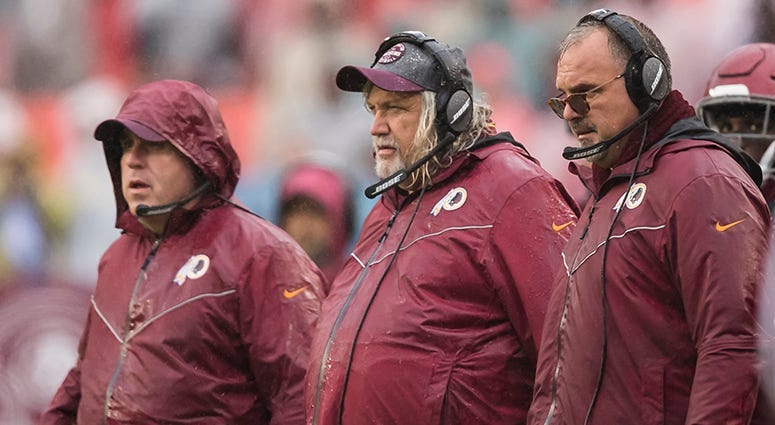 The Redskins trading for defensive back Ha Ha Clinton-Dix midway through the 2018 season proved to be a failed experiment, but it's Clinton-Dix who is laughing last.

The Redskins are indeed in a much better place now with Ron Rivera's coaching staff, but it was their former staff – all of which is now looking for work – that caused the Redskins to become a punchline while not even playing during the NFL playoffs on Sunday.

While wearing down the Seahawks defense during Sunday's climactic divisional round matchup, the Packers needed to drain two more minutes off the clock to advance to the NFC Championship.

With Seattle sorely needing a defensive stop on third-and-9, Aaron Rodgers dropped back and delivered a four-yard pass to tight end Jimmy Graham, who stumbled for an extra six yards to just barely move the chains for a first down. The Seahawks wouldn't get another opportunity to close the five-point gap.

The play that sent the @packers to the NFC Championship. #SEAvsGB #NFLPlayoffs
A post shared by NFL (@nfl) on Jan 12, 2020 at 7:00pm PST
Curiously, Jadeveon Clowney – one of the top pass rushers in the game – was called to drop into coverage on the critical play rather than rushing Rodgers. On the most critical play of the game, Clowney was reduced to flailing around, covering exactly no one, when he could have been pressuring the quarterback and disrupting passing lanes.

They dropped Clowney in coverage on 3rd and the season

This struck a cord among those who have closely watched the Redskins under former defensive coordinator Greg Manusky for the past three seasons. "They call that the Manusky," tweeted JP Finlay of NBC Sports Washington, drawing the attention of Bears defensive back Ha Ha Clinton-Dix, who played nine games for a Manusky-led Redskins defense in 2018.

Redskins fans should find consolation in knowing newly hired defensive coordinator Jack Del Rio prevent this from happening in the future. While addressing his plan to convert the Redskins defense from a 3-4 to a 4-3 base, Del Rio, in a 'Redskins Nation' appearance last week, stated his goal to better utilize pass rushers like Montez Sweat and Ryan Kerrigan.

"You've got guys like Montez Sweat, Kerrigan," Del Rio said. "These are guys that are some of your premier edge rushers and it just makes more sense to have them covering less and rushing more. I'll keep it as simple as that."
Video Categories:
Junks TV