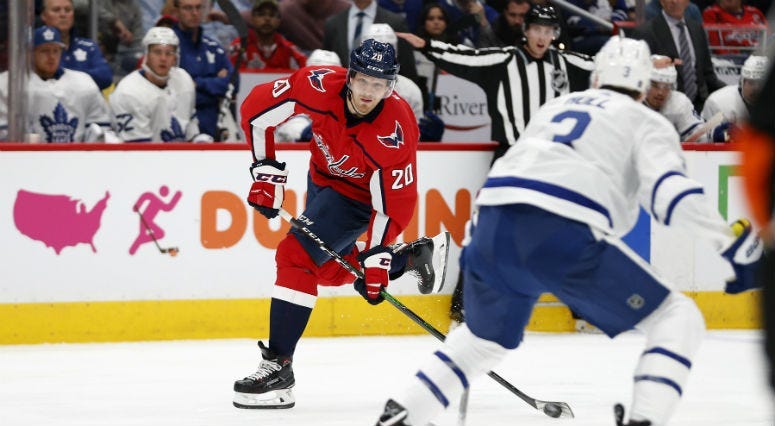 The Capitals have played "acceptable" through their first eight games of the season, forward Lars Eller says, but have laid a nice foundation to build upon.

"I think it's been acceptable," Eller told The Sports Junkies during his weekly appearance Friday morning – driven by AAA.

The Caps are 4-2-2 and just got their first home win of the season against the Maple Leafs on Wednesday. Friday night, they'll look to get their second against the Rangers, who are playing their second straight game on a back-to-back.

"No, not exceptional," Eller replied. "I think that the foundation is there for us to build on. I think we've been playing good hockey the majority of the time."

"Some games we had the lead going into the third (and) we'd taken it down a notch a little bit, maybe because we thought we could, and we got punished," he said. "Maybe that's a good thing going forward that we can learn from and grow on, grow as a team and learn from those mistakes.

"I think in general the game is trending the right way, maybe with the exception of one period against the Avs here the other day."

Caps defenseman John Carlson has gotten off to a brilliant offensive start, something coach Todd Reirden hints is by design, and is on points leader on the Caps with 14, on three goals and 11 assists after eight games.

"That's how good John is," Eller said. "I think, most of the time, when something good has been happening on our team – we've been scoring goals – it's been going through John. Like he seems to have a hand in that every time."

"He's really good both sides of the puck and right now everything is going through him somehow and it ends up in the net," he said. "So he's just playing to the level he's capable of playing, I think."