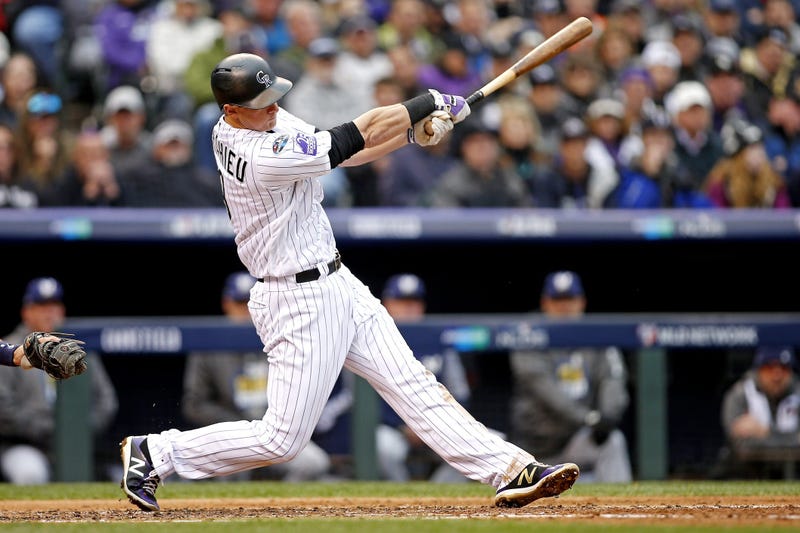 LeMahieu, 30, has also spoken with the Twins and Dodgers.

Because the Rockies did not extend LeMahieu a qualifying offer ($17.9 million), he will not cost his next team a draft pick, somewhat enhancing his free-agent value.

The Nats have also shown interest in Jed Lowrie, Josh Harrison and Marwin Gonzalez, according to Morosi. Gonzalez is the most targeted of the trio, as he split time at seven positions in 2018, primarily at first and second base, shortstop and left field.

LeMahieu won the NL batting title in 2016 with a .348 average, edging out Washington's Daniel Murphy, who hit .347. He would be an ideal replacement candidate for Daniel Murphy in the nation's capital. Murphy is also a free agent and has yet to sign with a club.

The stove is heating up elsewhere around the NL East, with the Braves signing a pair of one-year deals with third baseman Josh Donaldson and catcher Brian McCann.

Donaldson’s $23 million salary with #Braves will match what he earned last season in his final year of arbitration, which at the time was a record for an arb-eligible player.

Donaldson gives Atlanta a formidable top of the order coming off its first division title in five years in 2018.

The Phillies, who have long expressed interest in signing both Bryce Harper and Manny Machado, may not wait for the marquee free agents to decide their next homes. Morosi reports they have interest in Patrick Corbin, Nathan Eovaldi, J.A. Happ, Craig Kimbrel, Zach Britton, Michael Brantley and A.J. Pollock.