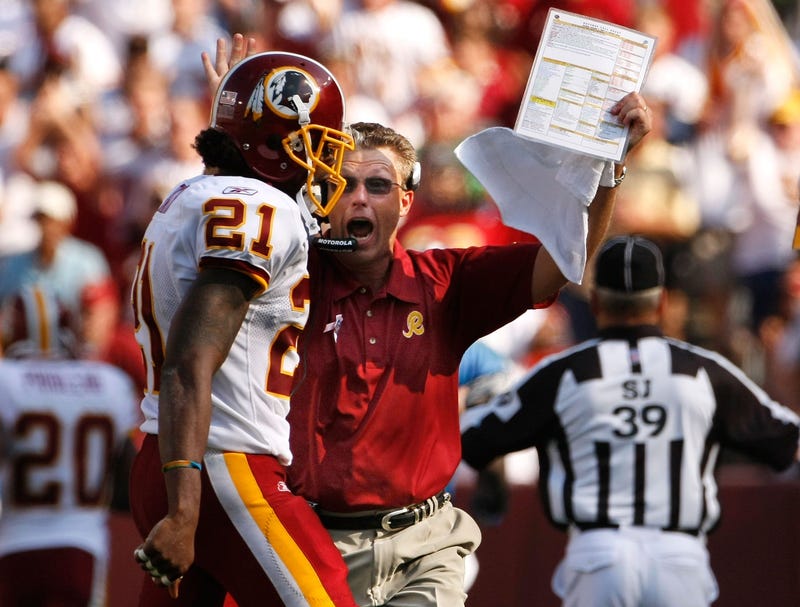 Talk of Gregg Williams returning to the Redskins in any capacity is just plain stupid. Next caller, please.

Williams is an alpha male. Redskins owner Dan Snyder likes to think he's an alpha, but is really more like a gamma. The two absolutely could not get along. It would be a repeat of Marty Schottenheimer's one-and-done tenure.

Snyder could have promoted Williams in 2008 when Joe Gibbs left. Instead, the owner passed because Snyder knew Williams would be too autonomous. Snyder instead hired Jim Zorn. Think how ridiculous that was.

The worst thing would be Snyder and Williams lying to themselves and forgetting the past while pledging to work together. It wouldn't last a day. The circus would be four rings around Redskins Park and come January at most you'd see Williams departing.

Now, Williams is a good defensive coordinator and could absolutely help this team. He's a great motivator, maybe too much at times because such intensity burns out players and coaches. In the short term, though, Williams does remarkable things, like leading Cleveland to a 5-3 mark last season as an interim coach. But even the Browns, who should have fallen to their knees begging Williams to stay, knew they couldn't live with Williams long term and promoted offensive coordinator Freddie Kitchens instead.

What Redskins coach Jay Gruden could most learn from Williams is the latter's sense of urgency. Gruden is a decent coach, but his practices lack the desire to get better right this moment. Blow a play in practice? Get back in that huddle and do it again. Gruden doesn't have the personal firepower that Williams does and it's what's holding the Redskins coach from reaching the 10-win category.

Williams is just like his mentor Buddy Ryan – too bombastic. It works in the short term, like the final weeks for Cleveland, but isn't sustainable.

And, nobody with any options really wants to work on the Redskins staff anyway. Coaches around the NFL smell desperation in Washington, the stink of one more season away from total housecleaning. Why take a job for just a year if you can go elsewhere, like Washington's special teams coach Ben Kotwica did on Wednesday when joining Atlanta?

Saying the Redskins should sign Williams is just nonsense to anyone who understands anything about this team.