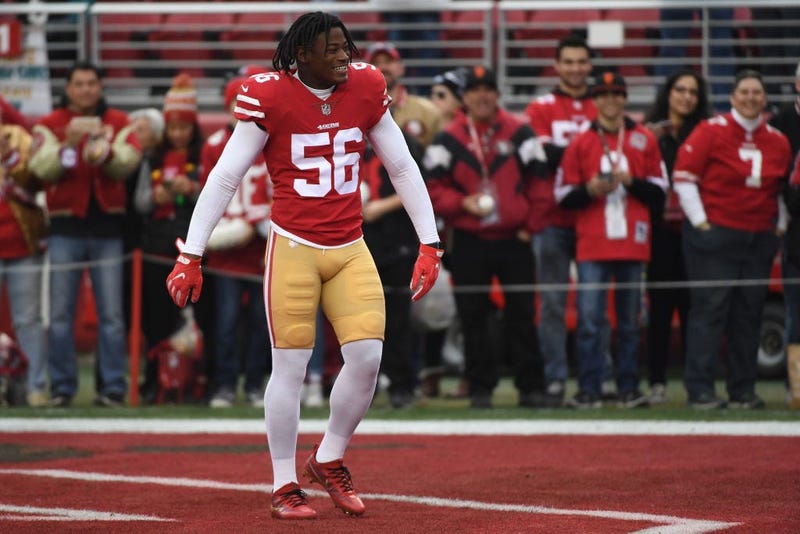 The team announced the move in a statement from senior vice president of player personnel Doug Williams acknowledging the circumstances surrounding Foster.

"The Redskins fully understand the severity of the recent allegations made against Reuben," Williams said. "If true, you can be sure these allegations are nothing our organization would ever condone.

"Let me be clear, Reuben will have to go through numerous steps including the full legal process, an investigation and potential discipline from the NFL, as well as meetings with counselors associated with the team before he will ever have the opportunity to wear the burgundy and gold as a player."

The team says conversations with former Alabama teammates led to the decision to claim Foster. There are seven other Alabama products on the team.

"Nothing is promised to Reuben, but we are hopeful being around so many of his former teammates and friends will eventually provide him with the best possible environment to succeed both personally and professionally," Williams said.

It was not immediately clear if or when Foster would report to the team's facility. Foster was arrested Saturday night for an incident at the 49ers' team hotel in Tampa, and he was released the next morning before their game against the Buccaneers.

Reports emerged later Sunday that police had been called on Oct. 12 for another incident between Foster and the woman in Santa Clara.

The 49ers claimed they had a zero-tolerance policy this season with Foster, who also was arrested on a domestic violence charge last spring involving the woman.

Foster is the latest player with off-field issues the Redskins have taken a chance on.

They signed linebacker Junior Galette in 2016 after the New Orleans Saints released him following a domestic violence arrest. The charge was later dismissed.

This past summer they signed running back Adrian Peterson, who in 2014 pleaded no contest to a misdemeanor reckless assault charge after being indicted for felony reckless or negligent injury to a child.

© Copyright 2018 The Associated Press. All Rights Reserved. This material may not be published, broadcast, rewritten or redistributed. Follow 106.7 The Fan on Twitter.)