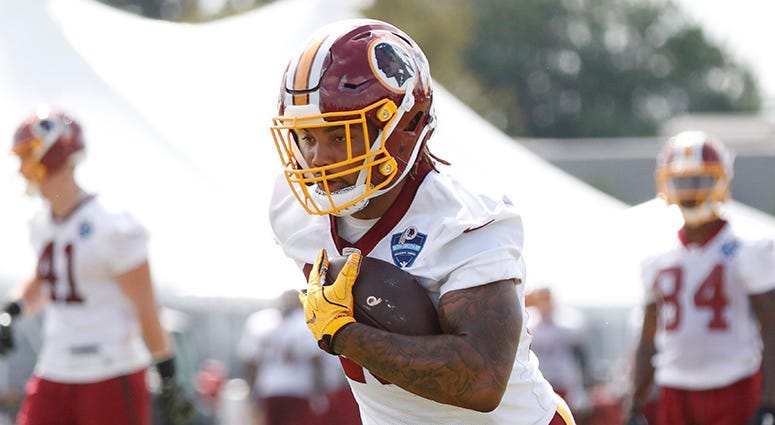 Redskins running back Derrius Guice has suffered a hamstring injury and may miss the start of training camp, sources tell 106.7 The Fan contributor Erin Hawksworth.

Redskins running back Derrius Guice suffered a hamstring injury and is questionable for the start of training camp, according to two sources. #Redskins #LSU #NFL

The second-year running back missed his entire rookie season with a torn ACL, suffered during Washington's first preseason game in 2018. 106.7 The Fan's Craig Hoffman has confirmed Guice tweaked his hamstring while rehabbing from the injury. Hoffman adds that the injury occurred several weeks ago, so Guice has already had time to heal.

Source confirms @ErinHawksworth report that Derrius Guice tweaked his hamstring while rehabbing.Not sure it really effects much, because he was already going to be monitored in camp. Also happened a few weeks ago, so has already had time to heal.

If Guice can't go, running back is one of Washington's deepest position groups, with Adrian Peterson, Chris Thompson, Samaje Perine, Byron Marshall, Craig Reynolds and fourth-round pick Bryce Love. Guice's absence, depending on how long it lasts, might open the door for the latter of the four to prove their worth in camp.