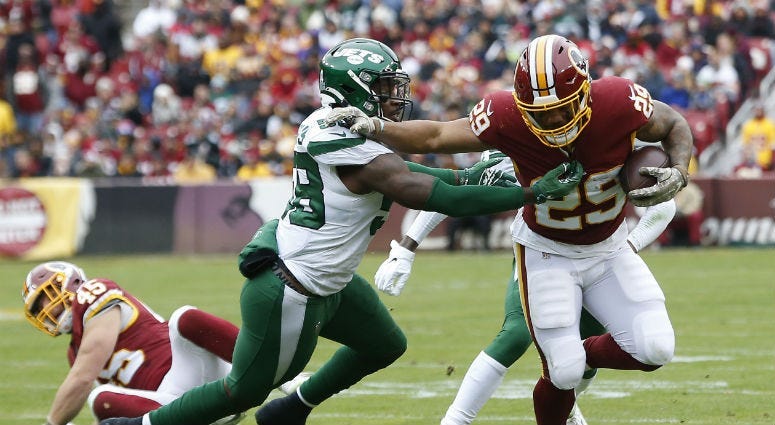 Depending on expectations, Sunday was either another disappointment for Washington Redskins fans or played out just like they expected.

Disappointing because the Redskins were coming off of a bye week and had two weeks to prepare for one of the worst teams in football, in the New York Jets.

Disappointing because the Redskins had not scored an offensive touchdown in more than a month coming into the game, and still took until the fourth quarter to find the end zone.

Disappointing because even in a lost season, this was the last opponent that the Redskins are likely to compete with. Instead, they fell behind 34-3 to a team that will also be competing for a top-five pick in next year's draft.

"We were just not on top of our game in any shape or form," interim head coach Bill Callahan said after the game. "I don't think we were close today. In the previous few games, we were close... Not today."

Nobody in Washington wants to imagine that the Redskins are that much worse than the Jets, but maybe they should. This has been the direction ever since the Redskins beat the Dolphins.

According to Spotrac, the Redskins have the seventh-lowest amount of cap space in the NFL, and the worst record of any team in the top-17. You can't fault the financial commitment that Dan Snyder and the front office made to this team, but it didn't work.

They expected to start Case Keenum or Colt McCoy over rookie Dwayne Haskins. They expected to have a healthy Jordan Reed, Vernon Davis and Trent Williams on offense. They expected production out of a talented defensive line and former Pro Bowlers like Ryan Kerrigan and Josh Norman.

Those plans crashed and burned. Now, next year is the priority.

Haskins is auditioning to convince the front office not to draft another quarterback next spring. Other youngsters like Geron Christian, Fabian Moreau and Hale Hentges have gotten long looks at the expense of winning.

The result is the second-worst start in franchise history (1-9), and the worst in the last 58 years (0-9-1, 1961). And yet, Sunday's loss had a silver lining, particularly for the youngsters.

Haskins threw his first NFL touchdown, a 45-yard catch-and-run by running back Derrius Guice. Terry McLaurin reaffirmed that he could be one of the NFL's best receivers, flashing elite speed, route-running, and the ability to wrestle an interception into a reception.

Don't dub them "The Triplets" quite yet, but this team needs pieces to build around in 2020. If flashes of potential turn into sustained success, then this season isn't wasted.

Looking ahead, the Redskins have one of the easier strengths of schedule for the rest of the season, but the temptation shouldn't be for winning.

If they can figure out who on this roster helps them turn the corner and who needs to go, then the pain of 2019 could pay off in 2020.