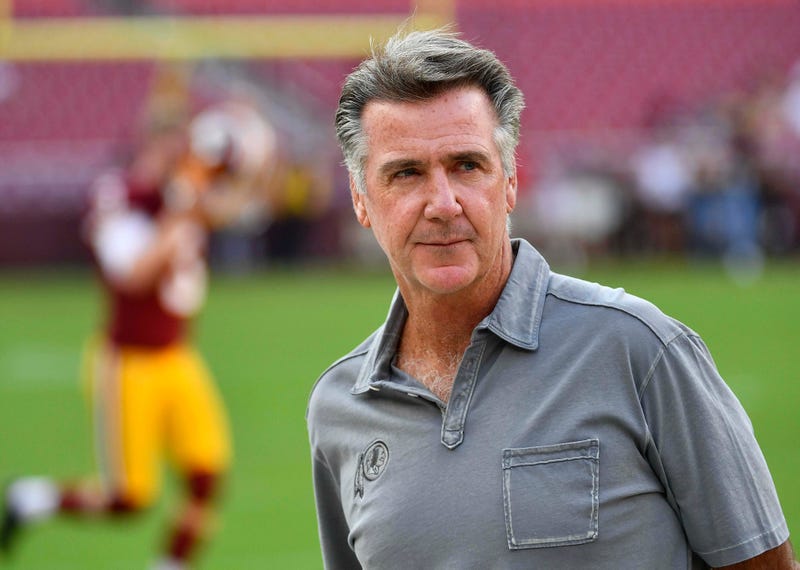 Big changes are coming to the Washington Redskins, sooner or later, Santana Moss predicts.
Moss – during his regular Monday appearance with Chad Dukes, presented by Paul Henry's Windows – was asked if he would have made a change following such a blowout defeat. The question prompted the former Skins receiver to take a bird's eye view of the entire operation and reflect.

"Look. You gotta understand something," Moss led off. "This whole organization's gonna go through an overhaul sooner or later. You know, there's already guys in the building that's trying to make the stadium situation better, the things as far as the entertainment side of it, to draw these fans back.

"Then at the same time, as a team, you have to really sit down as an organization and say, 'Are we moving in the right direction as a team?' We sit here time and time again and we can point out the injuries and say 'well, this is the reason why we didn't play as well.' But no, you can't keep talking about injuries, because I've seen teams in this league that lose coaches, that lose key players. You name it. They lose it all and they still go out there and put up better work than we have been showing for the last three years, regardless of our circumstances."

"You have to take a great look at yourself," continued Moss. "Look at yourself in the mirror and say, 'Hey. Are we moving in the right direction as an organization, as a team?' At the end, there's gonna be some changes made. I'm not the one to make that decision or make that call, but you almost have to think or believe that that has to happen for this team to get better."

While their season has gone off the rails since the loss of Alex Smith to injury, Moss says the Redskins looked particularly lifeless on Sunday.

"A lot of us didn't pick them to win," Moss said of his Redskins-Giants prediction. "But at the same time, one of the things I speak on more than anything is just the fight you have in you. I hate to see a team that doesn't seem like they're really playing together and have the same goal in mind. I mean, I understand when you're down and you feel like you're at your last straw, but please, show me some effort."