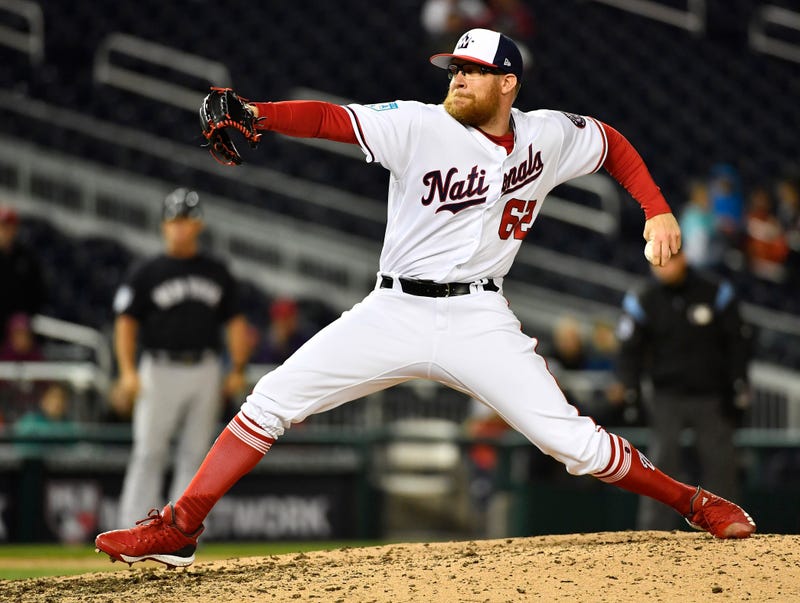 Nationals closer Sean Doolittle abruptly left camp for a week early this spring. A family emergency required his immediate attention, though it was clear what.

And while Doolittle isn't ready to make that reason public just yet, it affected him enough that he's changing his jersey number in 2019, from 62 to 63.

Doolittle, who joins Grant & Danny every Tuesday at 11:45 a.m. all season long -- presented by Lindsay Volvo Cars of Alexandria -- went into a little more depth about the situation with Danny Rouhier.

"It was something that really kind of caught us off guard as a family," Doolittle said. "And we're not ready for it to be super public yet."

The closer first broke the news on Twitter, telling Nationals fans he has giveaways planned to make up for them having to purchase new Doolittle jerseys.

I’m also aware that many fans have bought shirts or jerseys with my name & number on the back and I can’t tell you how much that means to me. To help fans update their Nats swag w some 63 gear for 2019 my wife & I will be doing some giveaways during the season so stay tuned!

"I've gotten incredible support from the Nationals organization, and my teammates, and the fans after I tweeted that yesterday," Doolittle told Rouhier. "Just because I know how expensive some of that stuff is. Like, people spent their hard-earned money on it. And I'm so grateful for the support that I've gotten from this fanbase and the people who have supported me during my career, that definitely factored into my decision.

"So my wife and I, we have some stuff planned too for this season to try to, I don't know, return the favor, so to speak, and just to hook some people up with some 63 gear. It's just a small gesture of our appreciation."