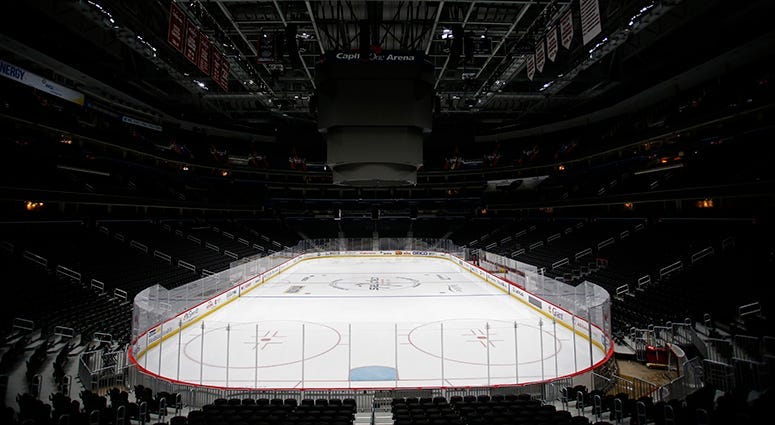 As the deadly threat of the Coronavirus spreads, what went underreported were the fears of the players, before their respective leagues made the call to effectively grind American sports to a halt.

Until Rudy Gobert of the Utah Jazz tested positive, forcing the NBA to shut down and all its players to self-quarantine, there was a real sense that the show must go on. That games, perhaps without fanfare, would still be played, with those same players traveling city to city risking exposure at nearly every turn.

For a sampling of their fears, look no further than this interview with Capitals defenseman John Carlson, who made his weekly 106.7 The Fan appearance – presented by The Purple Heart – with Chad Dukes on Wednesday.

"I think it's just something to be aware of," Carlson said. "Maybe it's just a good realization for people just to have common, general cleanliness and wash your hands and all that sort of stuff. I think maybe it's a good reminder for everyone to do that, even though we were supposed to be doing that since the last couple hundred years."

It wasn't until hours later, around 9:45 that evening, that the NBA issued a statement announcing its season would be suspended until further notice. Prior to that, players were left to consume the same news as you or I, wondering how they might be impacted by their robust travel schedules.

"We can't help where he have to go and what we have to do," Carlson said. "So yeah, it doesn't really stop us in any way, other than just I guess be careful with shaking people's hands and all that, the little things that maybe you could make a difference. I think the scary part of it is, if you do get it, it's not like they're gonna probably let you come back to work. So that's the only scary part for us."

The NHL – among other professional sports leagues – suspended its own season the next day.

Carlson's perspective informs our own, about what was truly at stake and why the leagues shutting down – while it robs us of our own escapism – was ultimately the correct decision to make.