Week 1 of the 2022 NFL season has been circled on the calendar for football fans across the country. But it gained extra importance for Cleveland and Carolina after the Baker Mayfield trade.

Mayfield and his new team, the Carolina Panthers, will host the Cleveland Browns on September 11th in Week 1 of the NFL season. It’s certainly a game that will have some extra importance for Mayfield.

Brian Baldinger and Jason La Canfora talked about what the game means for Mayfield on Audacy’s “Baldy’s Breakdowns” podcast.

“There’s certain things that he does that are really good. Is he a top flight quarterback in this league? No. But he can win you games, for sure,” Baldinger said (29:47 in player above). “He’s gonna win this job and oh, by the way, the schedule makers just happened to put Cleveland Week 1 in Charlotte.”

“It was about as prescient as you can get,” Baldinger replied. “There’s not an hour that goes by that Baker’s not looking to stick it to the Browns… He’s gonna grab a Carolina Panther flag and stick it right on the Browns sideline. You can just see this whole thing playing out September 11th.”

La Canfora could see Mayfield taking it a step further.

“I could see him going full Jim McMahon and wearing a headband that says like ‘I’m an adult’ or ‘Who’s the adult’ right? That was what broke the levee, right. That was when there was the point of no return when Chris Mortenson, who everybody knows is very well connected like has had a relationship with the Haslams for a long time, when he comes out and says the Browns think they need an adult at quarterback, that was it. That was the end.”

The Browns selected Mayfield first overall in 2018 and he led them to a playoff win in 2020 -- their first since 1994. But their relationship went south, as did Mayfield when the Browns traded him to Carolina on July 6th.

“I’ve just known Baker a long time,” Baldinger said. “I just know the way he’s wired. He hears all of it and all he does is use it as motivation.” 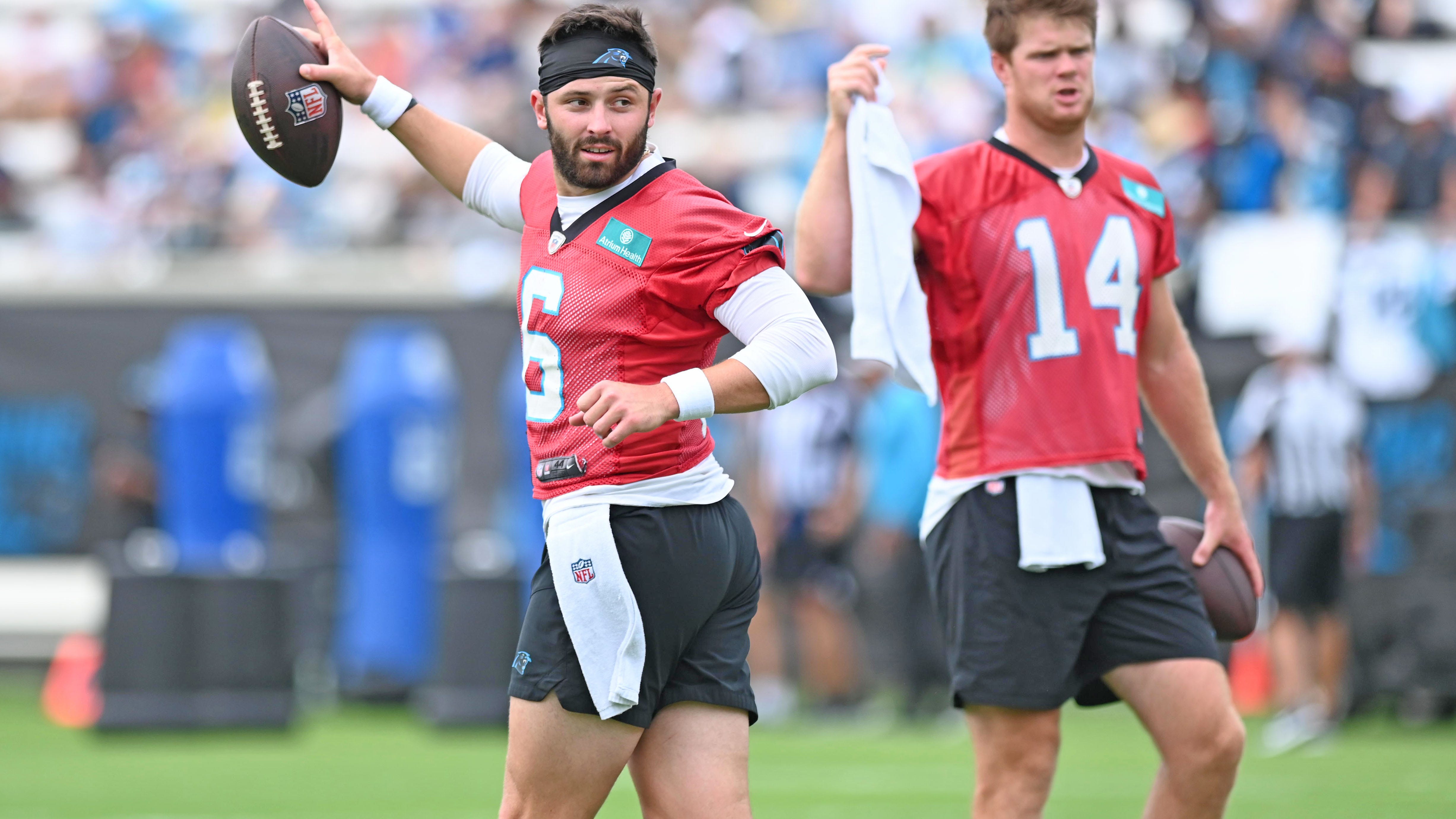