I’ve been lying awake since it happened, tossing and turning, trying to answer that very question.

Why would Johnny Cakes Auville, the sole owner and proprietor of the Always Bet Against Cakes Jinx, tweet something so fundamentally reckless with the Caps’ season hanging in the balance? Why.

He has to realize the power he has after all these years. Doesn't he?

This superstition goes way beyond fairytales and fantasy. This has its own track record. And it’s proven. Undefeated, even.

As Uncle Ben once prophesied to a young Peter Parker: “With great power comes great responsibility.”

With a hair over two minutes left in regulation and the Caps grasping to the narrowest of 2-1 leads, Cakes decided to... tempt fate? That's the most generous spin one could put on whatever it is this was:

I know it's late, but can any @Capitals fans plz post pics of forlorn and distraught Panthers fans? Thx in advance.

The Panthers would obviously go on to win the game and tie the series, two games apiece, thus erasing Washington’s home tilt gains as the series now shifts back to Florida.

Fire and brimstone rained down immediately. Ohhhhhh, did it rain down. For, the gawkers looking on had no doubt of what carnage they'd just seen.

You know you jinxed it right Cakes?!

my thoughts exactly. put your phone away for the rest of the series, Mr. Moneymetalcakes.

Delete your account, for the sake of the series.

Timing is everything 🤦🏻‍♀️

Tonight I’m gonna eat my vitamins and pray to Jesus that cakes faces an endless string of soul crushing 2 outers.

This is completely your fault.

Aren’t you a hockey fan? You know better.

Did you really need attention dollars this badly??

Always bet against Cakes … and his tweets

Perhaps you get the point.

There is nothing — and I mean nothing — that excuses this sort of reckless misuse of power. Which brings me back to my original haunting question.

It's quite clear something needs to happen, quite possibly something preternatural, to rightly rebalance the scales of the universe. And it needs to happen before Game 5. Lest the day of reckoning come before us to bring us to our knees once more.

The only question is what. 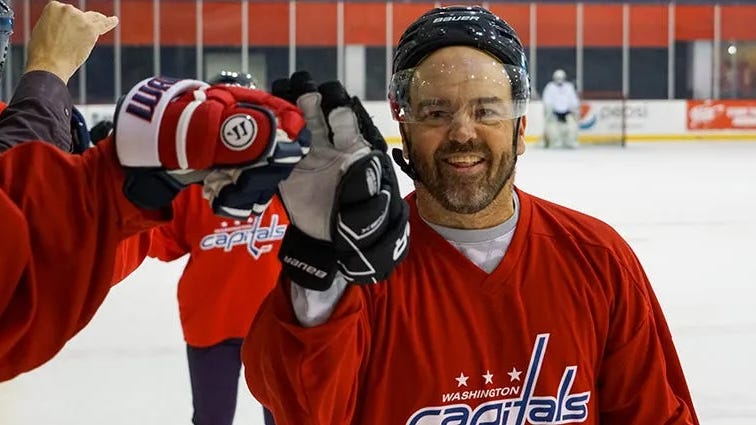