Once upon a time, Evgeny Kuznetsov's contract looked like a bargain.

After four NHL seasons, Kuznetsov had a body of work from which the Capitals could project his value, deeming him worthy of an eight-year, $62.4 million contract that would pay the center $7.8 million on average per season.

Only 25 in July 2017, Kuzy looked like the star of the future, who would eventually shepherd the Capitals into its next generation. He even helped the franchise win its first Stanley Cup in his first season of that deal, leading Washington with an incredible 32 points (12 goals, 20 assists) in the 2018 Stanley Cup Playoffs.

Kuznetsov has been a shell of himself in every playoff series since, generating a cumulative minus-6 plus/minus with 11 total points in the past three postseasons. Not only did he miss the first two games of Washington's first-round playoff series against Boston, he delivered exactly zero points in the three games he was available, a series in which the Caps could have desperately used some production.

"What is his value? What is he as a player?" Barry Svrluga wondered Tuesday morning with The Sports Junkies. "You signed him to an extension. I mean we talk about these three straight postseason first-round exits. To my mind, maybe the biggest difference between when they won the Cup and these really disappointing springs has been... when they won the Cup, Kuznetsov, you could argue, was their best player.

"Ovi won the playoff MVP and I get that, that makes sense, but nobody had more points in the 2018 Stanley Cup Playoffs. He scored the game-winner in Pittsburgh in overtime. He looked like he was one of the 15 best players in the league. And he just disappears now."

"There are questions about his commitment level and off-ice behavior that I don't think are really clear," Svrluga said. "I'm not sure what his trade value is. I think if you looked at the team after the Cup, you would say, well, he's a really important piece going forward because he's not in his 30s yet."

Kuznetsov is now 29 and heading into the fifth year of his deal.

"He's a younger guy," Svrluga continued. "They have obviously Ovi and Backstrom as the mainstays, but Ovi's 35; he'll be 36 next season. Nick is 33. You kind of needed Kuzy to be that guy who was consistent. So I think internally there's a lot of frustration with him."

Svrluga wonders if Kuznetsov's performance and reliability have dipped enough that the Caps might consider leaving him unprotected in the upcoming expansion draft. Same as with Vegas in 2017, the expansion Seattle Kraken can select one player from each team, and the Caps can protect either: seven forwards, three defensemen and one goalie; or eight skaters (forwards/defensemen) and one goalie.

The presumption by many previously had been that, because of his age and burdensome contract, the Caps would make a hard choice and leave T.J. Oshie exposed. Seattle probably hopes that's still the case, because it would make for a hell of a story being able to bring the Washington native home.

But after another disappearing act from Kuzy, it might make more sense for the Caps to rid themselves of someone who's increasingly becoming a problem more than he's not.

"There's an expansion draft coming up with Seattle. They have to go through that whole exercise of who are they going to protect and who are they not," Svrluga said. "I'm very curious to ask [GM] Brian MacLellan tomorrow: What do you do with Kuzy? And can you get him to be the player he was when they won the Cup? Because if he's not, he's not worth having around."

"Getting nothing in return is frustrating," he said. "But you do get that salary relief, right? And I don't know enough about the free agent market for centers — I haven't gone down that rabbit hole yet. Like, is there somebody out there that they could sign for $7 million a year that would be more consistent? I don't know that."

"I just know that when you watch the playoffs, and this has been consistent going back to the Carolina series, he was AWOL in that series in 2019," he continued. "They were heavily favored to win that series. They lost in seven, double overtime at home in Game 7. You know, last year was weird with the bubble tournament in Toronto. But again, he didn't produce when Backstrom was hurt, out with a concussion for most of that series. And then AWOL again this one." 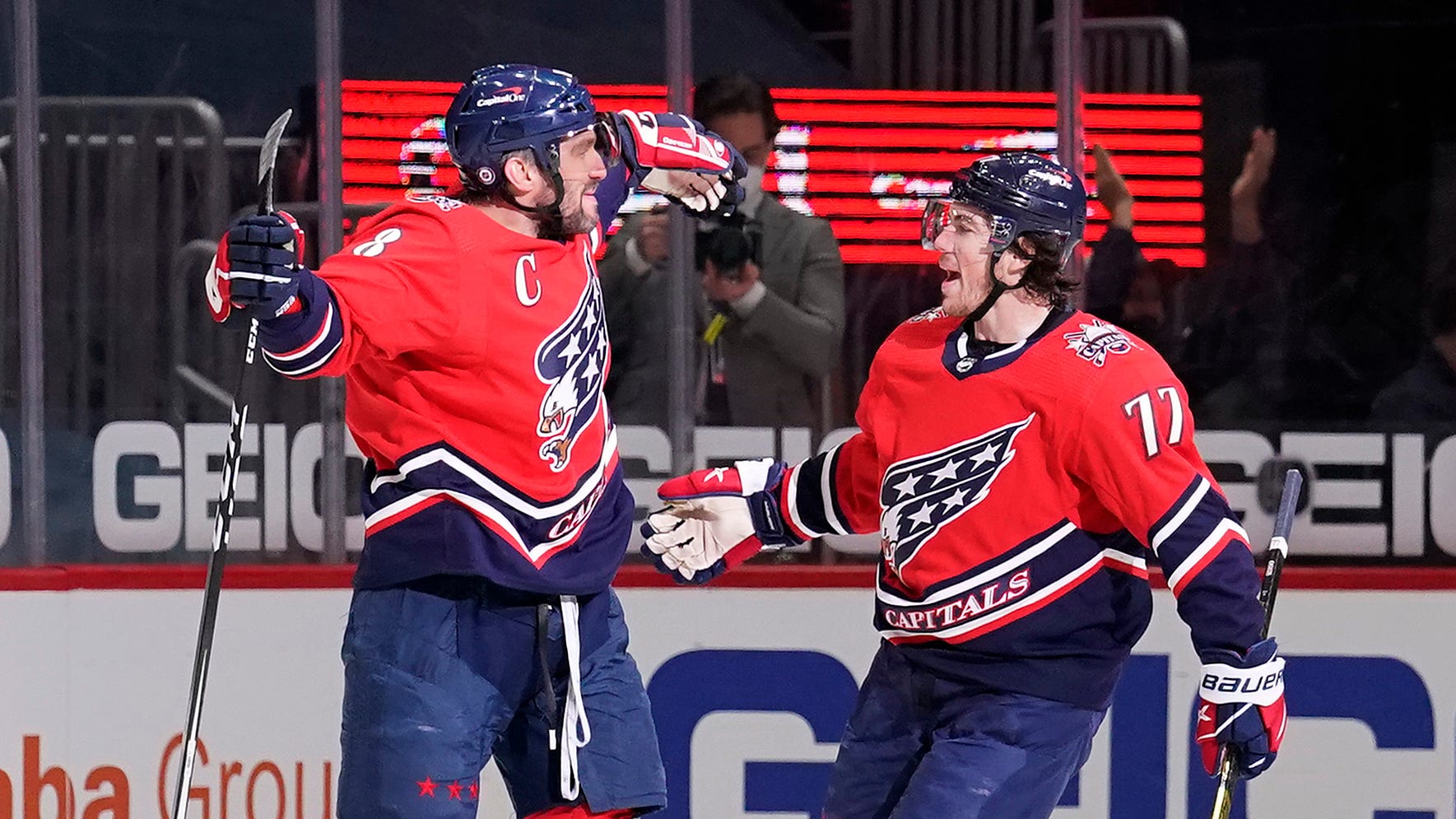 T.J. Oshie, Alex Ovechkin say they want to finish their careers in Washington