It seems as though legendary NBA player and popular analyst Charles Barkley is sticking to the career trajectory that he laid out a couple of years ago.

“I think about it every year,” Barkley told John Ourand of Sports Business Journal in 2019. “I’m not going to work forever. I can promise you that. My goal is to try to make it to 60. I turned 56 a couple of weeks ago. I think 60 is a nice round number.”

And if he's thought about it this year, it doesn't look like he's made any drastic changes to that plan. Barkley joined Audacy Sports affiliate 106.7 The Fan in Washington, D.C. to discuss retirement plans, "cancel culture," criticizing players and a whole lot more on Monday afternoon.

"...The PC people are out overboard right now," Barkley said. "I can't imagine you guys doing a show every day, how crazy it is for you. Like, it's gotten so out of hand right now, I couldn't imagine having to watch myself. You can't even have fun nowadays without these jacka**es trying to get you canceled and things like that. Especially you (Danny) being a comedian, but still just having fun talking about sports.

What keeps him going? The exciting stars of today's NBA. Rooting against super teams. The banter that he and the "Inside the NBA" team have, now forever documented an an awesome feature, both on- and off-camera. Oh, and maybe his hatred of rival sportscaster Skip Bayless, which isn't something that comes as a surprise if you've been paying attention.

He dug deeper into his philosophy as a basketball analyst and why it doesn't align with that of Bayless and some others in the industry.

"I can't criticize some guys and not criticize the other guys," Barkley explained after he was asked about whether or not players, coaches and agents get mad about his comments — which they do. "I think you lose all your credibility, because that's the one thing I hate about a lot of sportscasters. The one reason I hate punk-a** Skip Bayless is because he cherry picks the guys he likes and the guys he don't like, and if you actually have paid attention to him going back, you can just tell he hates that guy or he loves that guy, and I don't think that's the way you should do your job.

"I made up my mind a long time ago, whether a guy's a friend of mine or not, I'm going to tell the truth and I can sleep good being fair."

And he's right — one thing you're not going to get from Chuck is a sugar-coated appraisal of a certain player if that doesn't reflect how he truly feels.

It seems as though 60 years old, or 2023, is going to be the end of a run of excellent entertainment and analysis from Barkley, so we should be sure to take it all in while we still can. Luckily, a replacement option (wink, wink) has already emerged. 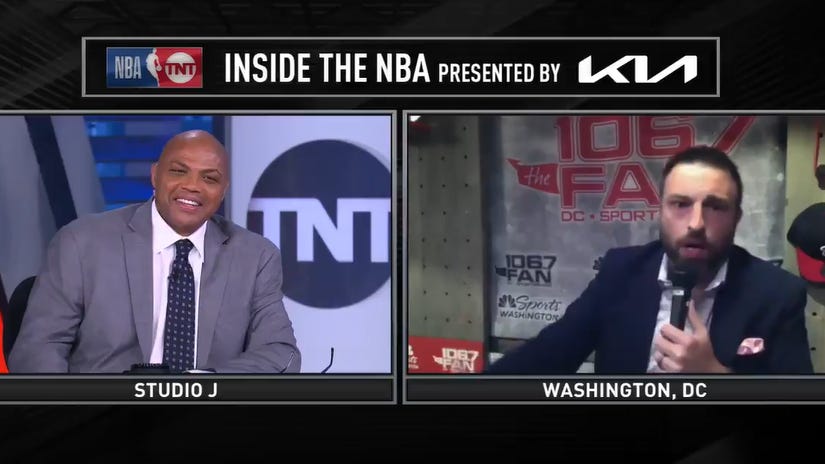