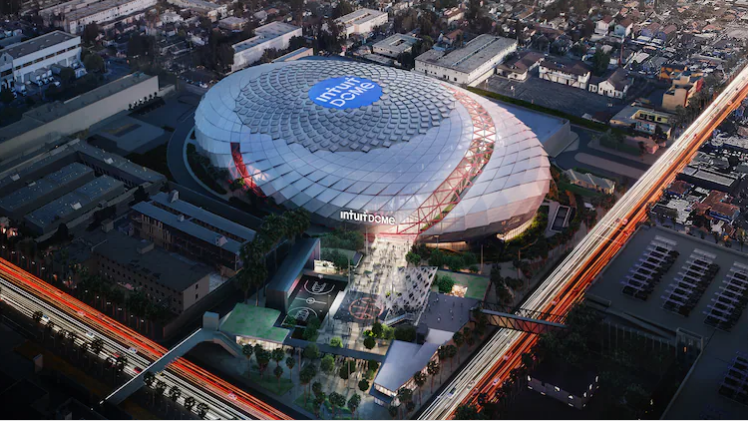 A rendering of the future home of the Los Angeles Clippers shared by Intuit Dome on Sept. 17, 2021. Photo credit Intuit Dome
By Marie Estrada, KNX 1070 Newsradio

For the first time in Los Angeles history, the Clippers are breaking ground on their own home. Ten miles southwest of the Staples Center lies the site of the future “Intuit Dome” in Inglewood.

“This is no hockey arena, it’s where basketball is played and watched on five different courts,” Clippers Power Forward Paul George said, narrating a dome introduction video. “Where concerts are sung and heard with perfect pitch. It’s for the ballers.”

Intuit, which will have naming rights to the venue for the next 23 years, is a global technology platform that makes accounting software TurboTax and Quickbooks, among other products. The nearly $2 billion dollar basketball and concert venue will have room for 18,000 seats.

Home is LA. Home is the @Intuit Dome. pic.twitter.com/GnciGCpqfx

“Today a construction site at the corner of Century and Prairie,” she said. “But tomorrow a global destination for basketball fans, music lovers… and anyone who’s ever been moved to stand with 18,000 voices that echo as one.”

Zucker credited Ballmer with the revolutionary concepts that fans will see when they enter the dome and said he’s picked and planned everything from the comfort level of the seats to the revolutionary two-sided halo scoreboard to be lit by “a full acre of LED lightning that encircles the top of the bowl.” 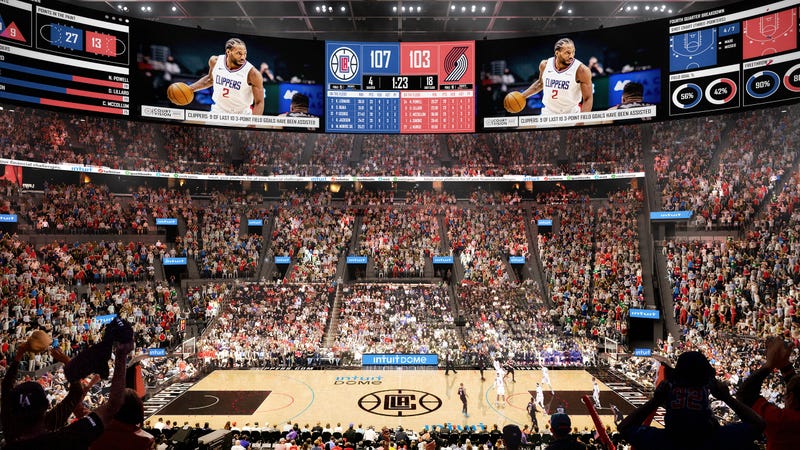 A rendering of the future home of the Los Angeles Clippers shared by Intuit Dome on Sept. 17, 2021. Photo credit Intuit Dome