The Cubs are going to be sellers at the trade deadline and the White Sox should be buyers. Could the two Chicago clubs make a deal this season? It’s possible.

One of the Cubs’ big pieces to potentially move is Willson Contreras. The 30-year-old catcher is having a great season, with 12 home runs and an .877 OPS in 64 games. That would be a marked improvement over White Sox’s three home runs, .224 batting average, and .591 OPS from the catcher position.

Gabe Ramirez and Tyler Buterbaugh speculated on a possible Contreras trade across the city on the latest episode of South Siders.

“Cubs fans are tired of (the White Sox) winning the trades,” Ramirez said. “First of all, you’d have to give up way too much to get Willson Contreras, but I wouldn’t mind doing it. I wouldn’t mind giving up some prospects.”

They speculated on a guy like Reynaldo Lopez as being someone that could be included in the trade package. Lopez was primarily a starting pitcher but has made 26 of his 27 appearances in relief this season. He's 4-1 with a 3.00 ERA and 1.09 WHIP in 33 innings.

Ramirez then made an eyebrow-raising proposal.

“I’d give you guys Reynaldo Lopez and I’d give you back Eloy Jiménez,” Ramirez said, to which Buterbaugh laughed “I wish you were the GM.”

While trading Jiménez might not realistically be on the table, the idea of Contreras getting traded to the South Side might not be too far fetched. 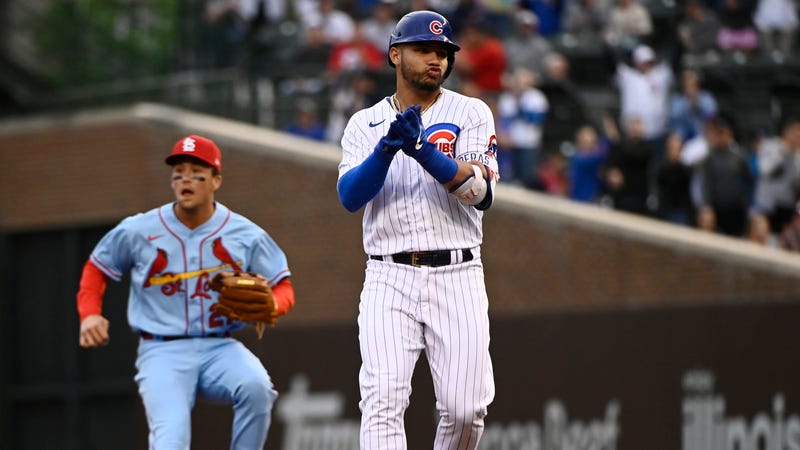 Bob Nightengale on Cubs' Willson Contreras: 'I think he's gone for sure'