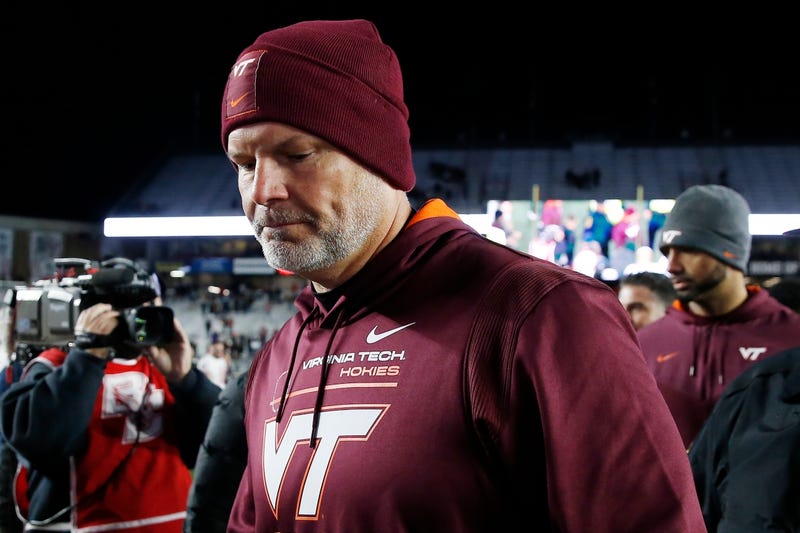 Virginia Tech's Justin Fuente could see the writing on the wall so the Hokies football coach decided he would rather leave the program now rather than wait and be told to pack his bags.

Virginia Tech announced Tuesday that Fuente is out, effective immediately.

Discussions about Fuente's future picked up last Wednesday when Hokies athletic director Whit Babcock informed Fuente in a weekly meeting that his return for another season was far from certain. Instead of remaining in limbo, Fuente “wanted to move on,” the AD said during a news conference Tuesday.

That announcement came after Fuente and Virginia Tech officials worked out the details of his buyout Monday. Fuente and the school agreed to reduce Virginia Tech's buyout obligation from $10 million to $8.75 million. Before the negotiated settlement, according to his contract, if Fuente were to be fired before mid-December he was to be paid $10 million; if he remained in his job until after that time, he was owed $7.5 million.

Babcock said the lack of an identity and consistency were two big factors in his decision to make the coaching change and begin a national search for Fuente's successor. The AD said he would have preferred Fuente finish the season.

The Hokies (5-5) play at Miami on Saturday and finish the season at Virginia.

“This is a place to do something special never before been seen at Virginia Tech,” said Babcock, who was hired in 2014. “Our next coach will get us there. ... We define excellence at Virginia Tech is to rise up and surpass and that’s exactly what we need the next coach to do. And that we fully plan to do."

Fuente, 45, replaced College Football Hall of Famer Frank Beamer to start the 2016 season and had immediate success. The Hokies were 10-4 and won the Atlantic Coast Conference's Coastal Division championship with Fuente earning ACC coach of the year honors, but that success became harder to sustain.