It would be impossible to overstate the impact Georgetown legend John Thompson had on college basketball, and on Black youths in particular growing up in the D.C. area during the 1980s and 90s, says ESPN columnist Clinton Yates.

you can watch it up to this point or not, but at the 9:50 mark you learn everything you need to know about John Thompson.

watch the rest to learn about the city I grew up in. https://t.co/sCPj10Y8Dz

Yates voiced an impassioned response to Thompson's death Monday morning, trying to put into words what Thompson meant to him personally. 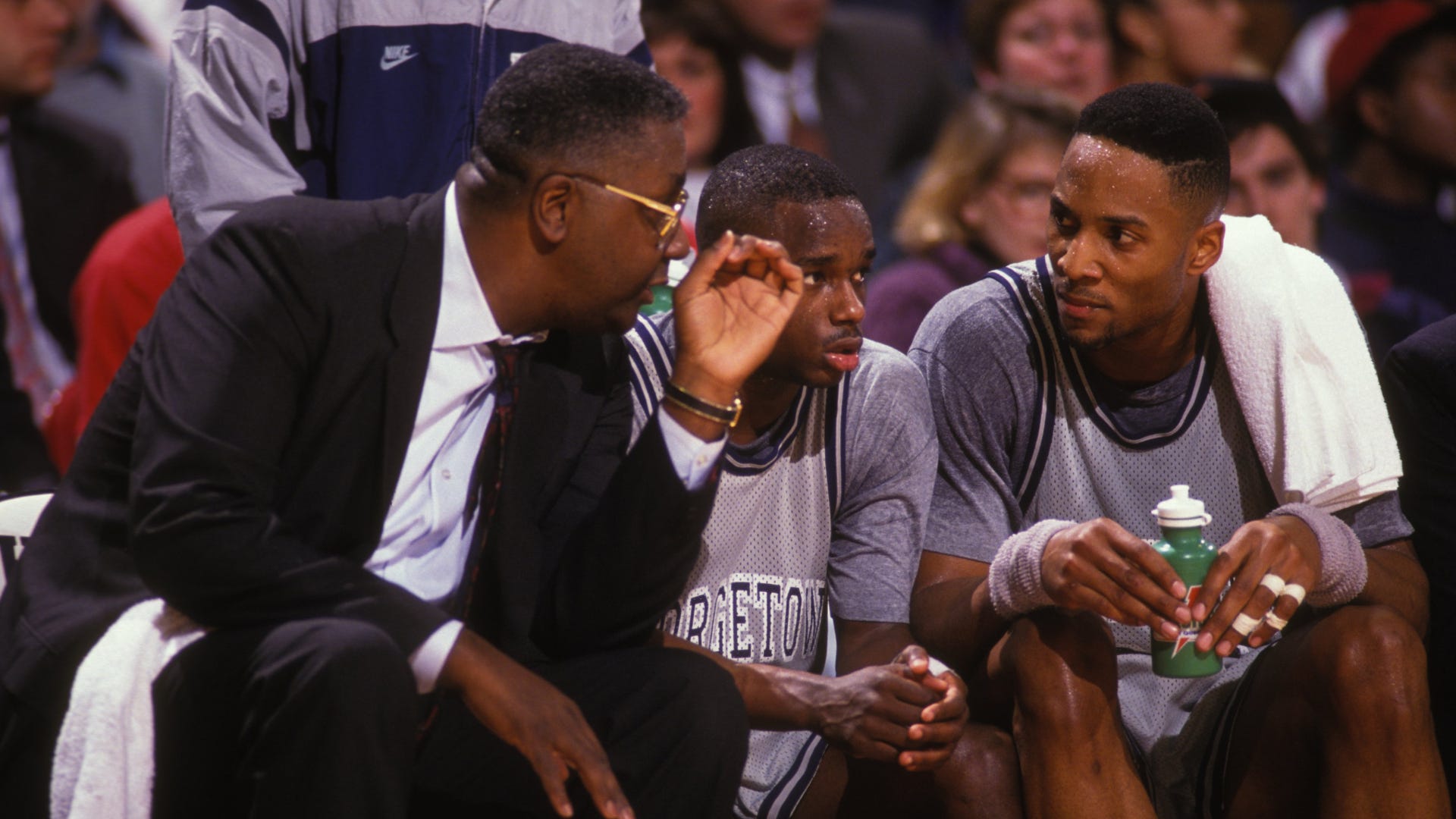 "I'm gonna be 40 next year. I grew up in the city. My dad is from D.C. as well and I've got a rack of family that's basically just from around the area," Yates told The Sports Junkies. "Just sort of basic level, I honestly don't know who I would be as a sports fan and as like, honestly, like a Black athlete growing up in a world in which John Thompson's Hoyas don't exist."

"I mean my first experiences with big-time sports, in terms of going as a fan as a kid, were when my dad had season tickets out at the Capital Centre," said Yates. "And I'll never forget the day he came back and he was like, 'Yo, Clinton, you're gonna have to come with me to a game.' And I was like, 'What are you talking about?' Because he always used to go — I was a kid — and then when I was like seven or eight, he's like 'you're coming with me.'"

"My first introduction to what big, important basketball sports stuff was was that's the team we root for, that guy's the coach," he continued. "Okay. Huge, loud, mean brotha who basically is in control of his entire squad, and they were good not just here, but everywhere.

"It is a defining part of my Blackness, quite frankly, as a brother from D.C., the fact that I could root for John Thompson and the Hoyas and I just, I don't know, man, it's almost hard to even put into words."

talked to my dad just now, to thank him for introducing me first hand to the greatness of that 80s and 90s Hoyas experience w John Thompson in his glory

he replied with something he very rarely says: “that was important for us to do together and those were some our best times.”

"Yeah, I mean, and that was motivational, but that was canon for what I thought it was supposed to be," Yates returned. "I mean his existence is almost something that if you wrote a movie about it and you said, okay, well here's the story: Some brother from D.C. grows up, ends up becoming one of the best players in the country in high school, goes on to do it in college, backs up Bill Russell, oh, and then, by the way, comes and turns around some random Jesuit school that ends up being at the forefront of developing the entire game of college basketball through the Big East, and he did it by being loudly and unapologetically Black to every single person, and he turned out Hall of Famers and all that."

"You'd say no, that's just not real. That's ridiculous," he said. "And then you'd say, oh wait, it also happened in 80s and 90s D.C., when the city was what it was in terms of how people lived and how the crack era had completely washed away a lot of parts of the Black community? You wouldn't believe it.

"But not only was John real, he was thriving and there was nobody else like it, and everybody felt touched by simply existing and being around a program like that. It was one of the best programs, the most important programs in pop culture history in America. End of story. And John Thompson is the reason, mainly. It's just really wild."