It didn’t take a genius to realize something was amiss with Tua Tagovailoa on Sunday.

For Mike Florio, it was then that things went haywire.

Tagovailoa suffered his second concussion in just a few days Thursday, getting carted off the field during their loss to the Cincinnati Bengals. He is responsive and flew home with the team, but it is a terrible situation for the player, and the ordeal is rightfully calling into question the viability of the concussion protocol.

During Sunday’s game against the Buffalo Bills, Tagovailoa was evaluated for a concussion after slamming his head on the ground in the second quarter. He got up and was visibly woozy and stumbling, but ultimately was allowed to go back and finish the game. He cited a back injury as the cause of the pain, but medical experts were skeptical that was true, as were most people using the eye test.

Addressing the situation during his weekly appearance on 560 Sports’ “Joe Rose Show with Zach Krantz”, Florio ripped the decision-makers who allowed Tagovailoa to play Sunday.

“I think it should be as hard and fast a rule as it is for the fencing posture," Florio said. "When we see that (Sunday) – and we all saw it, it’s know it when you see it and we all saw it and we know it – he was knocked woozy by his head hitting the ground.

“The rule should be the player does not return to the game no matter what happens in the locker room, no matter how many tests he passes, he should be done for the game, he should be in the protocol. If that happened with Tua on Sunday, there’s a pretty good chance he’s not even playing last night.

“My A1 agenda coming out of last night is to push the NFL aggressively to get rid of the loophole that lets a player who has that gross motor instability, that wobbliness, to return to the game. Because that’s where this all got off the rails on Sunday, because we all know what we saw.

“It’s astounding to me that the team physician and the UNC (unaffiliated neurotrauma consultant) let this guy get back in the game because that means they concluded that what we all saw wasn’t neurologically caused, and we just know that that’s horsecrap.”

The NFL already was investigating if the Dolphins had appropriately followed protocol with the Sunday incident. While that investigation is not yet completed, NFL VP of Health and Safety Policy Jeff Miller said to The Washington Post this week that “every indication” is the protocol was followed properly.

Even if it was, there are a lot of questions that the league has to answer in response to this situation. Not just in how it was handled, but also how to prevent these things going forward. 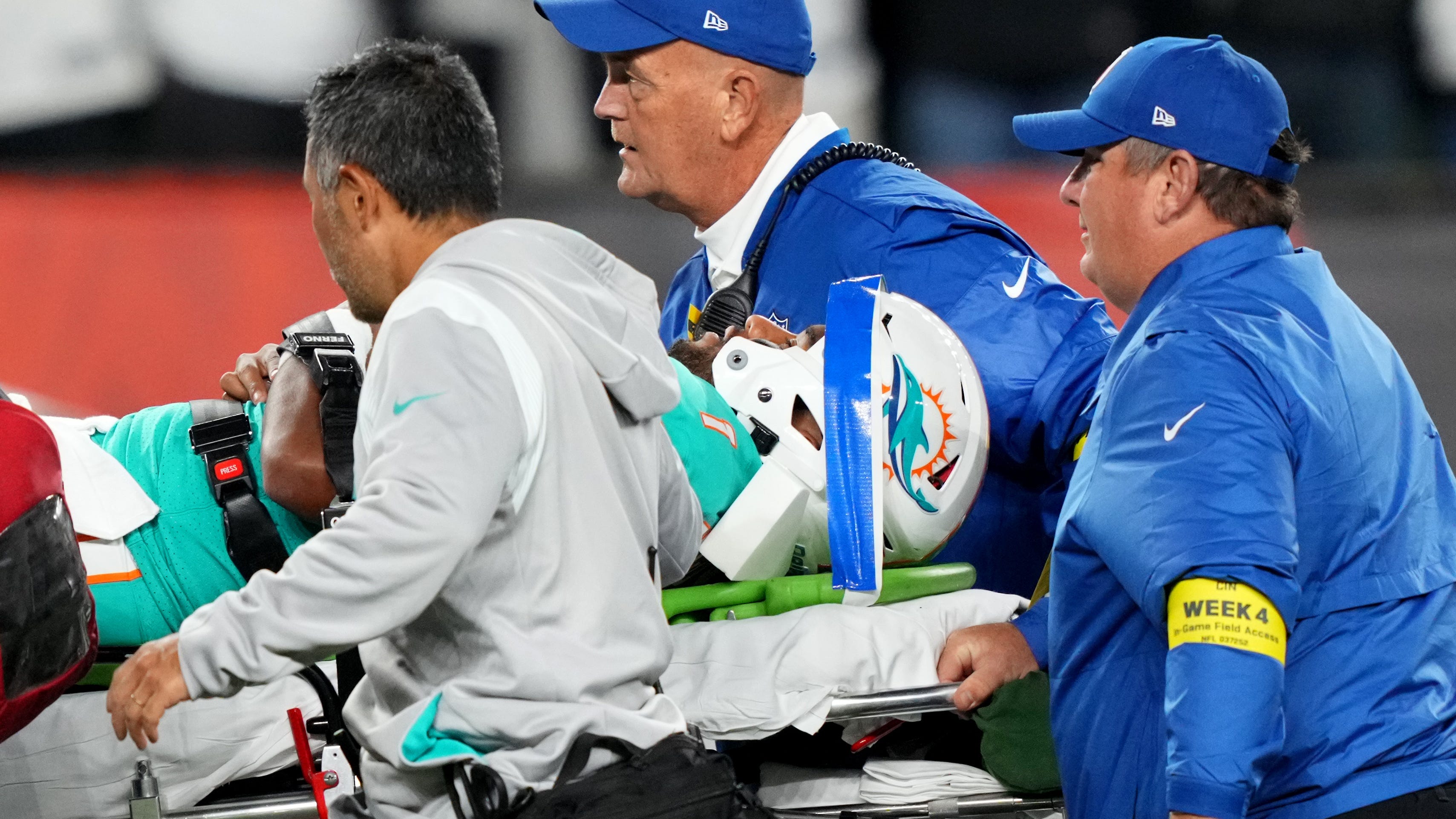 NFL, Dolphins crushed on social media after Tua's second concussion within a week