It's hard to predict what the future might hold for the Washington Nationals, with the Lerner family declaring its intent to explore potential changes to its ownership structure.

That could include "the possibility of selling the team," as Barry Svrluga reported for The Washington Post on Monday. Or this exploratory process could result in the Lerners bringing on additional partners, as team spokeswoman Jennifer Giglio pointed out.

But, based on what he's hearing from people familiar with the process, Svrluga tells The Sports Junkies he's "fairly certain" the Lerners are going to sell. When asked in which direction he gets the sense Nats ownership is leaning, he posited that it's toward an outright sale.

"Again, I'm writing a news story, I have to [write] this is what they said, and that means something. Like, they are saying this publicly," Svrluga told The Sports Junkies on Tuesday. "I think that because, publicly, they want to keep all their options open, right? Like if they got an injection of cash and they could still maintain control of the team, maybe that makes some sense."

"In the end, I don't think that's what's going to happen," he said. "I am fairly certain they are going to sell. That's what people who are familiar with the process have told me."

Nats managing principal owner Mark Lerner told The Post his family has hired New York investment bank Allen & Company to research potential investors, and possibly buyers, for the club. It's the same investment bank that managed the sale of the New York Mets to Steven Cohen, who purchased the MLB club for $2.4 billion in 2020, as well as the NFL's Carolina Panthers in 2017. Allen & Company has also recently been hired to manage the sale of the Denver Broncos. 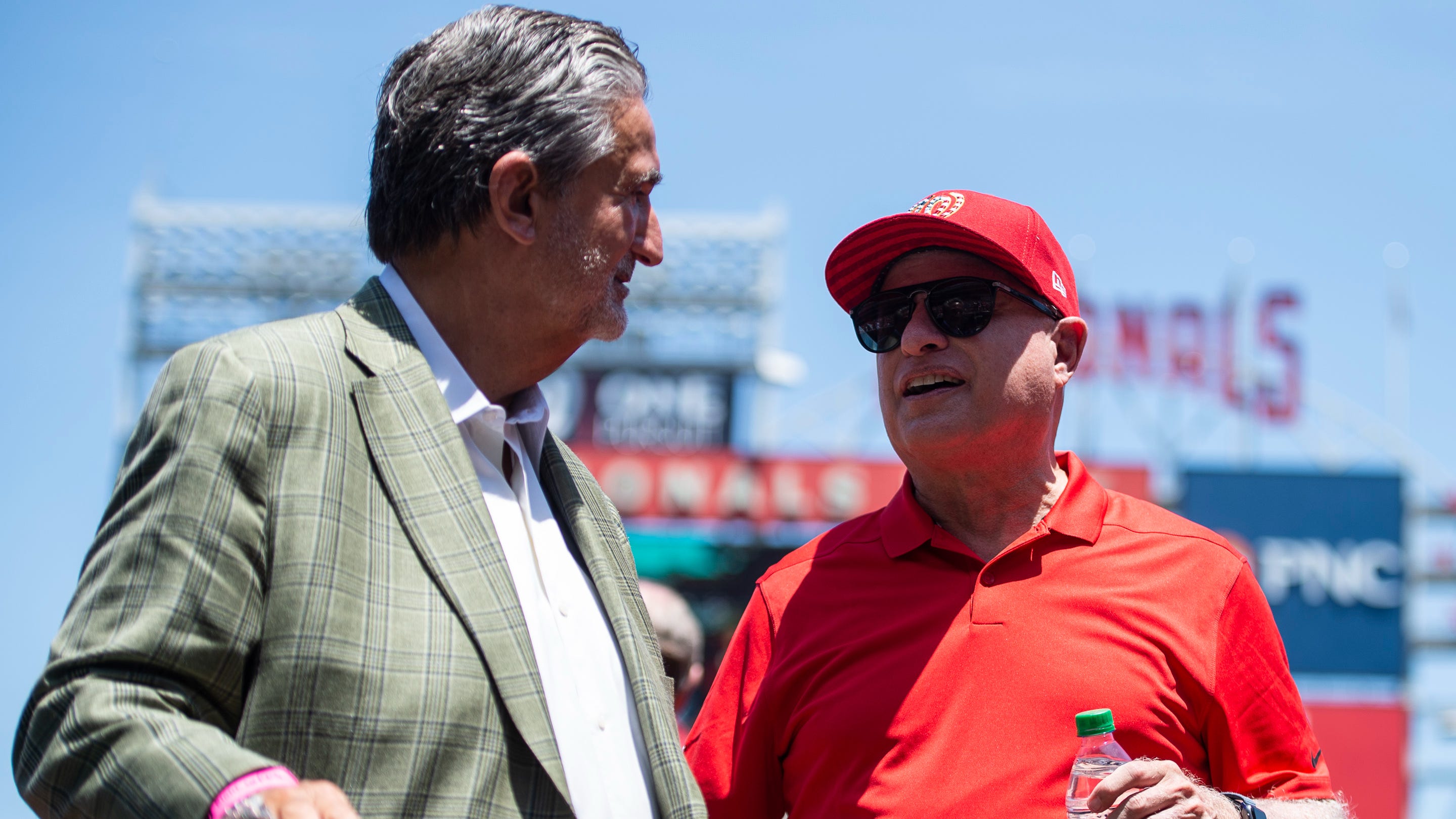 SOURCE: Ted Leonsis in talks with Lerners about purchasing Nationals

"And also, I think if you look at just the facts of the case, this Allen & Company — the investment bank — you don't pay them what I'm sure are exorbitant fees to dilly dally around exploring getting a little bit more cash," Svrluga said. "I think you hire them to find a buyer. And I would just be surprised if — I get the sense that the family, if they came to this conclusion, they're not doing it lightly. I don't think they're doing it to keep their toe just slightly in the water, I think they're diving in.

"Again, that's just my sense. Maybe we get out of this process and they just have a couple of extra investors, but I think it's a fairly dramatic announcement to just, you know, that would just be kind of transactional. I think that they're gonna sell the team."

One potential contributing factor that could have driven the Lerners to this decision is the impact the pandemic has had on their primary business, commercial real estate. Around the country, many business have not returned to their respective offices despite the pandemic finally easing. That could result in some companies defaulting on their leases. Also to consider: a considerable number of companies are no longer in business, which could result in the same consequence.

"I put that question to the Lerners through a spokesperson: Did the commercial real estate suffering during the pandemic, did that have an impact on this decision?" Svrluga said. "They said — it was a very flat one-sentence response — and it was 'fortunately, our real estate business continues to thrive.' I mean, maybe that's true, but I think you're right..."

"First of all, their commercial real estate business is not their outside business, that's their primary [business]," he continued. "That's how Ted Lerner became a billionaire. He borrowed money from his wife when he was like 26 years old to start his company, and started buying properties around D.C. and became a self-made billionaire. That's what drives the train for them. The Nationals are an ancillary business.

"And this is conjecture on my part but I think it makes a lot of sense, if you're looking at your main business that is not making the money that it once did... if that's struggling, and then you go through the pandemic-shortened baseball season with no fans in 2020 and another season that's impacted at the gate last year, it's not that difficult to see them sitting in a boardroom going, 'We've got two losers on our hands right now and we need to make sure we can stem the bleeding a little bit.'"

"And remember, they bought this thing for $450 million in 2006," he noted. "Whatever the price they get — the Marlins got like $1.2 [billion] or $1.3 billion — they're gonna clear a lot of cash, if in fact they sell it. So I could see, just from a business standpoint, that they don't like having two assets on their hands that are struggling. You know, the smart thing to be to cash out." 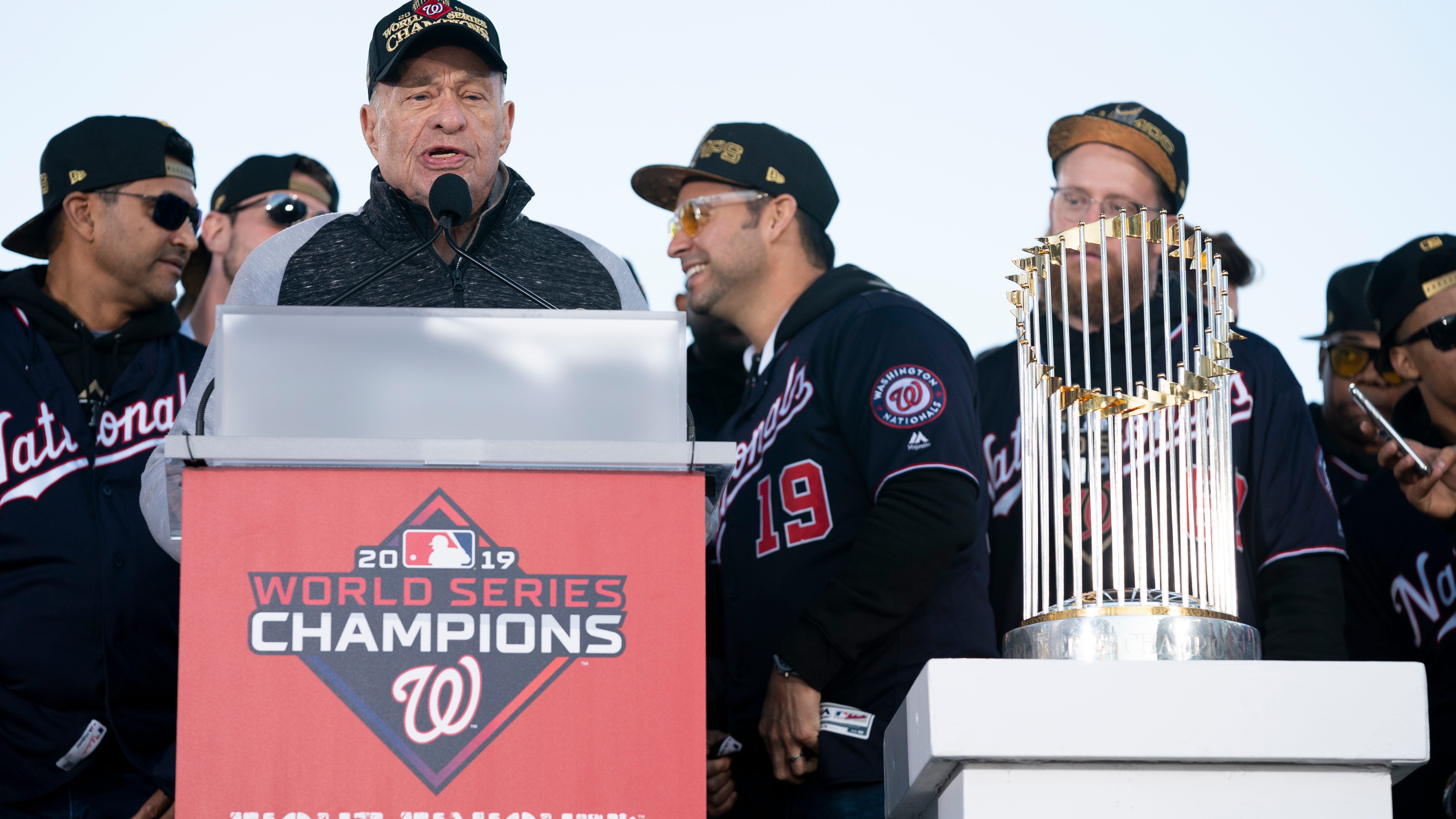 Lerner family to explore selling Washington Nationals, assessing 'all of the options'