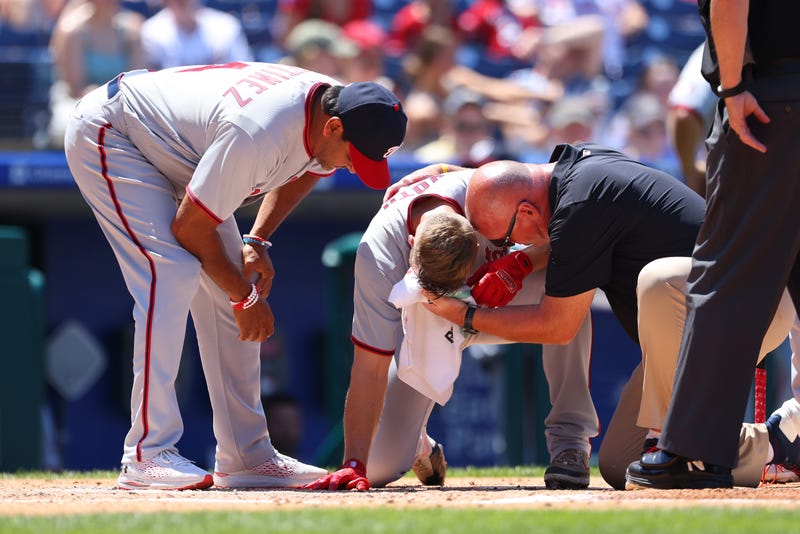 Nationals right-hander Austin Voth has been reinstated, 12 days after suffering a broken nose when he took a 90-mph fastball to the face at the plate.

In a June 6 game against the Phillies, Voth attempted to lay down a bunt in the top of the third when Phillies right-hander Vince Velasquez unleashed a fastball on a beeline towards Voth's face, leaving him in a bloody mess.

Voth has since undergone surgery to repair multiple fractures in his nose.

Now, after missing nine games, Voth appears to have made a full recovery and rejoins his teammates as the Nats begin a four-game series against the Mets.

The Nationals announced a host of other roster moves on Friday, most notably Starlin Castro's return from the Restricted List. Outfielder Andrew Stevenson has been placed on the 10-day Injured List (retroactive to June 17) with an oblique strain. The Nationals also optioned right-handed pitcher Ryne Harper to Triple-A Rochester.