The Washington Nationals could get a Herschel Walker-like return for Juan Soto, but only if Nationals ownership agrees to trade their star slugger.

The Lerner family was in this position once before, with Bryce Harper in 2018, but ultimately decided against trading Harper away for a haul of prospects, only to see him walk away in free agency for nothing a few months later.

Now in the same position with Soto, complicating matters further is the gravity of the Lerners' legacy weighing on them. The Lerners are in the midst of exploring a sale of the team. Do they want to be known as the owners who traded a player who could go down in history as one of the best ever?

To that end, Grant Paulsen of 106.7 The Fan believes, based on conversations he's had over All-Star Weekend, that the baseball people inside the Nationals organization would pull the trigger on a trade today if it meant maximizing returns for Soto.

"I've talked to a lot of people and have some good intel on this, I feel like, coming out of the break here being in LA," Paulsen said Thursday on 106.7 The Fan. "But I think the baseball people want to trade Juan Soto right now. Because they know that every day that passes, his value diminishes."

"And they would like to trade him now, because then your smaller and medium market teams are gonna get in on this," he continued, "because they can talk their owners into having three swings with Juan Soto to win a World Series. It's unprecedented. You normally trade for a guy like Soto, you get one run, renting him for a few months. You get two runs if you're lucky. See: Trea Turner from Washington to LA last year for a year and a half left. This is two and a half years and three postseasons."

"So a Tampa Bay, or a San Francisco or a Milwaukee, or these teams that would never spend on him to keep him in free agency," he added, "they could still give up the four or five, six prospects — whatever it might take — to bring him in because they have an opportunity to win two titles in the next three years, and that's justified to them. So the baseball people, I believe, would like to trade him now."

"What I'm not convinced of," Paulsen said, "and the reason I don't think he gets traded at this deadline, as of right now; I don't think the Lerners will sign off on it. And this is just my speculation based on information."

"I mean what's the closest thing we could come up with," Danny Rouhier said. "Harper in 2018. The deal was done, until it wasn't."

"They didn't sign off on it," Paulsen said. "Rizzo (the baseball people) got a deal in place knowing he was gonna leave, took it to the Lerners, and the way it was always told to me was the Lerners basically said at that time, 'We can't do it. This is real? Oh my goodness. I can't believe that we're actually here. I can't be the guy that traded Bryce Harper.'

"And I think it'll be the same with Juan Soto. But I do believe they're gonna work at getting a deal. They're gonna pit all these teams against each other to try to get the best possible return and it would be historic. This is Herschel Walker stuff in baseball. I mean there will never have been a trade that nets a team more than the Nationals will get for Juan Soto if they trade him."

Paulsen dropped perhaps the biggest nugget of the conversation next.

"My huge question now is would he accept anything," Paulsen said. "I believe and have been told that if the offer starts with a five, he would accept it. So I believe that to be the case. I'm not convinced, though." 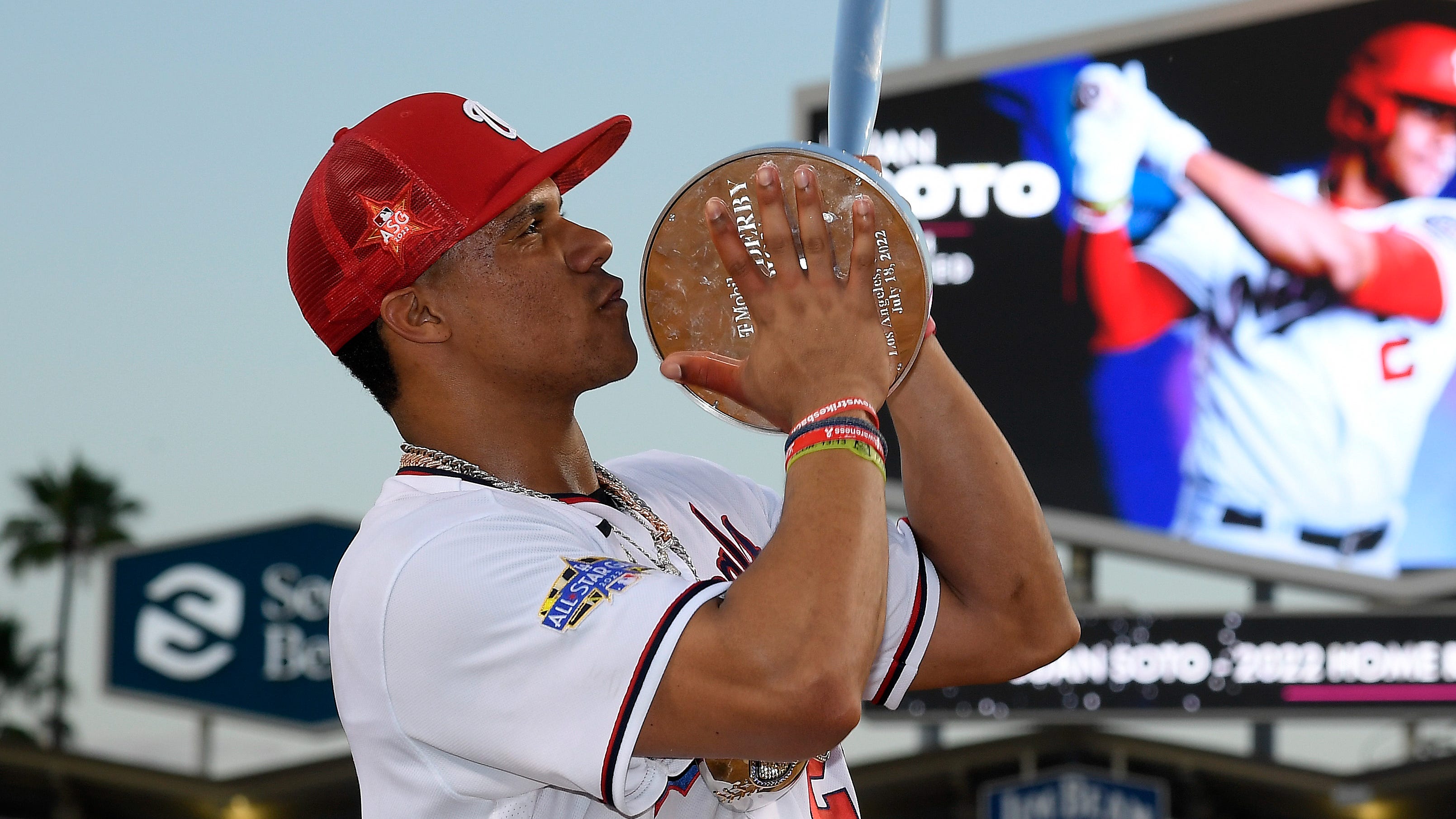