The Nationals have a deal in place to extend manager Dave Martinez's contract, 106.7 The Fan's Grant Paulsen confirmed Friday.

The news was first reported by Jon Heyman:

Breaking: Davey a Martinez is being extended by the Nationals

Good job by Nats to get Davey Martinez extension done. Unclear what the particulars are at this point.

The key for Davey Martinez (beyond the World Series title of course) is forging excellent relationships with GM Mike Rizzo and the Nats players.

Martinez is reaching the end of a three-year contract he signed with the Nationals in Oct. 2017 to take over for former skipper Dusty Baker. The Nationals held a club option to retain Martinez for 2021, but general manager Mike Rizzo expressed a desire to give Martinez a new contract, as a reward for leading Washington to a World Series title in 2019.

"I think he's earned a longer term deal and my goal from the beginning was to do more than just pick up his option for next year," Rizzo recently told 106.7 The Fan. 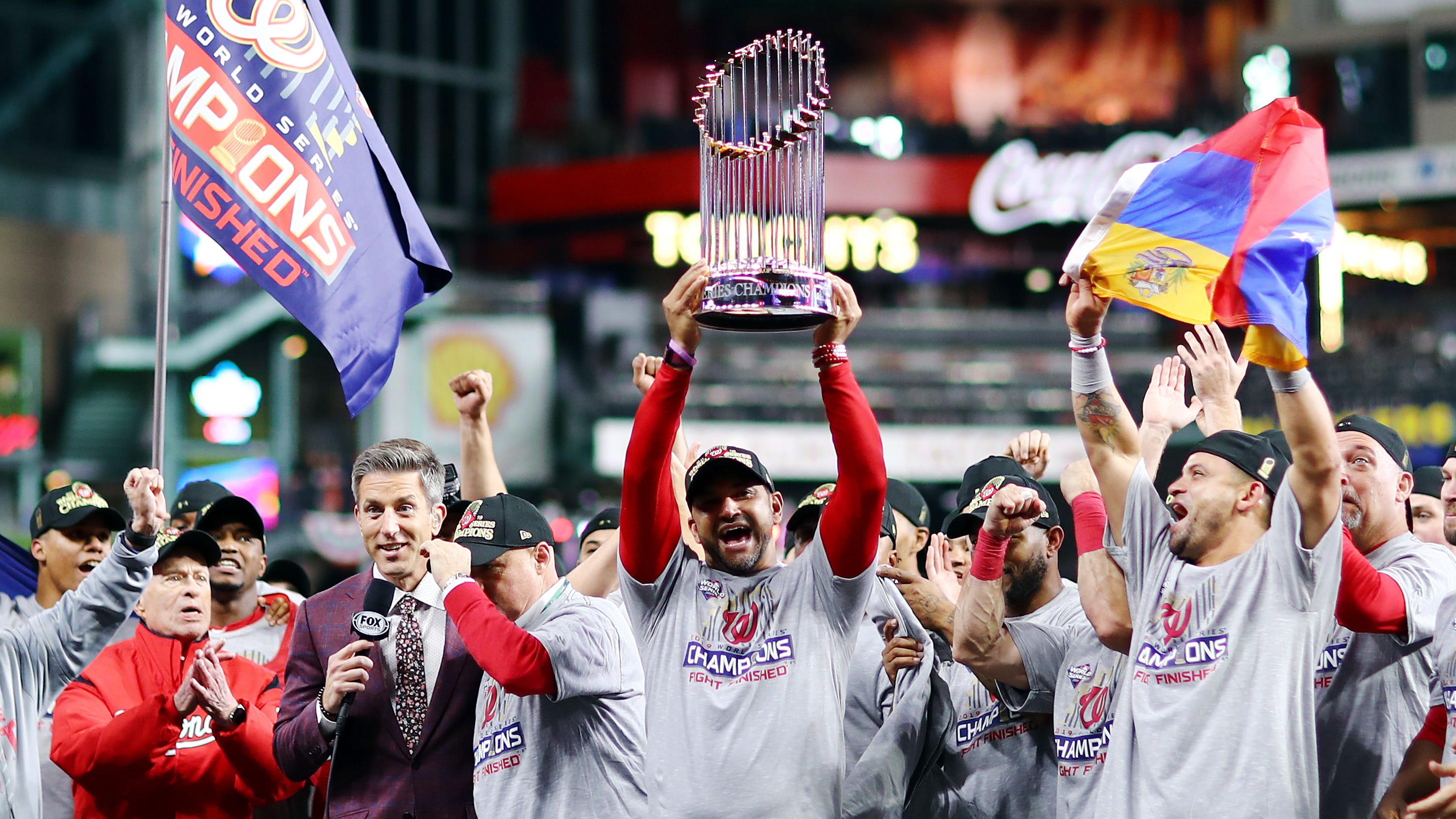 "I think you reward people for doing a good job," he said. "We always say this is a performance business, and people get fired for lack of performance and you should get rewarded for extremely good performance."

The Nationals have a new deal with Davey Martinez, source confirms. Terms aren't known yet, but it's a new contract that goes beyond 2021, which is what Mike Rizzo has been saying was his preference. (@JonHeyman first reported the agreement.)

Dave Martinez's three-year contract is worth a total of $7.5 million, averaging $2.5 million per year. https://t.co/rnpBJGJFtW

In 16 seasons of Nationals baseball, Martinez is the first manager to make it to a fourth season. Frank Robinson, who followed the franchise over from Montreal, managed five seasons total, but only the latter two seasons were in D.C.