You may recall several weeks back when a Sports Junkies listener generously offered to front Drab T-Shirt $10K for a year of sports betting.

Ever since learning of his $25K hospital debt (the cost of birthing twin girls), Junkies listeners have been falling all over themselves to line Drab's pockets. One even launched a GoFundMe page without Drab's consent, prompting Drab to demand it be taken down in a huff while famously proclaiming, "I'm not nubbs!"

While Drab's latest benefactor is long in real money, he does come up short in attention dollars — he's expressed his preference for anonymity. Which makes no difference to Drab, who provided this critical update to The Junks:

Drab: The update is: the money is in the account!

Bish Bucks: You're kidding me.

The Big Unit now has one calendar year to turn a profit off that $10K. His sugar daddy has agreed to split whatever net gains are made at the end of the 12 months. Importantly, Drab won't have to cover the losses, either, when he inevitably poops the bed.

EB: You're NOT doing that! You know how bitter he would be?

Drab: He'd be so bitter, yeah.

Drab plans to keep a diverse portfolio of action, free to splurge when he thinks he has a lock or playing small when there's no need to force it.

Drab: Nah, the former for sure.

Cakes: I think you have to feel like a protector of the money.

Valdez: Drab's like a fiduciary. Key word on the 'douche.'

EB: You also want to show that you have some acumen, and you're not just gonna light his money on fire.

Drab: Well, I wanted to do some safe plays, stuff that will keep the money around longer, but I also like putting $25 down on a massive parlay and hoping for the $40K payout.

Cakes: So you're also gonna bet on some massive fades, just to kind of build it up a little bit.

And, shocker, it wasn't long before Bish Bucks was trying to get in his pockets...

Bish Bucks: Drabby, here's one. Why don't you play the San Francisco Giants on the run line, +115? Because they're playing the D-Backs and the D-Backs literally can't win.

Bish Bucks: They blew a 7-0 lead last night. They've lost a million in a row. I mean I can't believe they're gonna beat the Giants in this game.

We're all winners here in the long run. If Drab's successful, it's a great story for the show. If he's nubbs, even better.

And until that judgment day comes, the benefactor has just hooked us all with a fountain of material for Bit Season. 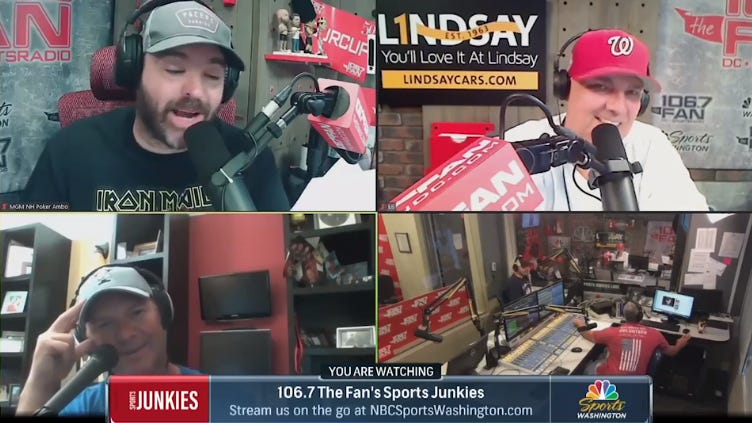 Cakes reads a letter from a new fan in Russia