The Commanders have botched so many wrinkles of their rebrand that it has The Sports Junkies pondering insane thoughts.

Like, what if Bruce Allen was still team president? Would the organization be better off? That kind of insanity.

Here's how the conversation played out Tuesday morning on 106.7 The Fan:

Cakes: One of the most laughable things about the last 10 or 15 years with the Washington organization... was this whole mantra that, well we're keeping Bruce Allen around because he's so politically connected and he's the stadium point guy. How's that worked out?!

EB: Drabby was saying that we should still have Bruce Allen.

JP: Bruce might be laughing at the current situation.

Drab: I was picking EB's brain during the commercial break. Look, Bruce Allen's a laughing stock of this community, right?

Drab: [Bruce] wouldn't have butchered this rebrand like Jason Wright did, I'm sorry. He was at least passionate about the franchise and he had Dan Snyder's ear, or he could convince Dan on certain things. The team wouldn't be called Commanders. The uniforms wouldn't be Cardinal-red. And the fight song wouldn't be a Jazz [song].

EB: Well hold on, hold on. You might be right, but I think you might be wrong. When Bruce was here, had they already caved on the team name?

Cakes: In my opinion, as many missteps as Jason Wright has had, and he's had his share, he's better at running an organization than Bruce Allen. In my opinion. He's just better.

EB: He probably is and he's a much nicer guy, he's a greater guy. He seems like a super human being.

Valdez: Yeah, but Drab's just going off of resume itself.

EB: Listen, I hate Bruce Allen. I told you, I would box him and put my career on the line.

Eric Bickel raised the point that if Allen were still in charge, the team may never have changed its name, which means we wouldn't be sitting around questioning how the Commanders managed to mishandle re-imagining the fight song so badly.

EB: If Bruce was still here, we'd probably still be called the Redskins and they wouldn't have butchered the song.

Cakes: People are clamoring for Bruce Allen at this point? This is insane!

Drab: I am. It's starting to pique my interest.

EB: Maybe! It's something to think about.

Cakes continued to serve as the vital voice of reason in this spectacularly surreal conversation, but was eventually browbeaten into silence.

Drab: I know Bruce Allen wasn't looking for stadium lots in Dumfries. I can tell you that.

EB: The Dumfries thing was a bluff. It's not happening.

Cakes: I can't believe people are actually pining for the Bruce Allen era, which was horrendous.

Drab: Cakes, they go into Bruce's office with a cassette player and they play that jazzy fight song for Bruce Allen. What do you think he tells them to do?

Cakes: Get out of my office immediately! Bring back those tribal drum beats. 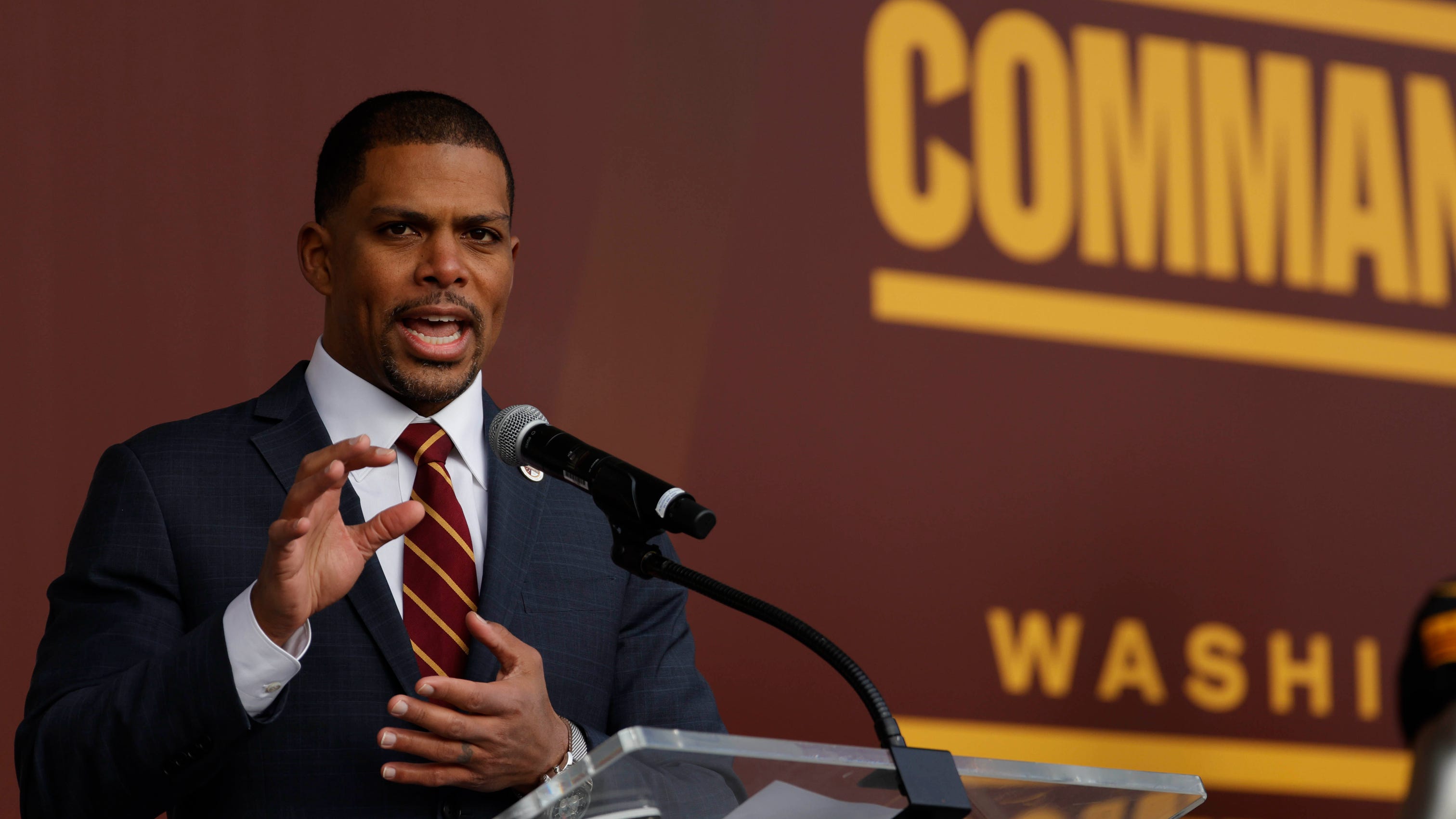 Jason Wright: Other NFL teams calling Commanders 'to figure out what we're doing'