Four players were notably absent from the first day of on-field workouts during the organized team activities (OTAs) portion of the Commanders offseason Tuesday. Terry McLaurin, Montez Sweat, Chase Young and Cam Sims were not with their teammates in Ashburn, mostly for different reasons.

McLaurin's absence was the most noteworthy considering the reason for it.

Though the fourth-year receiver has joined teammates for earlier workouts, his intention is to abstain from on-field workouts until he's given a new contract. McLaurin is entering the final season of his rookie deal and is currently slated to hit free agency at a time when the market for top-tier receivers is exploding league-wide.

Head coach Ron Rivera confirmed to reporters on Tuesday that McLaurin is holding out for contractual reasons but that the Commanders remain in communication with him and his representation. "Terry, obviously, we're working through with his contract," Rivera said." I'm not going to get into specifics about that."

The only point Rivera would elaborate on regarding McLaurin was "just that we've had communications with them, we've been working with them, and it's just a matter of time."

Young has been rehabbing his surgically repaired knee in Colorado and will rejoin his teammates "eventually," Rivera said.

Young suffered an ACL tear in Week 10 last November which, according to Logan Thomas earlier this spring, required rehab on both of his legs because of the nature of the surgery, during which a portion of the patella from Young's non-injured knee was transplanted to his injured knee.

"Chase for the most part is working with his rehab," Rivera said. "He's met the doctors. They've formulated a plan — he's completing that right now. We'll have him here eventually. I believe in the next couple weeks he'll be here."

While Young may return in the flesh in the next couple of weeks, it's unclear at this time when his rehab will be complete as Rivera has declined to offer a timetable for his recovery.

Both Sweat and Sims were both excused for personal reasons. Sweat had a "personal thing" and is expected back for the next practice. Sims is having a baby, "so he's excused as far as that's concerned," Rivera said. 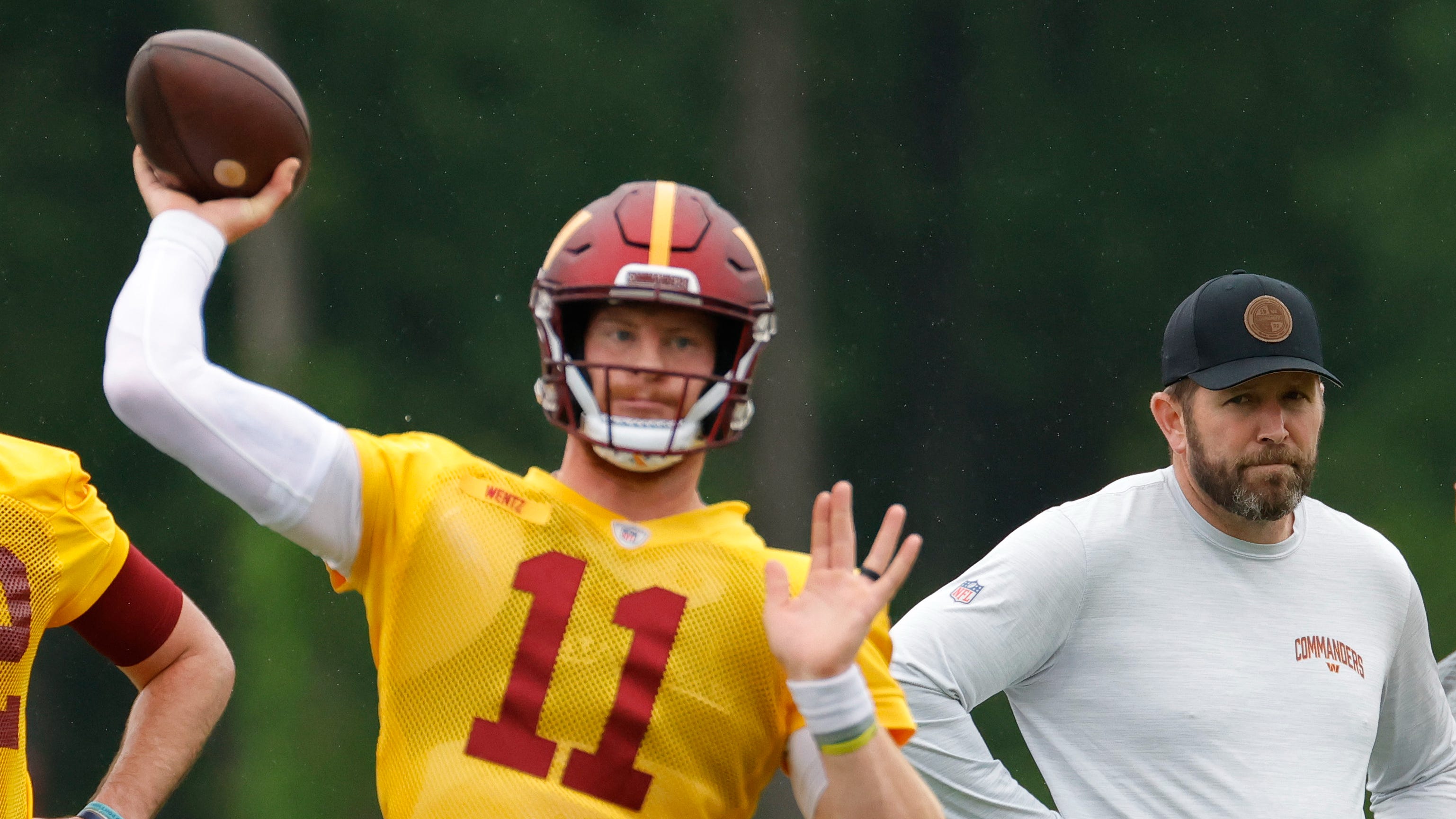