The Commanders have put the new lyrics to their revered but antiquated fight song to a vote, presenting their fans with two options on which to vote.

"Which one do you like better," Grant Paulsen asked Rouhier. "Version one or version two?"

"Uh, they can both go to hell," Rouhier replied. "If you sing either one of these songs, I don't understand you. If you stand up when it's time and the band plays the song, and you sing whichever version these rubes click on as the favorite, I don't understand what you're doing with your life."

"Sing whatever you want," he railed. "Make up your own lyrics on the spot. 'Weird Al' Yankovic this stupid thing. TWO YEARS! TWO YEARS TO COME UP WITH WHATEVER YOU WANT! First of all, you're changing who's doing the action. Sometimes it's the football team doing it, but sometimes it's for All of Washington. But it's not the Sons of Washington, that are actually the football team, that are doing it. I don't know what that's supposed to mean."

"Yeah, they changed the words 'Sons of Washington,'" Paulsen noted.

"For a couple of years, you sort of pretended that the song didn't exist," Rouhier continued. "You played something else. You didn't know what we were supposed to do. People sort of sung it on their own, just because it was the last little vestige of a time gone. That's all been taken from us. We get that. It'll never be like it was when we were kids. No problem."

"But now, we're mostly doing it but kind of changing it," he said. "You can change some of the stuff, I understand you have to. You can't use a certain word. There was no reason to change the other part. There's no reason to tell the team, the Sons of Washington, that's kind of the unofficial nickname of what this football team is supposed to do. Now it's All of Washington, but who are you talking to? Who's the object? We have subject-verb disagreement here. We've got basic syntax errors here that don't make any sense to me."

"I don't understand what they don't understand," Rouhier went on. "This is not that tough of a process. Either don't do it, either don't mess with it at all, and pretend there's no song and just let the band play the fight song... but you can't do that because you're so worried about some kind of backlash from people that hate your guts anyway!

"Or, we come up with these chotchy, cheesy create-a-lyrics software programs. It's like they put the current lyrics into some stupid computer program, took the first thing they spit out and said, 'Congratulations. We did it.' I can't wait for the third game, which the theme is like turkey legs or some kind of crap. I don't know who's being marketed to here. I don't know who the audience is. I don't know who this is for. I sure as bleep know that it ain't for me. So, Leaders on a Mission, let's go our Commanders. Fight for the Commanders, I suppose. Good luck." 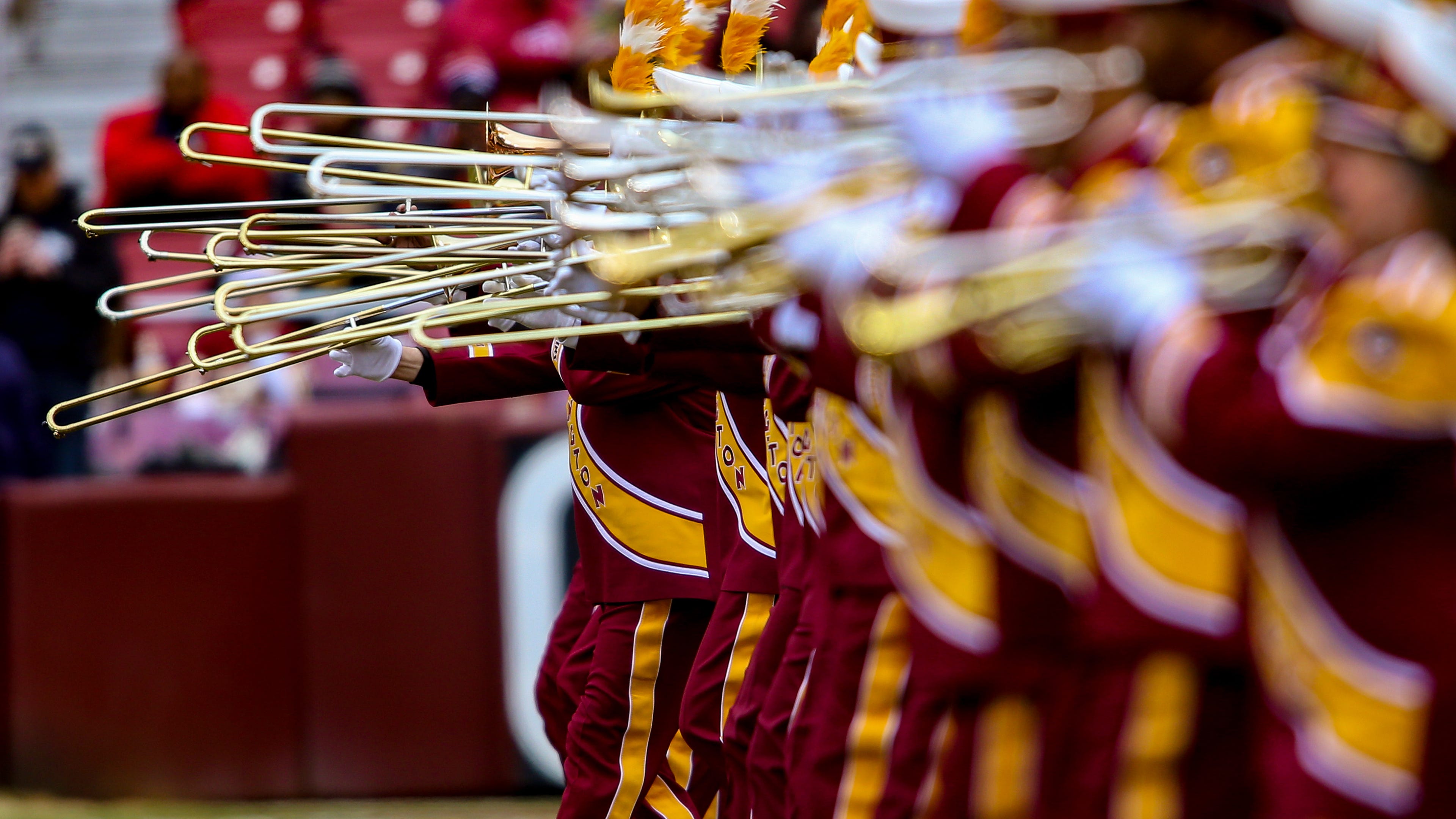