The U.S. House Committee on Oversight and Reform has accepted a proposal from Dan Snyder's attorneys for the Commanders owner to testify on July 28, on one condition.

Provided that Snyder accept service of a subpoena (issued on June 24) to "ensure that Mr. Snyder's testimony will be full and complete and will not be restricted in the way it would be if the deposition were conducted voluntarily."

In a letter penned to Snyder's attorney, Karen Patton Seymour, Committee Chairwoman Carolyn Maloney (D-N.Y.) writes that Snyder has until Wednesday at 12 p.m. to accept service of the subpoena.

Snyder had previously offered to testify via video conference in July, according to a report from ESPN, with Snyder's attorney explaining that Snyder planned to be in Israel for "much of July" and "into August" to observe the one-year anniversary of his mother's death. 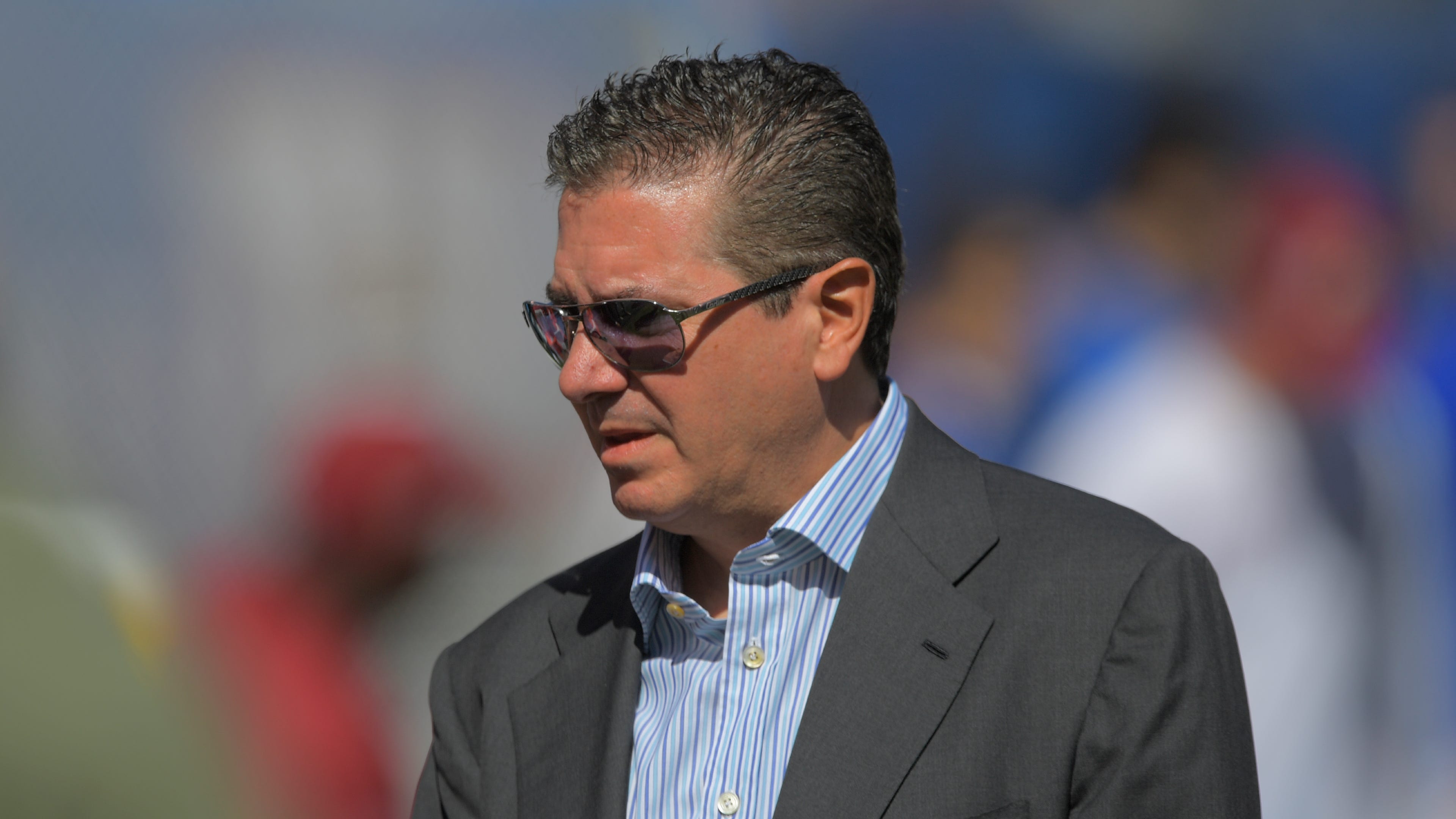 Read Maloney's letter in full below:

"I write regarding the Committee's efforts to obtain testimony from your client, Daniel Snyder, concerning the toxic work environment at the Washington Commanders over the last two decades as well as efforts to silence victims and witnesses of this misconduct. The Committee has worked diligently to secure Mr. Snyder's testimony since June 1, 2022, when I first invited him to appear voluntarily at the Committee's hearing.1 Unfortunately, Mr. Snyder declined my invitation. Since then, he has refused to allow you to accept service of the Committee's subpoena for a deposition, even after the Committee offered to reschedule.

"As you know, a subpoena for Mr. Snyder’s testimony was issued on June 24 for a deposition scheduled on June 30. For the reasons explained below, the Committee will proceed with a subpoena in place to ensure that Mr. Snyder’s testimony will be full and complete and will not be restricted in the way it would be if the deposition were conducted voluntarily. You have made clear to Committee staff that a voluntary appearance would exclude matters covered by non-disclosure agreements (NDA). Mr. Snyder has a troubling history of using NDAs to cover up workplace misconduct—behavior that is central to our investigation—and it would be highly inappropriate for him to employ the same tactic to withhold information from the Committee. Other former Commanders employees have participated in Committee depositions under subpoena, and Mr. Snyder should not be treated any differently.

"Voluntary testimony would also be inappropriate in light of Mr. Snyder's month-long refusal to cooperate with the Committee. He had a previous opportunity to testify voluntarily at the Committee's June 22 hearing, but he declined, apparently because he was attending an awards event on the French Riviera. During the hearing, the Committee heard testimony from National Football League (NFL) Commissioner Roger Goodell that, in his nearly 16 years as Commissioner, he had "not seen a workplace in the NFL that is anywhere near what we saw" at the Commanders under Mr. Snyder's leadership. The Committee also uncovered new evidence of Mr. Snyder's central role in creating this hostile work environment and his efforts to influence the silence and discredit victims and witnesses. At the hearing, I announced my intent to issue a subpoena for Mr. Snyder's deposition.

"When Committee staff asked whether you would accept service of the Committee’s subpoena on Mr. Snyder’s behalf for a deposition on June 30, 2022, you declined, indicating you were not authorized to do so because your client was “unavailable” and you had a “professional conflict” on that date.9 Committee staff offered to reschedule Mr. Snyder’s deposition for the following week on either July 6 or July 8. You then indicated that you were unavailable on those dates as well, but you refused to provide specifics on Mr. Snyder’s schedule. You also declined to identify when Mr. Snyder plans to return to the United States.

"Your July 7 letter notes that following Mr. Snyder’s time in France, he plans to be in Israel for a family memorial service and religious observance.10 The Committee has taken steps to avoid interfering with those events. As you acknowledged in your letter, my staff asked you to identify the dates of these events so we could ensure the deposition did not conflict with them. Unfortunately, you refused to do so. Nevertheless, I trust the Committee has now resolved any remaining scheduling concerns by agreeing to hold the deposition on the date you proposed, July 28.

"In addition to postponing the deposition by nearly a month, the Committee is willing to provide the additional accommodations previously offered to your client to address concerns you raised with my staff. In particular, the Committee will (1) allow Mr. Snyder to testify remotely; (2) give Mr. Snyder access to the exhibits used in prior Committee depositions and transcribed interviews of other witnesses in advance of his deposition; and (3) provide a description of the types of information redacted by the Committee in each of these prior transcripts.

"In light of your commitment that Mr. Snyder is engaged in “good faith efforts to cooperate with the Committee” and that the Commanders are now “a model of how to make extraordinary improvements in workplace culture,” please confirm by Wednesday, July 13 at 12 p.m. ET that you will accept service of the Committee’s subpoena and that Mr. Snyder will appear for a recorded Zoom deposition on July 28, 2022.