If there's a narrative that Carson Wentz is a locker room cancer, his Commanders teammate and defensive team captain Jonathan Allen hasn't seen any traces of it.

Asked about that narrative two days after Wentz led Washington on the game-winning drive against Jacksonville, Allen told The Sports Junkies, "Yeah, I have absolutely no idea where that comes from. Sometimes I feel like the NFL can be like a high school."

"Like a high school," he added, "there's so much drama and just rumors and things that just quite frankly aren't true. I mean, I have no idea where that could be coming from."

Wentz threw two late-game interceptions, both of which were befuddling and led to 10 quick points and a Jaguars lead, but Wentz fired back with two passing touchdowns, one a 49-yarder to Terry McLaurin and then another that went 24 yards to Jahan Dotson which sealed the 28-22 Commanders victory.

On the day, Wentz completed 65.8 percent of his passes for 313 yards, four touchdowns and two interceptions.

"After he throws those two interceptions, quick memory, positive on the sideline, no pouting," Allen said. "I mean, I think you can just look at the guys around him and see how they respond to him and that tells you everything you need to know about his character."

Asked what he was thinking when Wentz threw those two back-breaking interceptions, Allen said, "In my head, I was like, 'Alright, we just gotta get it.' It was one of those points in the game where the defense is tired, we were spending a lot of time on the field, and in the course of a game, things happen so fast, you don't even have time to react."

"Like, he throws the second interception; you can get mad," Allen continued, "but we're also down, I think we were down one, and they had the ball on the 15-yard line. So I'm not worried about, 'Oh man, here we go again.' I have to go out there and try to hold 'em, which we didn't that drive. But I mean, the game happens so fast, it's almost like a blur at times. You don't really have time to sit there and think about each individual thing that goes on, because you're just always moving on to the next one." 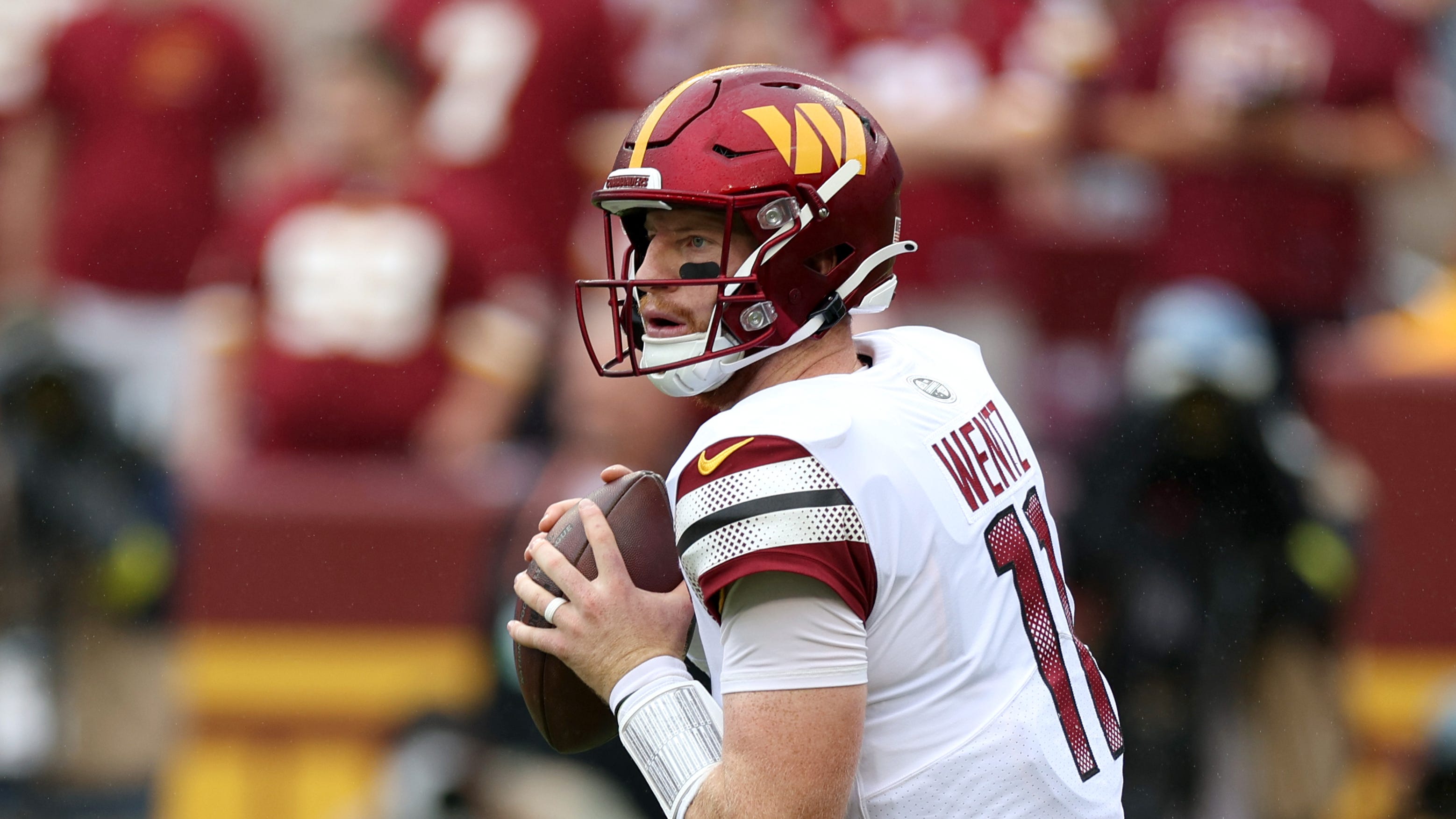 RG3: Week 1 win was 'most Carson Wentz game of all time'