The Commanders and Eagles will have a classic NFC East showdown this season that could come down to quarterback play.

And with a heightened sense of drama, Philadelphia will be led by Jalen Hurts, who replaced Carson Wentz, who now leads Washington. If NFL Insider Adam Caplan had to choose between the two, he'd go with Wentz and "it's not even close," he told The Sports Junkies on 106.7 The Fan.

"Who would you take, if you had the two right now," Caplan was asked.

"It's not even close. Wentz is so much more talented than Hurts," Caplan said. "I mean, the guy can play. The thing you're gonna see, folks, that Commanders fans are gonna see this season, there are gonna be some games where you're gonna go, 'Why did Philly trade him?'"

"Now, he does force the ball every now and then," he continued. "But what you hope is there are no stories about lack of leadership, teammates questioning his leadership, stuff like that. I'm not saying they're gonna be a Wild Card. Odds are against it. But they certainly could be .500 or a little better, maybe 9-8. There's enough talent there to do it."

Caplan went on to say that the Eagles really didn't want to trade Wentz two years ago, that a contentious situation forced their hand.

"A couple things here. The Eagles did not want to get rid of Wentz," he said. "Wentz wanted out and it was gonna be a problem if he wasn't traded. He had a major falling out with Doug Pederson and some people with the Eagles and it had to happen. And then with the Colts, well the Colts wanted to get rid of Wentz. It wasn't the other way around. That's a fact."

"But I think that was all off-the-field stuff," chimed Junkies host Eric Bickel. "I think even vaccine stuff played in."

"It was just leadership. Just leadership," Caplan said. "It's taking responsibility, of being available when you're supposed to be available. Remember, the last game, where they got absolutely blown out at Jacksonville where they were terrible, Wentz did not practice that week because of the Covid issue. And leading up to that game not practicing crushed him.

"You just, talking to people who work with Wentz, you want him to take responsibility when things aren't going well. All of the great quarterbacks point the finger at themselves and that's what Carson Wentz has to do or he'll be playing for his fourth team in four years. Remember, Washington has a decision to make on his contract by mid-March."

If nothing else, at least after they play each other twice, we may finally have some certainty on whether the Eagles made the right decision in choosing Hurts over Wentz. 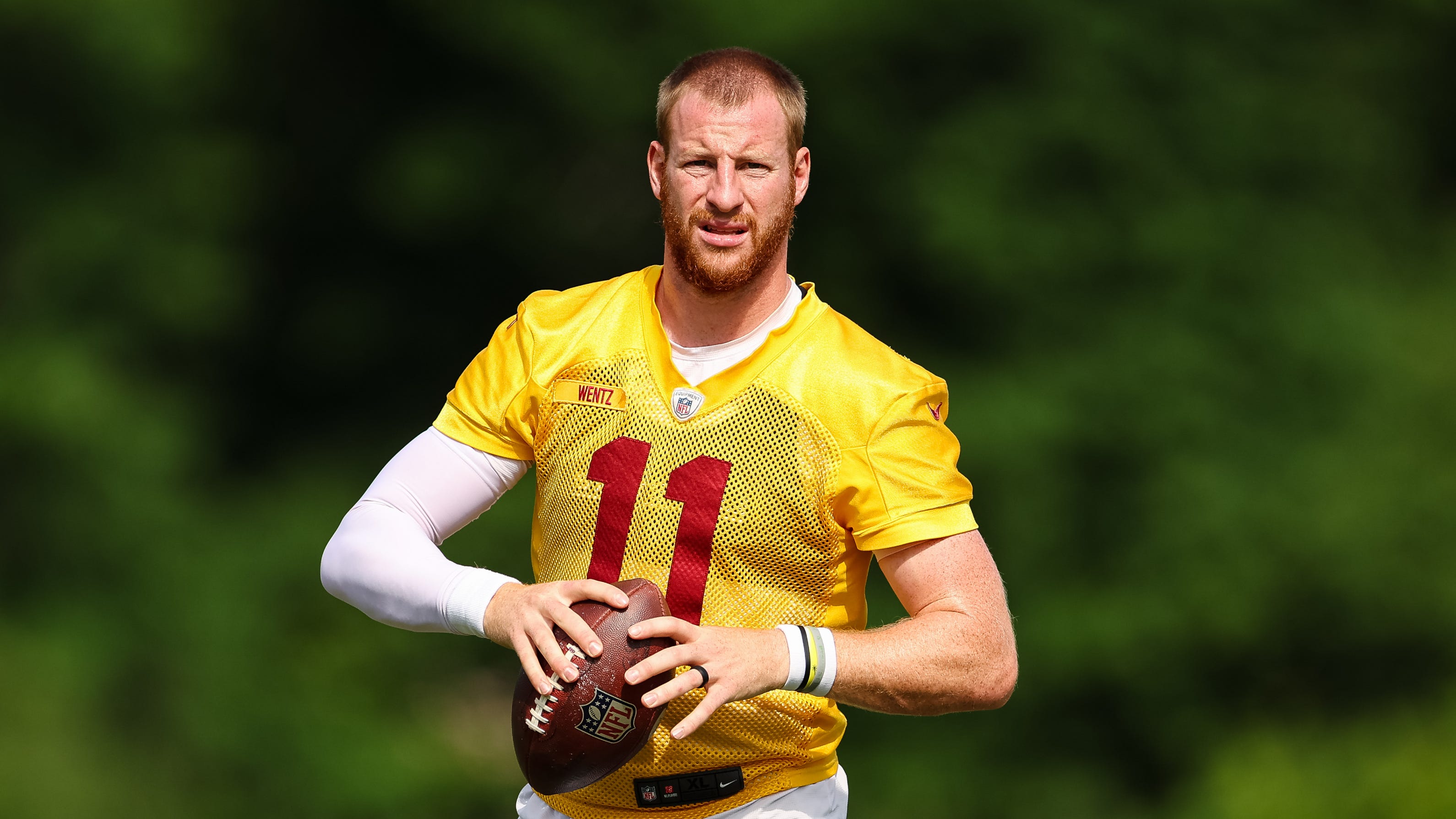 Derrick Gunn: Wentz has to prove himself to new teammates every single day