Terry McLaurin is seeking a new contract ahead of the final season of his rookie deal. McLaurin will be doing everything but touching the field during offseason workouts with the Commanders. Both of these things can be true and are, according to McLaurin's teammate Logan Thomas.

Adam Schefter reported on Monday that McLaurin was among three top receivers in the league who were seeking new contracts (Deebo Samuel and A.J. Brown, the others) and that McLaurin would not be participating in "on-field work" during offseason workouts. While Washington's offseason workouts officially began on Monday, the on-field portion of their program doesn't begin until May, making Schefter's report — specifically as it pertained to McLaurin — somewhat of a non-issue.

It's such a non-issue, in fact, that McLaurin has been in the building alongside his teammates this week "doing everything everybody else is doing," Thomas told The Sports Junkies on Wednesday.

"His whole thing is he's just not touching the field," Thomas said. "I think that's what the big report [said]."

"Lifting, running, meetings, everything. He's around," he further clarified. "He's literally doing everything everybody else is doing."

"But if they're going out running routes, he's not doing that," Eric Bickel said. "Cause you don't want to get hurt."

"Right. Right. And I think that's fair to say," Thomas said. "I haven't really talked to him about it, but I think that's what the report was trying to say."

"No," Thomas agreed. "I mean, if you don't know anything about Terry, that's not his style anyway." 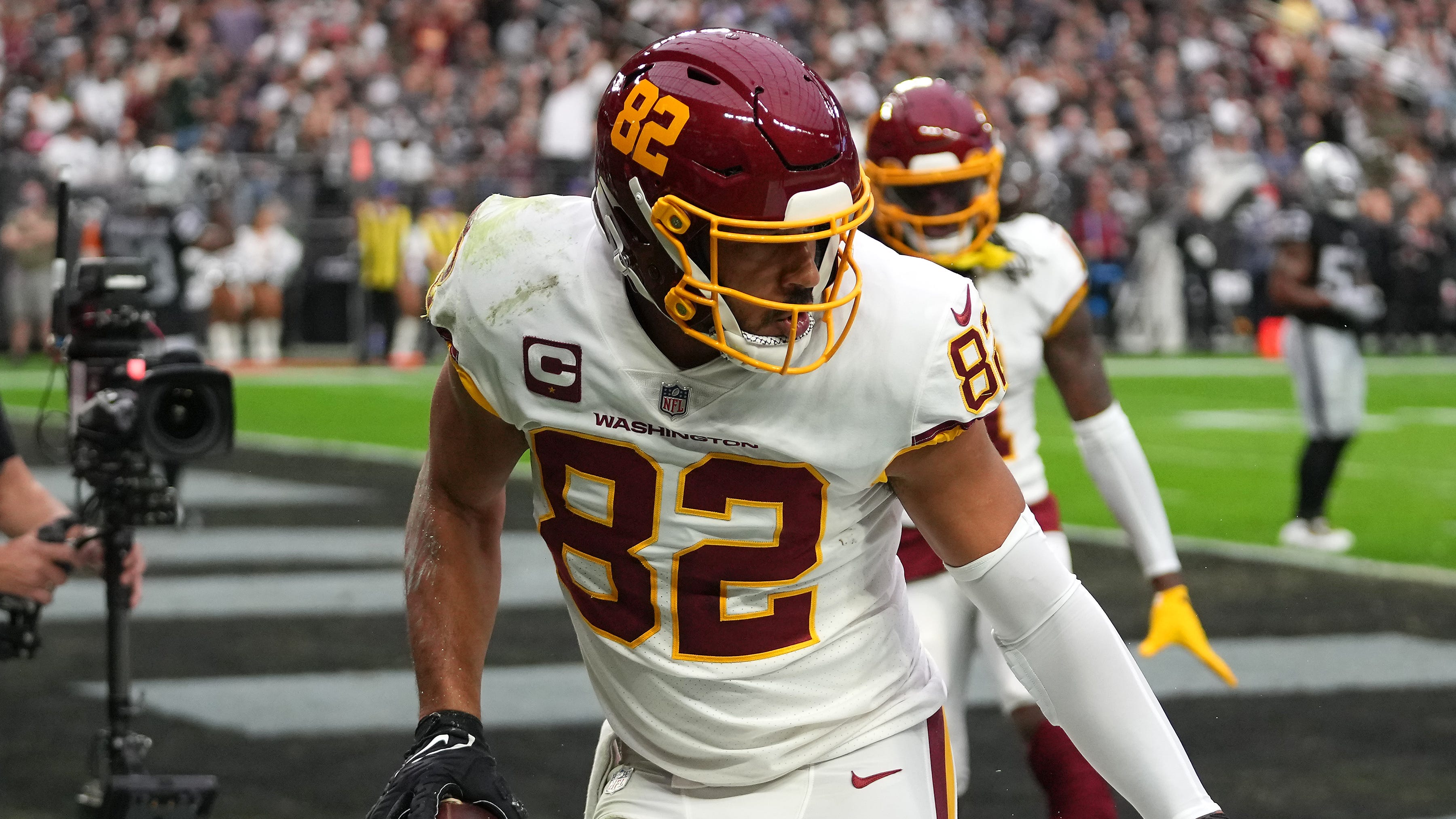 Logan Thomas 'ahead of schedule' in recovery, shooting for Week 1 return