The Washington Commanders have five selections on day three of the 2022 NFL Draft after a first-round trade with the Saints Thursday night netted them additional mid-round picks.

The Commanders did not previously own a third-round pick and acquired one — as well as a fourth-rounder — from the Saints by moving back from the 11th overall pick to 16, where they selected Penn State receiver Jahan Dotson.

On Day 2, the Commanders selected a pair of Alabama products: defensive tackle Phidarian Mathis in Round 2 and running back Brian Robinson in Round 3.

These are the latest updates on the Commanders' Day 3 picks:

Round 4, No. 113 overall: S Percy Butler, Louisiana
Butler was the second Ragin' Cajun taken in three picks - the Giants selected OT Max Mitchell two spots earlier - and comes to D.C. as "the best pure free safety in the Draft" according to Chris Simms.

Butler was second team All-Sun Belt after a monster 2021 where he notched 61 tackles (6 for loss), one interception, two fumble recoveries, four pass breakups, and one blocked kick. He was a two-time All-Conference selection in three years, with 169 tackles (9 for loss), one sack, three picks, and 15 passes defensed.

NFL.com gave Butler a 5.96 prospect grade, tabbing him an "average backup or special teamer," and their scouting report says he has "a feast-or-famine tackle approach that creates inconsistencies teams will need to have corrected," and that he is "average in man coverage but plays with instincts and catch disruption from zone and might see an uptick in his future value if he can get his run tackling solidified." 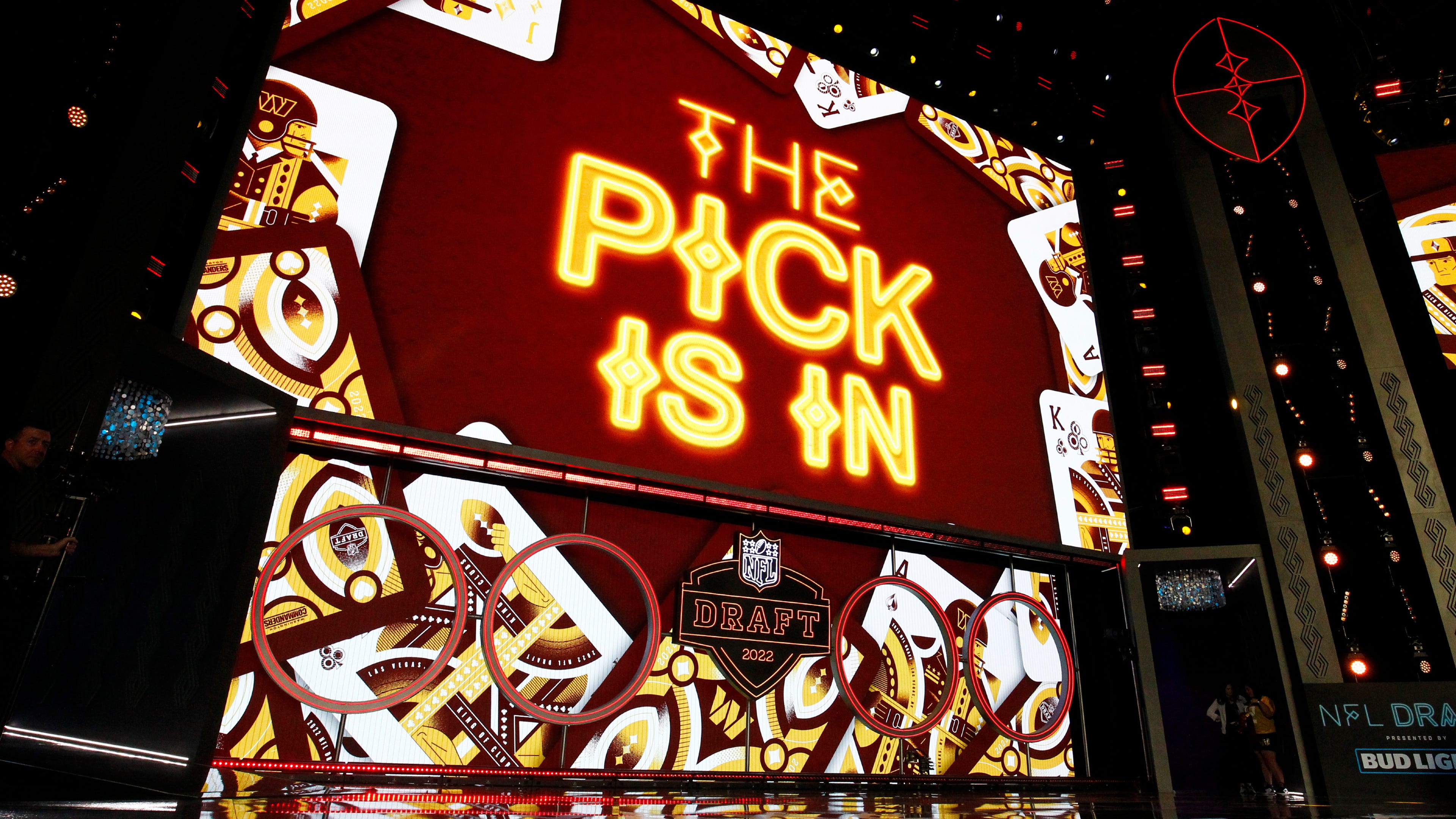 Round 5, No. 144 overall (from Jaguars via Panthers): QB Sam Howell, North Carolina
Howell was a three-year starter at North Carolina, starting from Day One as a True Freshman, and left school as both their career and single-season all-time leader in passing yards, passing TD, and passing efficiency, among other records. His 92 TDs are third-most all-time in ACC history and the most by any QB In three seasons or less, yet he was only Honorable Mention All-ACC this year thanks to Kenny Pickett.

You can read more on Howell in his Audacy Sports Draft Profile. 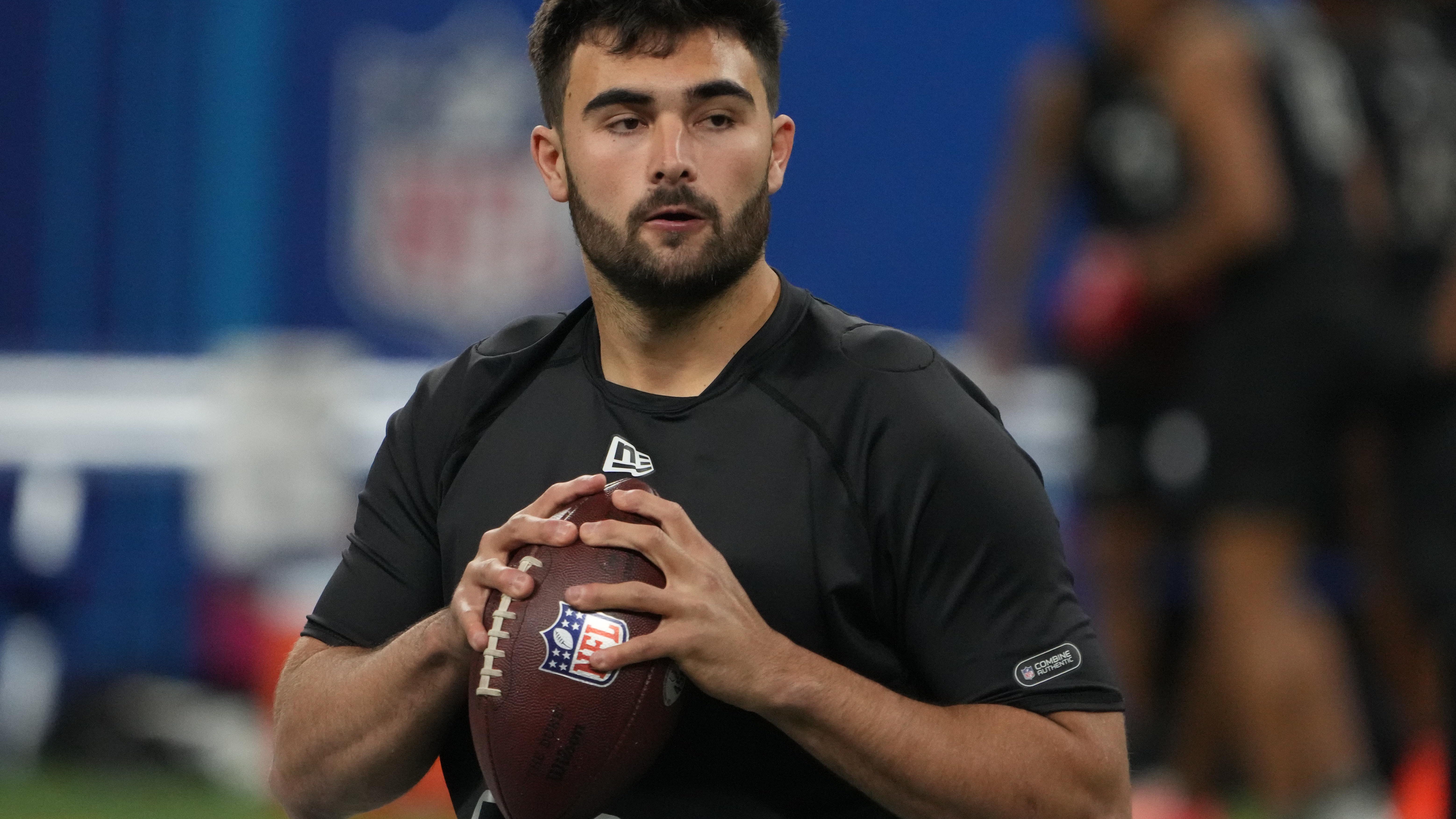 Round 5, No, 149 overall (from Panthers): TE Cole Turner, Nevada
﻿Turner was an All-Mountain West First Team selection in 2020 and then Second Team in 2021, and comes off a season where he had 62 catches for 677 yards and 10 TD, second among tight ends in the nation. For his career in Reno, Turner had 117 grabs for 1,370 yards and 20 TD, almost all of that in his junior and senior seasons after limited action at wide receiver in his first two years.

NFL.com gave Turner a 5.69 grade, saying he is a “candidate for the bottom of the roster of the practice squad,” and his scouting report says that his “body type and jump-ball talent might be reminiscent of the Mike Gesicki, but Turner isn't on his level at this point.” Instead, “he’s a pass-catching tight end who needs to hit the weights and add necessary functional strength to play through contact, and is inconsistent finishing difficult catches and needs to prove he can become a legitimate every-down catch threat against NFL defenders and not just a height mismatch in the red zone.”

Turner was labeled as a “Day 3 prospect with limited blocking and special teams value, so he'll need continued growth as a pass-catching weapon to earn an extended NFL stay."

Round 7, Pick 9 (230): OL Chris Paul, Tulsa: Washington's first seventh-round pick saw the team add some depth on the offensive line, adding the 6-foot-4, 323 pound Paul. Per NFL.com's scouting report, Paul "has a guard body but played out of position at tackle over the last two seasons. There are limited downhill run reps over his last two years at tackle and his guard tape from 2019 is still a little raw, making his guard projection a tad murky. He's highly intelligent on and off the field. Picking up technique and scheme will not be a problem for him. However, picking up twists and slants might be an issue due to a lack of foot quickness and reactive agility. Paul has the size, strength, football character and toughness to play NFL guard but the limitations could make it a short stay in the league."

Round 7, Pick 19 (240) – From Eagles via Colts: CB Christian Holmes, Oklahoma State: The Commanders wrapped up their 2022 draft by addressing the secondary, taking the 6-foot, 201-pound Holmes. According to NFL.com's scouting report, Holmes "spent his entire career at cornerback but has size and physicality that is more reminiscent of a safety. He can lose the route when he gets too aggressive in press and he doesn't play with the makeup burst to recover quickly. He's a physical ball-challenger when he's in position and can step up and support the run effectively. Holmes appears suited for off-man and zone coverages. He has a chance to be a late-round pick and could get a look at safety if cornerback doesn't work out." 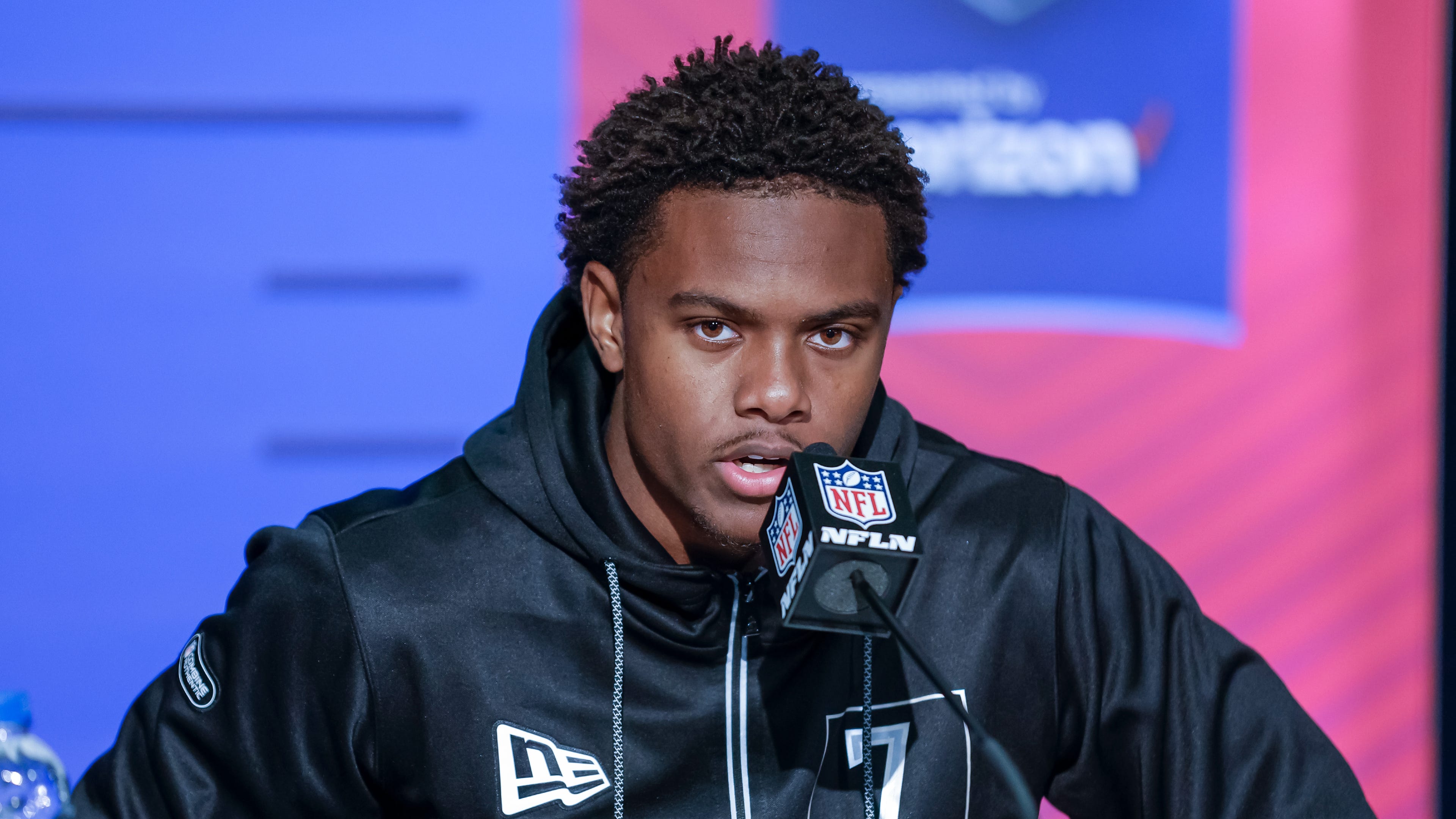 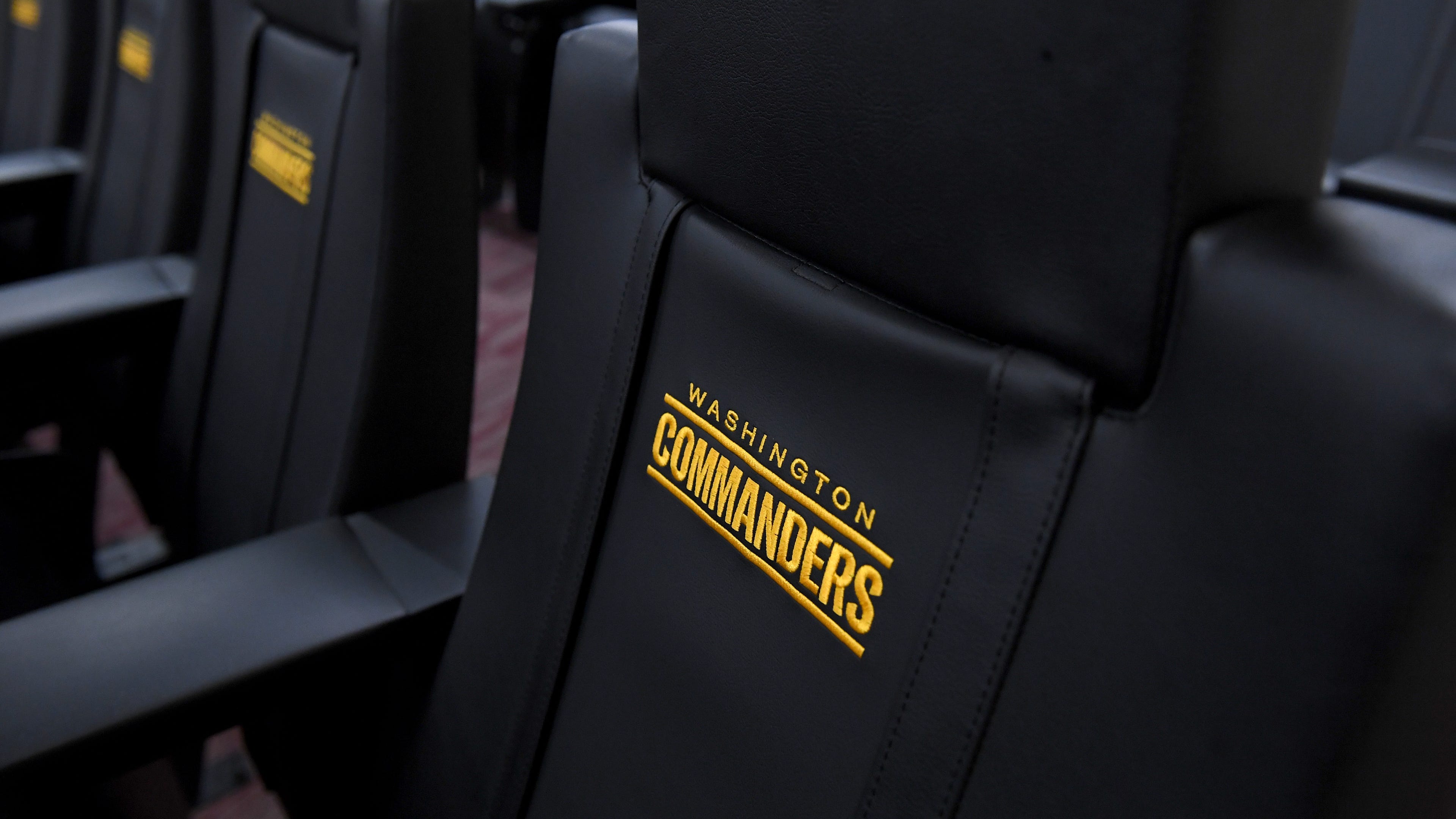 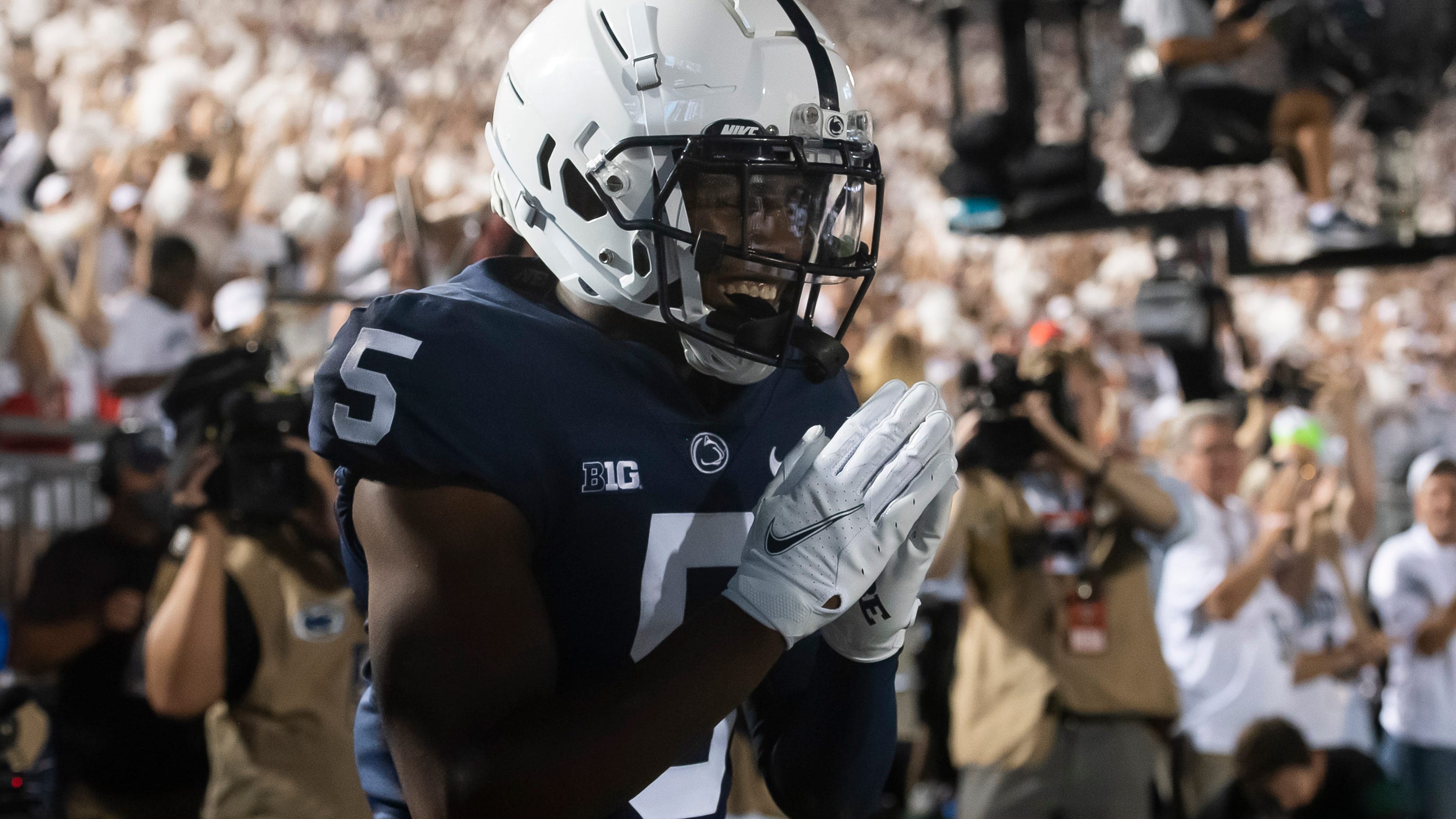