Dwayne Haskins’ return to the starting lineup for the Washington Football Team went a lot like most of his games in the NFL: There were good things, bad things, and ugly things.

But the second-year quarterback’s day ended in a familiar fashion: Washington came out on the losing end, this time 20-15 to the Seattle Seahawks.

Washington head coach Ron Rivera offered some tepid praise for the young quarterback’s overall performance, but only after mentioning where things went wrong.

“Well, I think he started a little bit slow,” Rivera said when asked what he made of Haskins' day. “And was kinda feeling his way around things and then as he kinda settled in a little bit later, you saw him getting more effective and make somethings happen.” 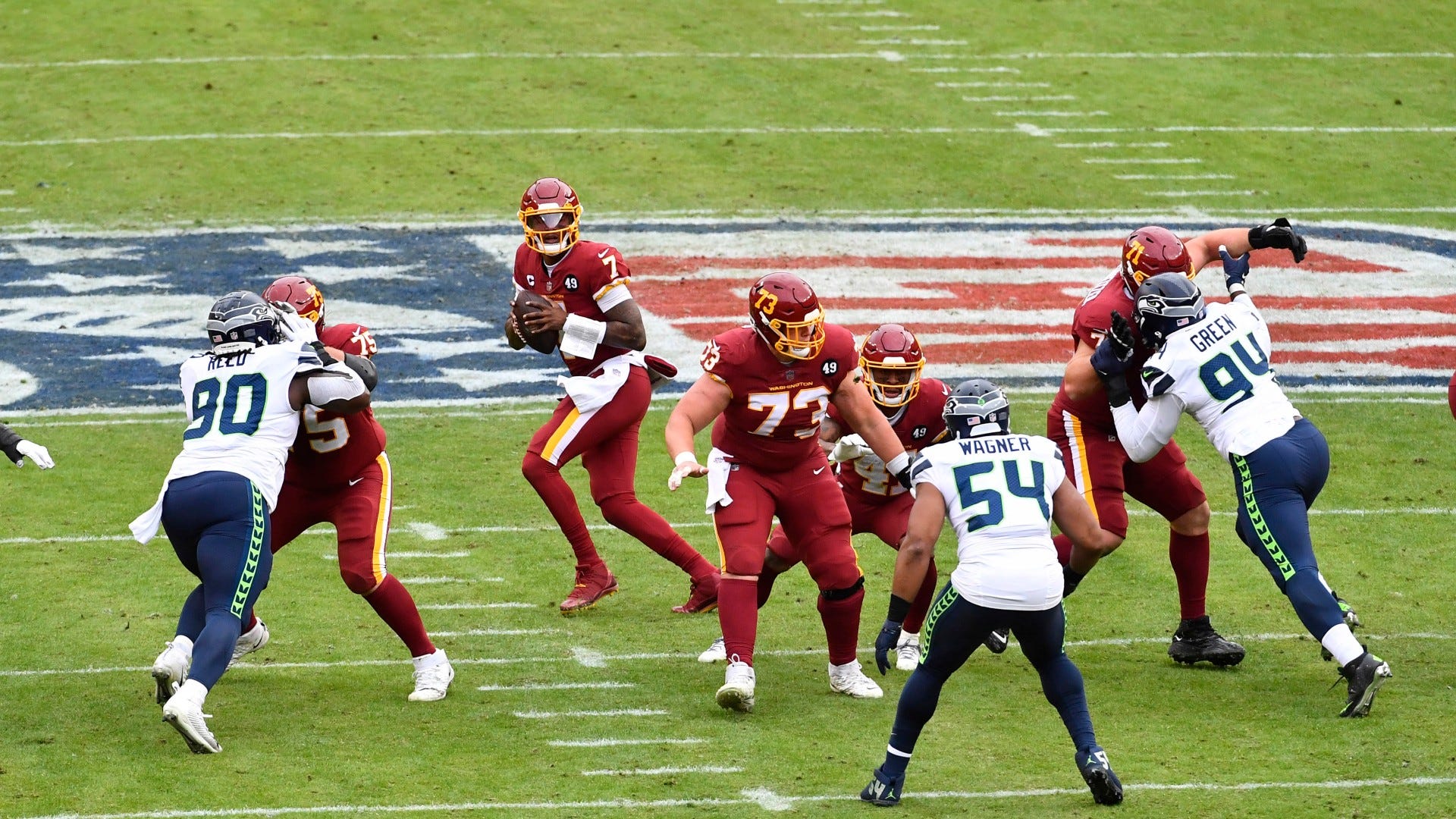 In Washington’s first three drives, the offense punted three times. Despite rushing for three first-down, the passing attack was nonexistent as Haskins the game by completing five of his first eight throws for eight yards.

Down 6-0 in the second quarter, Haskins engineered a solid looking drive, completing passes of 11 yards, 2 yards, 11 yards, and 20 yards to get Washington to the Seahawks’ 27-yard line.

But after being flushed from the pocket on a 2nd-and-8 play, the second-year passer fell upon familiar habits.

Hopefully we'll get a better replay after the ad break, but Haskins scrambled looking for the bigger play when it looked like McKissic was potentially open underneath. Throw gets tipped and picked off pic.twitter.com/90OZxH2WcN

Haskins had two options on the play: Throw the ball away or run for a short gain. But he continues to pick the worst option: His mechanics slipped and while on the run he tossed an ill-advised pass into coverage which sailed high for a Shaquill Griffin interception.

“We had moved the ball in the first half and unfortunately we turned it over,” Rivera said. “You get across the 50, you gotta put points on the board to give yourself a chance to win football games.”

Before the pick, Washington finally looked alive on offense and Haskins’ confidence started to look like it could be enough to carry him through the game after a sluggish first quarter. Instead, Seattle took the ball and went on a 97-yard touchdown drive to go up 13-0. 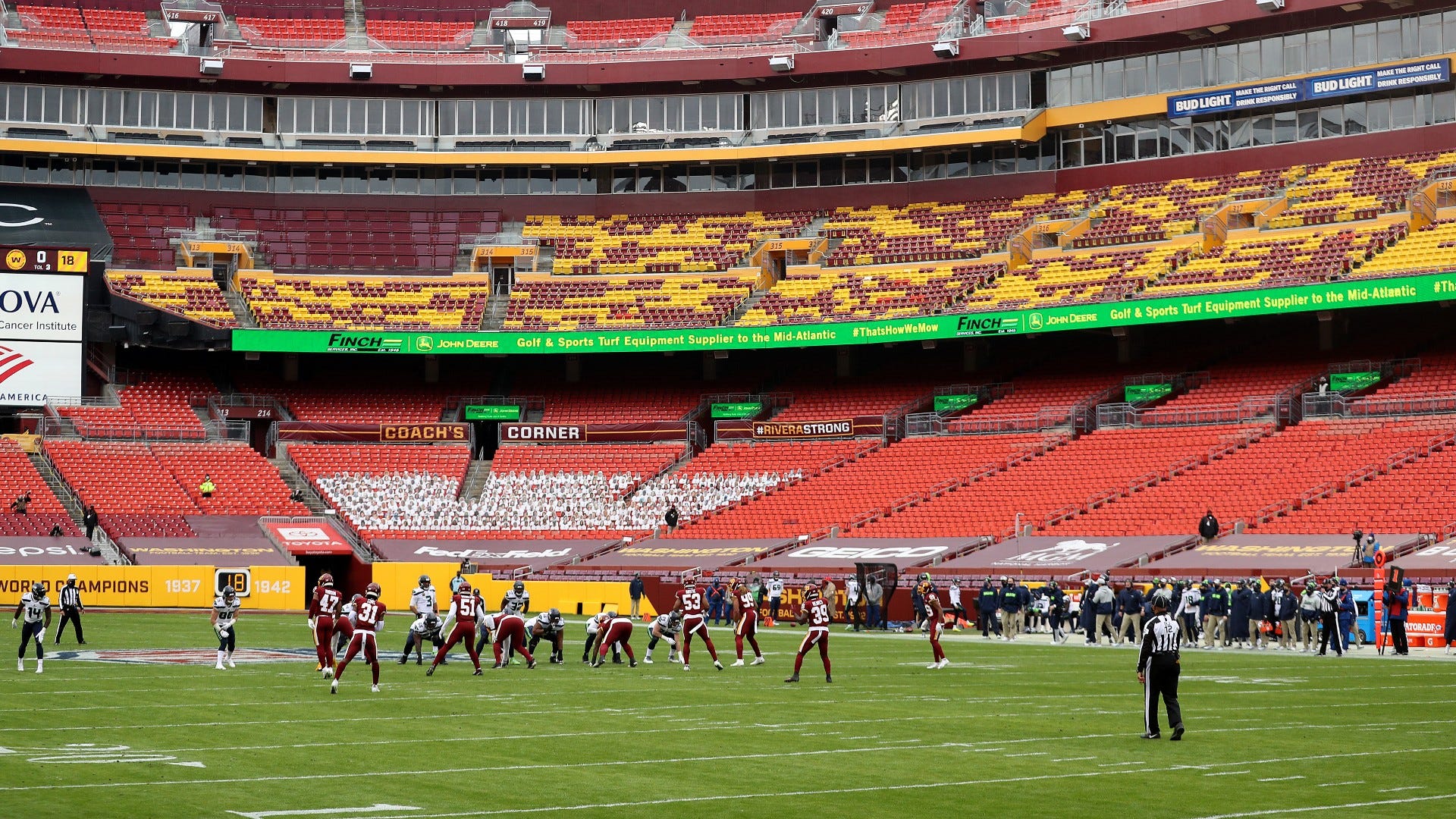 Haskins did shake off the pick with an 11-play, 46-yard drive just before the half to get Washington on the board on a 48-yard Dustin Hopkins field goal.

In the second half, after Seattle extended their lead to 20-3, Haskins’ first drive was him in a nutshell: Convert a 3rd-and-6 with a 30-yard pass to Terry McLaurin to get into Seahawks territory only to throw an interception the very next play.

Dwayne Haskins had time in the pocket but misread the coverage. But, the turnover doesn't lead to any points for Seattle. #WashingtonFootball #SEAvsWAS pic.twitter.com/0GCOyKADYg

But down double-digits seems to be when Haskins thrives. In the second half, he had 23 of his 38 completions and had 197 of his 295 yards on the game.

And Washington found themselves in the position to win it after Haskins led the offense on consecutive touchdown drives sandwiching a Russell Wilson interception by Daron Payne. 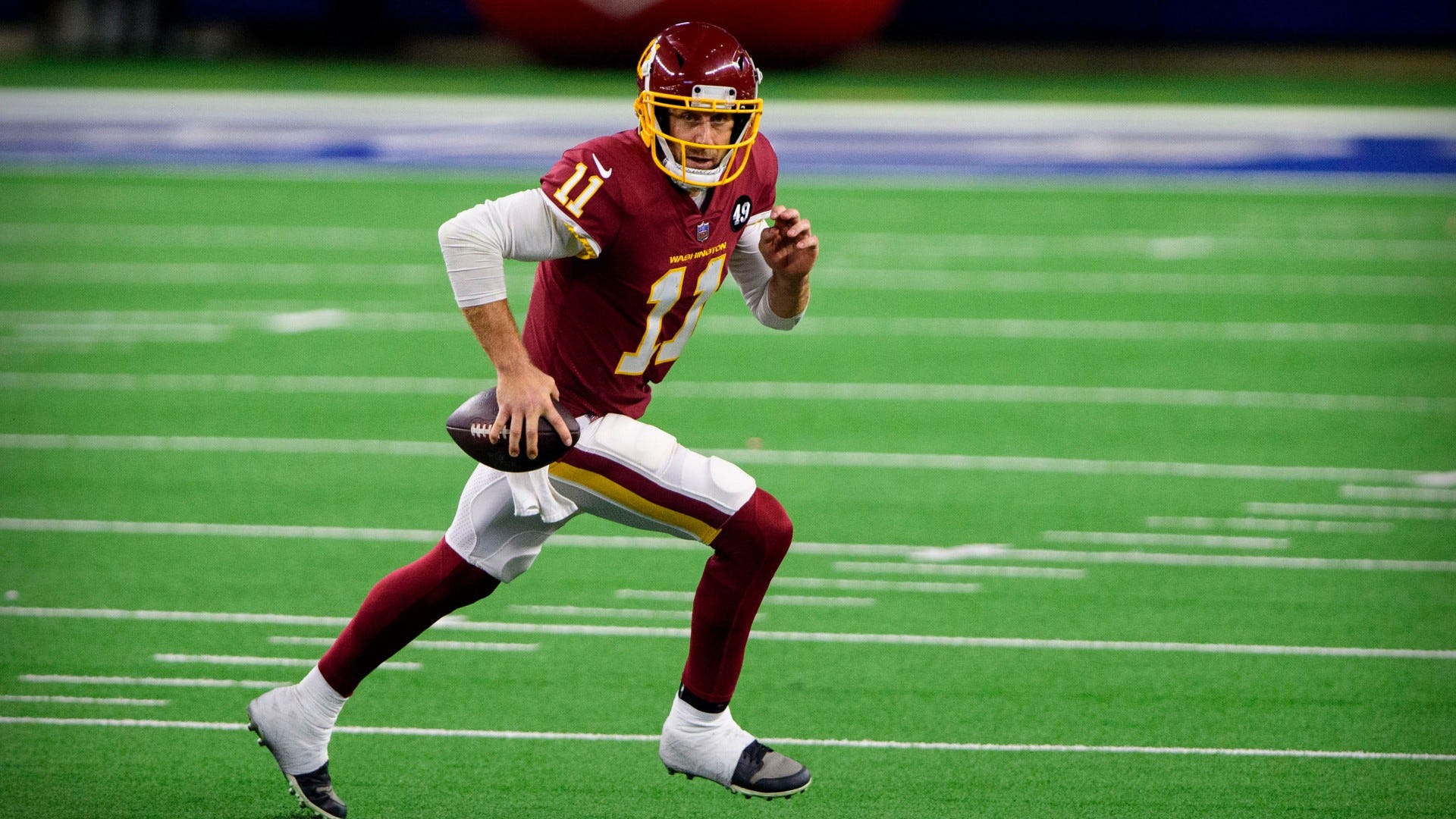 The first scoring drive, which covered 96 yards on 14 plays, was caped with a Peyton Barber one-yard run, before Haskins got Washington within one-score after an 11-play, 64-yard drive.

On the final drive, Haskins got Washington to the Seattle 23 with just over a minute remaining. But that is when his magic ran out. Sacks on second and third down led to a 4th-and-24 incompletion to end the comeback.

“We fell short,” Haskins said after the game. “Man, I thought we had them at the end.”

For fans looking for signs of promise, there were a few throws but not enough to make any positive arguments for a changing of the guard at quarterback. And Rivera confirmed Haskins did not turn Alex Smith into the next Wally Pipp. “If Alex is healthy he’ll start,” Rivera said when asked who would start next week against the Carolina Panthers.

“Things to learn from, things to work on and improve from, things on film that I’ll get better from,” Haskins said. 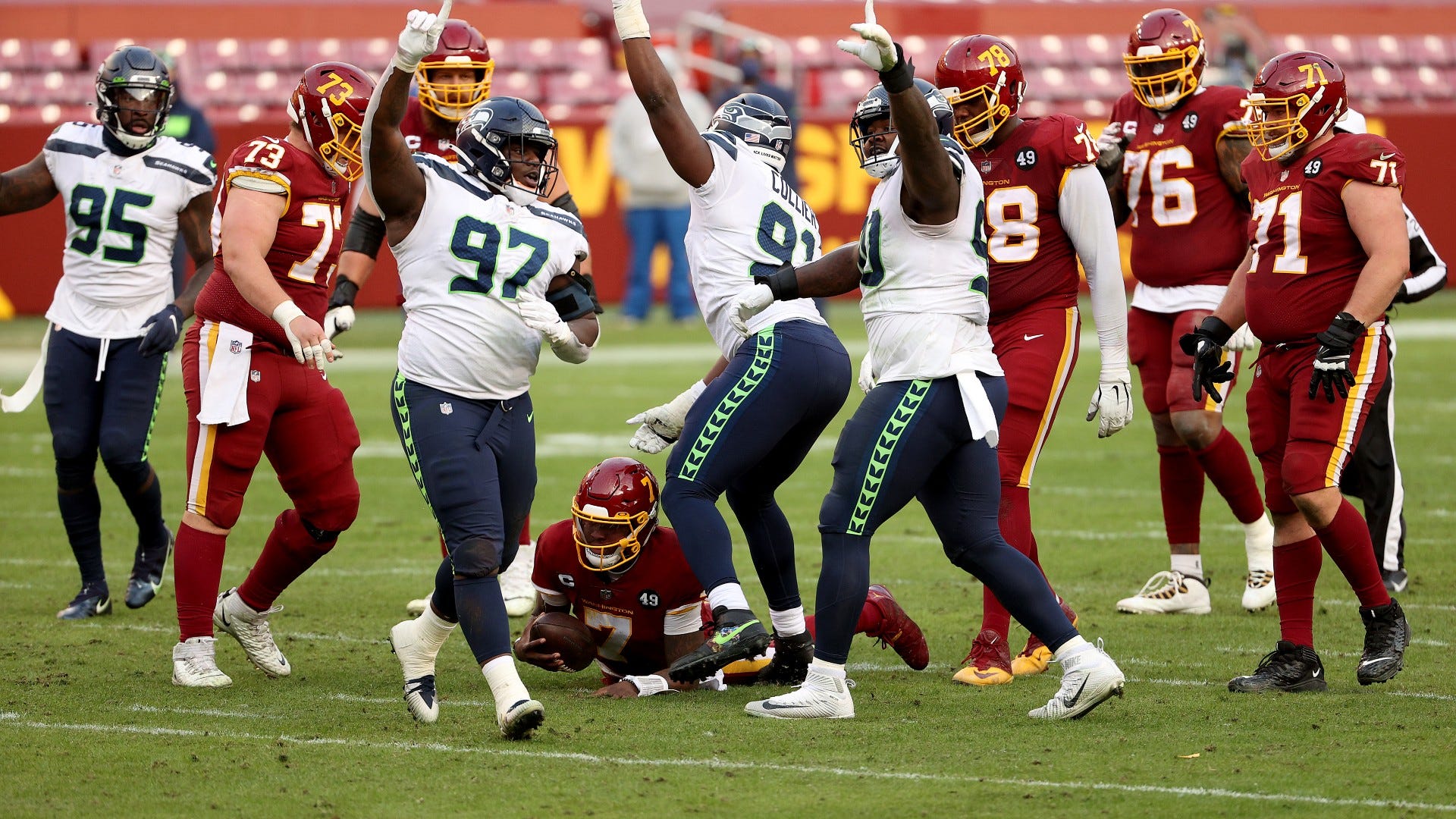 Tinsman: Washington is just mediocre. And that's as good as it will get.

“Having Alex and watching him win these games previously, and how he processed how you work during the week and things of that nature is only something that I can continue to work on with my toolbox and apply it to myself in my game,” Haskins added.

What frustrated Rivera most on Sunday? “The missed opportunities,” he told the media.

“When you go and look at it - and we’ll see it on tape tomorrow - there were some missed chances,” he said. “We had some plays that we could have made that could have impacted the game. Unfortunately, we didn’t make those plays.”

In that way, the game Sunday was very much an analogy for Haskins’ time in Washington. There was the chance for the team and quarterback to take the next step, but it was just another missed opportunity. 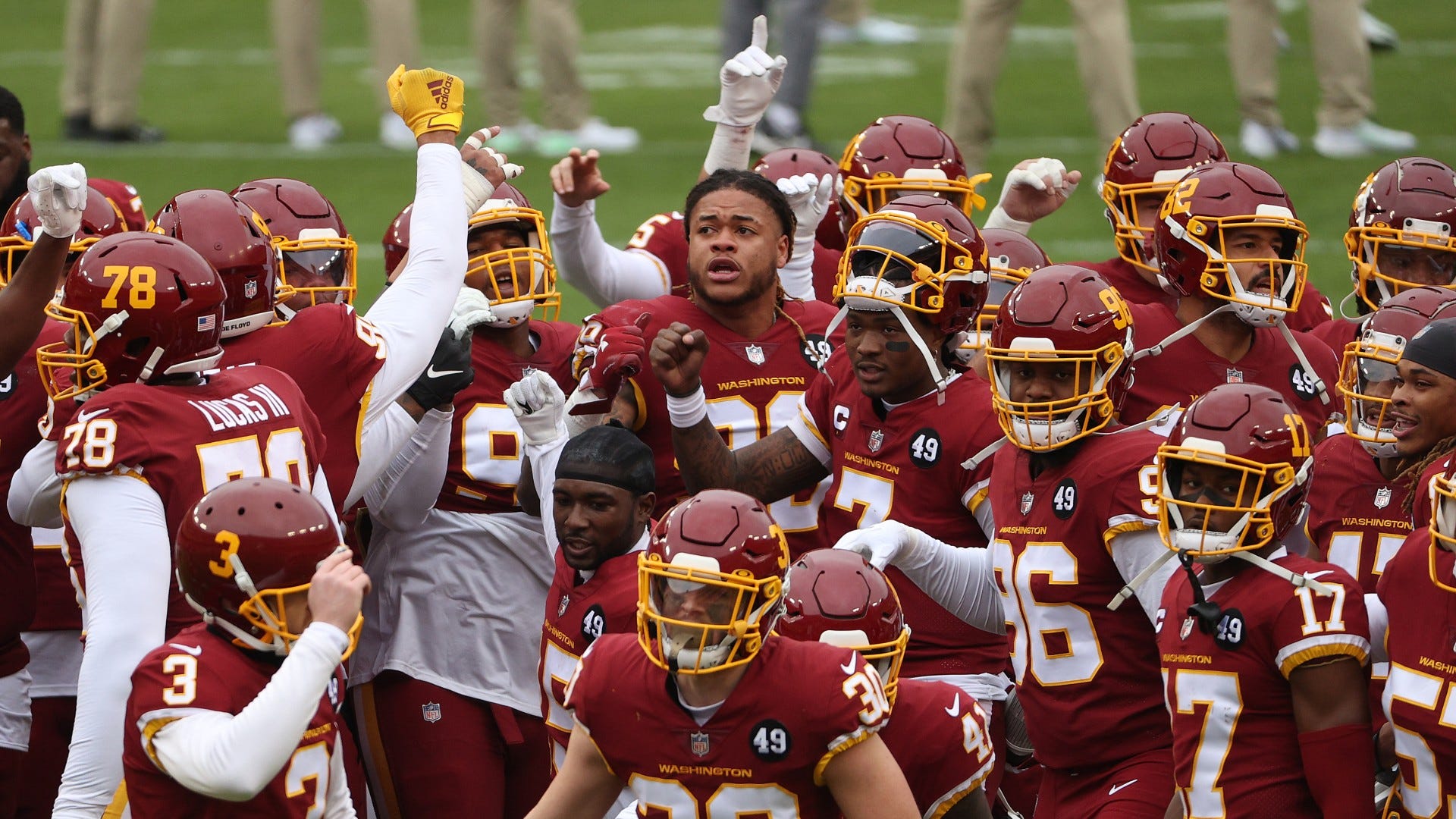