After a week of heavy team promotion to compel Washington fans to attend Sunday's rivalry game against the Dallas Cowboys, which included both the team president and head coach imploring fans to buy tickets, FedEx Field indeed turned out a substantial crowd on Sunday.

Officially, FedEx Field had a paid attendance of 61,308 for the Dallas-Washington matchup. And while the crowd looked to be a pretty balanced mix of Dallas and Washington fans, there were moments during Sunday's game, especially as the Cowboys raced out to a commanding lead, when there was a clear Dallas-dominant reaction coming from the stands — at least judging from the FOX telecast.

"It sounded like there were a lot more Cowboys fans than Washington fans, but I have no idea," Jason Bishop said Monday morning on The Sports Junkies. "I'd like to talk to people who were there."

"Let's just say for the sake of argument, [there were] 60,000 [fans]," he said. "Were there 30,000 Cowboys fans? Was it about 50/50? Because that's what it looked like when I was just kind of scanning the crowd, the lower bowl, on TV. Now, the upper bowl could have been different. It just looked like the lower bowl had just as many, if not more, Cowboys fans."

JP Flaim mentioned that while he was co-hosting NBC Sports Washington's pre-game show, the studio threw to reporter JP Finlay for a sideline hit just as Washington players were running out onto the field before the game.

"JP Finlay's doing his hit at the game, roughly 12:20. So about 40 minutes before kickoff," he recalled. "And the Washington Football Team ran out of a tunnel behind him and they were booed."

"Wow," Bishop said. "So you couldn't hear any cheers?"

"To me, it seemed like there were more Dallas fans," said Flaim. 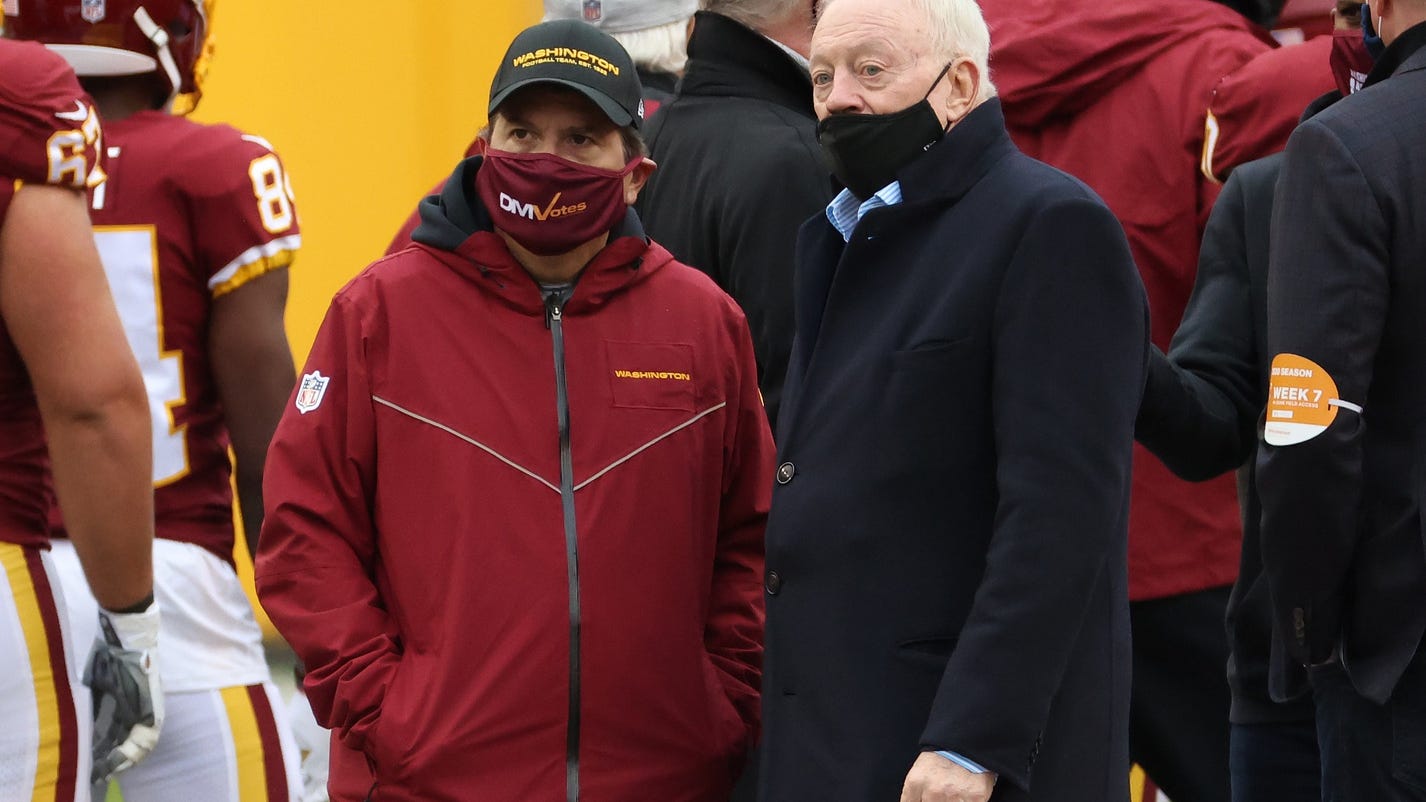 Jerry Jones: Cowboys get more support in D.C. than any place outside Texas