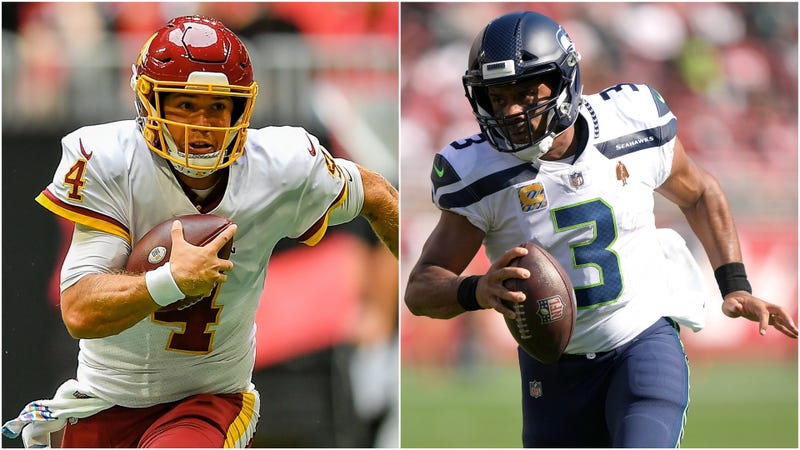 Russell Wilson (right) is a future Hall of Famer. Taylor Heinicke (left) is just trying to prove he belongs in the NFL. Washington RB J.D. McKissic has played with them both and believes they possess some of the same qualities. Photo credit Rich von Biberstein-Icon Sportswire/Thearon W. Henderson via Getty Images
By Chris Lingebach

J.D. McKissic, the proud owner of Sunday's game-winning touchdown against the Falcons, has coined a flashy new nickname for Taylor Heinicke that the quarterback would be honored to see stick.

As part of an 'Ask Me Anything' session for Bleacher Report on Tuesday, the running back for the Washington Football Team was asked, "When did you know Taylor Heinicke was a dog?"

"When he first got to the team, you could just see his confidence," he said. "You could feel his key, his energy. I came up to him and introduced myself. I think Coach Turner told me he had a 700-800 yd. passing game. I was like 'ok.' It was his time to play. He came into the game and was just so relaxed. You could tell he'd been there before."