While the 2022 NFL Draft may not be loaded with quarterback talent, a reporter wants to make one thing clear about Pittsburgh passer Kenny Pickett, a consensus first-round pick in April.

"I mean he's 23 years old. He's not a project," Pitt Panthers reporter Johnny McGonigal of the Pittsburgh Post-Gazette told BMitch & Finlay. "He's a guy who you're gonna plug in and start right away." 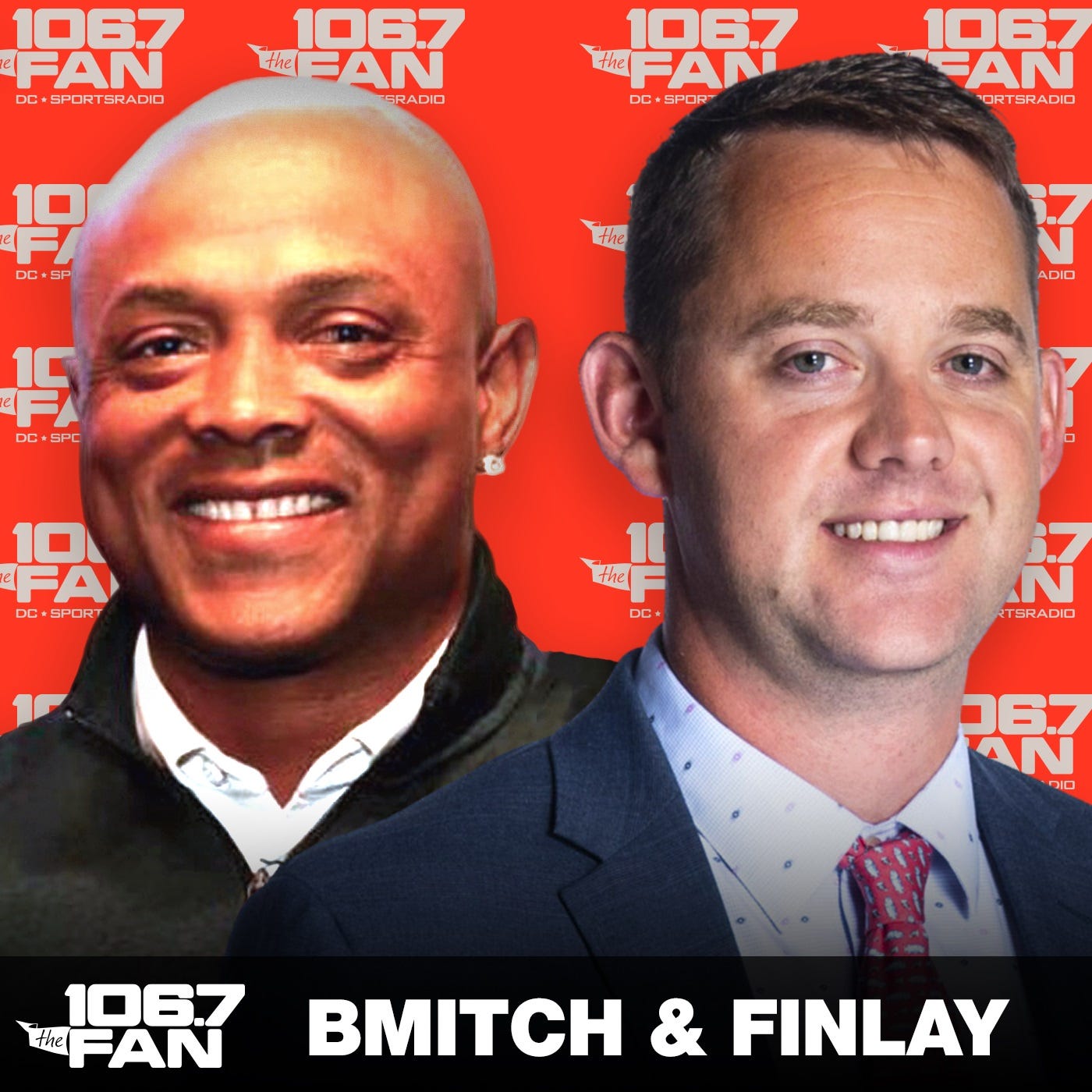 The 6-foot-3, 220-pound quarterback played in 52 games over five seasons at Pitt and is coming off a season in which he finished third in Heisman voting after leading the Panthers to their first ACC championship in school history. He is as viable of a threat to take off and run as he is to peel off a long pass.

Pickett passed for 4,319 yards and 42 touchdowns to just seven interceptions in 2021. Combine that with his additional 233 yards and five touchdowns on the ground and you can see why he was a Heisman finalist.

McGonigal says Pickett was under-recruited coming out of high school in New Jersey, and wound up at Pitt after flipping from his previous commitment to Temple. From there it was baptism by fire.

"He was expected to redshirt until Max Browne, the former USC quarterback who transferred into Pitt, he got hurt and kind of forced Kenny into action," McGonigal said. "Kenny ends up starting the final game of the year against No. 2 Miami and pulls off an upset that really kind of carried momentum into the year, into 2018 for them."

After leading Pitt to a mediocre 7-7 record in his first year as the full-time starter in 2018, McGonigal says it was a key staff change — the hiring of offensive coordinator Mark Whipple, who immediately abandoned Pitt's run-first offense — that ultimately helped Pickett reach his potential in 2019.

"You could see the strides that Kenny started to make as a passer," McGonigal said. "It was really a lot of responsibility on him throwing the ball 40, 45 times a game, and really started to see some really nice strides from him in 2020. And then he got hurt, he injured his ankle, and that really caused him to consider his NFL future. He could have left. He was expected to leave, to be a fourth-, fifth-round pick. Decided to come back for the 2021 season and, credit to him, really lit it up."

In leading Pitt to an 11-2 season, Pickett added two notable records to his resume in 2021, both coming in December's ACC title game while en route to throttling Wake Forest 45-21.

Pickett, who threw for 253 yards and two touchdowns in the game, while also breaking off a 58-yard touchdown run, broke Dan Marino's school record of 79 career touchdowns, finishing with 81. His second TD pass set a new ACC record for TD passes in a season (42), breaking the record of 41 previously set by Clemson's Deshaun Watson in 2016. Pickett also holds the Pittsburgh school record for career passing yards (12,303).

He chose to bow out of the Peach Bowl, which Pitt lost 31-21 to Michigan State, opting instead to begin preparation for the draft. Which brings us to the question of whether he's deserving of a top-15 selection, as is the consensus around the country right now.

"I think he's a guy who is certainly a top-15 pick," McGonigal said. "With the quarterback position, it's tough, because you always think the quarterback-needy teams are always at the top of the draft. I think given his age and everything, I just think, having covered him and knowing him, I think he'd be best to find himself in a situation where they're win-now. I mean he's 23 years old. He's not a project. He's a guy who you're gonna plug in and start right away. So that's what I think is the deal."

McGonigal identified Denver, who's picking at No. 9, as a potential match, saying, "I think they have a decent roster around, a potential landing spot for him there. But I just think he needs to go to a spot that is win-now. I just think it would be better for him, to be honest with you."

"So Washington could be, with that defense if they get guys healthy and everything," he added. "I think that could be a situation for him as well."

McGonigal notes there's a subsection of fans who root for both the Steelers and Pitt who would like to see the former draft Pickett, to finally make up for the Steelers passing on Dan Marino in the 1983 NFL Draft. Pittsburgh selected nose tackle Gabe Rivera at No. 21 that year while Marino went 27th overall to Miami (interesting side note: Darrell Green was the next pick to Washington at 28, so Pittsburgh missed out on two Hall of Famers).

"Aside from just throwing the ball and being on point, I think it's really his attitude," McGonigal said when asked for Pickett's biggest asset, "which, that's something you normally say about a fourth-, fifth-round guy that you take a flier on. But the way that he carries himself, the confidence, he always steps out on the field and acts like and really carries himself, not in a cocky way, but thinks that he's the best player out there.

"And that's how he handled himself as a true freshman when he upset Miami in 2017, and that's how he carried himself in the ACC championship game when he beat Wake Forest and did the fake slide and all that kind of stuff. He just carries himself with this swagger that I think is really infectious."

"His leadership aspect is something that really never went unnoticed in the Pitt football building," he continued. "Pitt's season turned around. If you guys remember, they lost to Western Michigan in September of this season. And that was obviously a very bad loss for them, but he called a players-only meeting hours after that game and really refocused the team. And they went on a run and obviously won the ACC this past year. So I think those attributes combined with his ability as a passer, and as a runner, because he extends plays. Sometimes he goes on adventures, but he's kind of got everything."

"Oh man. Whenever I asked Pat Narduzzi that, Pitt's head coach, he always said Kirk Cousins," McGonigal said. "But not from a physical standpoint."

"I know. I know. I know," McGonigal said. "I think it was more so from like a mentality standpoint, because Narduzzi was the defensive coordinator at Michigan State when Kirk Cousins was the quarterback there. So the way that he handled himself from a leadership standpoint."