There's an important update in Ron Rivera's ongoing fight against cancer: Monday marks the final day of his treatment.

Even better news, doctors say the head coach of the Washington Football Team is responding well to treatment and, while further testing may be needed, Rivera says, "What I've been told is it's headed in the right direction."

Some great news: Ron Rivera's last day of cancer treatment is Monday (Oct. 26). He'll have to undergo further scans, but he said that "what I've been told is it's headed in the right direction."

Rivera said the treatments were “like having a 300-pound gorilla on my back,” and he’d often have to go home early and go to bed instead of keeping the normal late hours of an NFL season.

Asked what's surprised him about the treatment, Rivera said, "There are certain things that pop up all of a sudden, side effects that you have — the fatigue, how tired you get, at times you get nauseous, honestly at times sometimes your equilibrium is messed with, almost a sense of vertigo. Then the nausea.

"It hits you at any time, anywhere. That really was, but the fatigue and going out to practice and stuff, it limited me and that really bothers me because I can’t really coach the way I coach. That’s hard. But being out there and not being able to just get into it the way I normally would, that was hard for me.”

Rivera announced in August he was diagnosed with Squamous cell cancer and that he'd continue to coach through chemo treatment.

His determination has served as a rallying point for Washington players, who have surprised their coach with 'Rivera Strong' t-shirts and other public displays of support. Rivera greatly looks forward to resuming coaching without the looming specter of treatment.

"It's probably going to take three or four weeks after I get my last treatment because of the recovery period, but I really am looking forward to it," he said. "The hard part is I get my treatment, I come back, do a couple things, then I have to take a break before practice. When I’m done with you guys and done with my media, I’ll take another break."

While Rivera has missed a practice here or there, he's admirably remained a consistent presence at Washington's facilities throughout his treatment period.

Rivera met with both of his doctors this week and reports "both are very positive about the progress I've made." 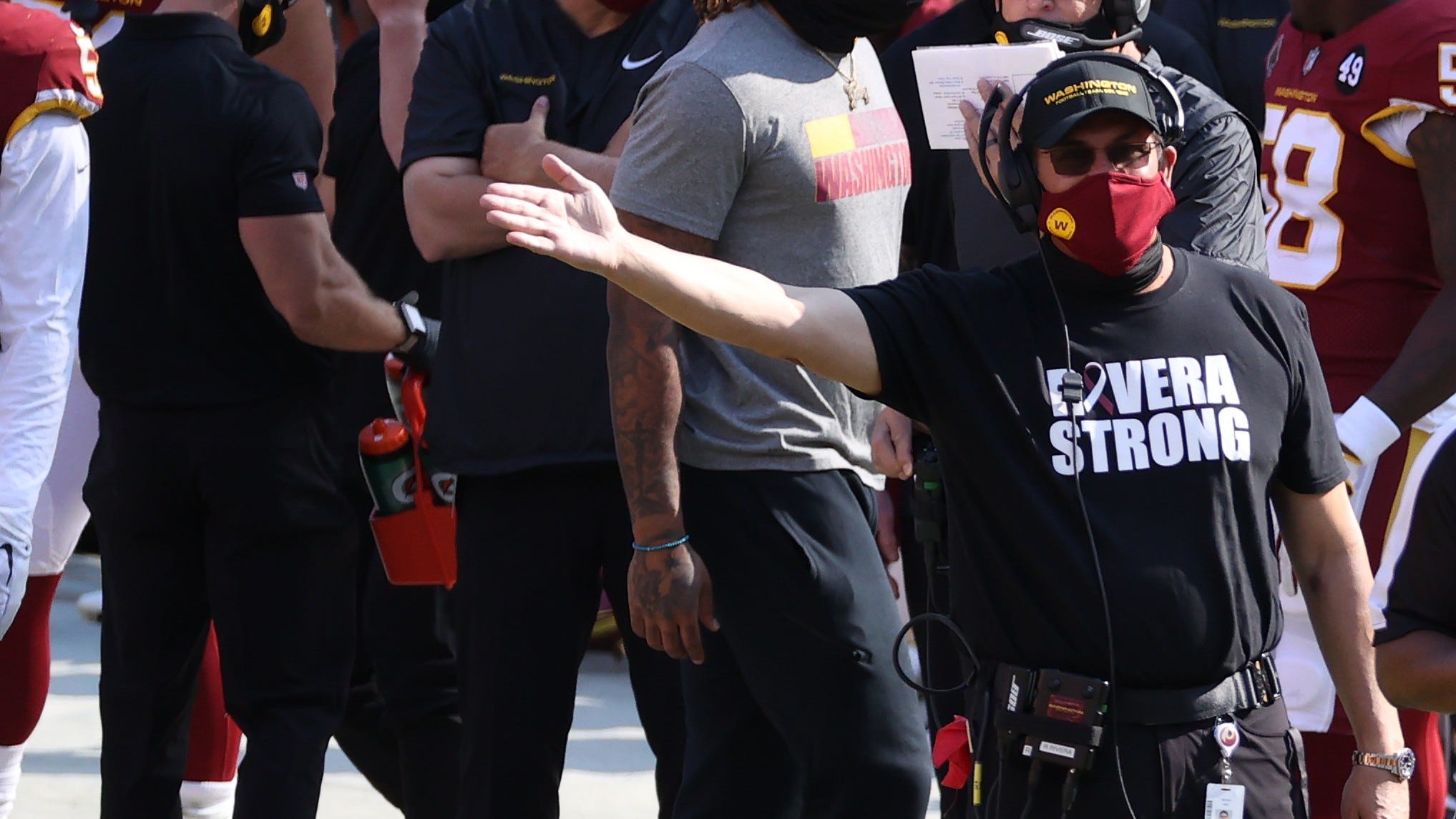