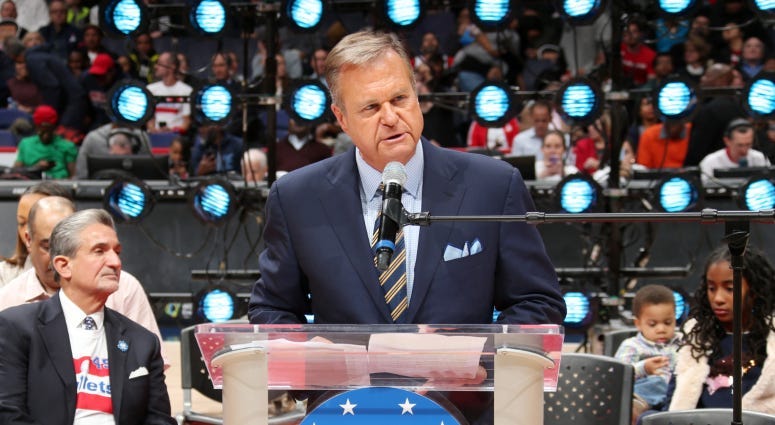 Photo credit Ned Dishman/NBAE via Getty Images
By Chris Lingebach and Chad Dukes vs The World, 106.7 The Fan 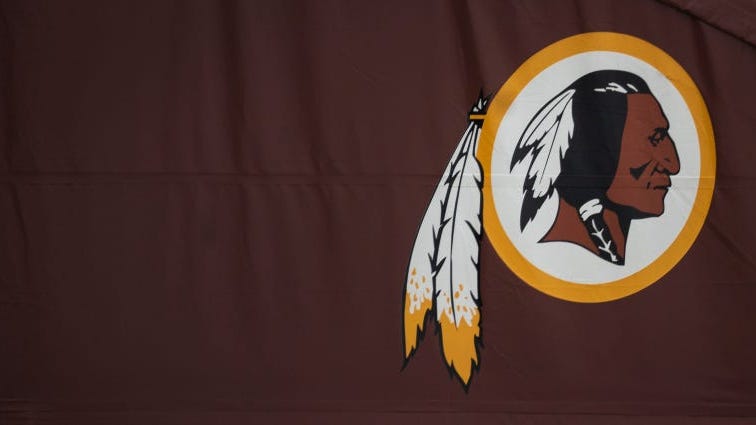 Julie Donaldson opens up about her new role, as a woman, with the Redskins

There's been a hole in the D.C. broadcasting corps for some time and a familiar voice believes he can fill it.

Steve Buckhantz, who's been sidelined since NBC Sports Washington decided to go in a new direction with its Wizards broadcasts last summer, tells Chad Dukes of 106.7 The Fan he'd love to voice play-by-play for the Redskins and believes he's uniquely qualified for the task at hand.

"For the younger viewers that don't remember or aren't old enough to know, yeah, I've got plenty of football experience, so that wouldn't be a problem," Buckhantz said Wednesday after rattling off his extensive football resume. "Plus I know the history of the team."

Buckhantz understands there are many great candidates to fill the shoes of Larry Michael, who abruptly retired last week before being named in a Washington Post report exposing sexual harassment at Redskins Park. Buck even graciously went on to name many of those candidates, specifically mentioning 106.7 The Fan's Pete Medhurst and Grant Paulsen.

"I could go on, and on and on mentioning all these names that have been bandied about," he said. "And there are a lot of guys that are great candidates that could do the job. I know I could do the job and I know the history of the team really well, obviously, and feel like I'm pretty polished, so we'll see what happens. It would be an honor."

Buckhantz says D.C. is fortunate to have had so many tremendous broadcasters through the years.

"We're blessed, Chad, in this city to have great broadcasters," he said. "There's so many guys that could do the job, and I feel like I'm honored to be in the mix, or at least have my hat in the ring, and I would love to do it."

The Redskins just hired Julie Donaldson of NBC Sports Washington to head up its media department. As part of her new role, Donaldson tells 106.7 The Fan she'll be in charge of hiring the broadcast crew, which includes the play-by-play announcer role on the radio left vacant by Michael.

Asked if he's been contacted by anyone from the team, Buckhantz said, "Not yet, nope."

"Julie and worked together. Julie Donaldson, who's now the new head of the media over there," he disclosed. "We worked together for a long, long time at Comcast SportsNet and NBC Sports Washington, so we're very good friends and I respect her work. She's fabulous. She's gonna do an incredible job.

"We've had some contact, but nothing along the lines of, 'Hey, you want to come in and talk about this' yet, so we'll see what happens."

Dukes mentioned the unique uproar from the D.C. fanbase when NBC Sports Washington decided to move on from Phil Chenier and, not long after, Buckhantz, too, that you rarely see public opinion so one-sided in sports, and how it seems like if any team could use some goodwill right now, it's the Redskins.

"Bringing you in, not only is it kind of it kills two birds with one stone, it's like, alright, we've got a guy that can absolutely do a great job," Dukes said. "And it could also right a wrong from another franchise, and I think that's why probably so many fans have kind of rallied around your name whenever it comes up for a job of this capacity."

"First of all, it's whatever they are looking for, okay? And I know this because I've worked for a lot of news directors and a lot of bosses and things like that," Buckhantz replied. "So it's whatever they're looking for. They might be looking for somebody young who can skew to a younger audience, or perhaps is gonna be there for the next 10 or 20 years or whatever."

"Or, they may be looking for somebody who can try to help smooth the transition, which, personally – and I think that's what you're talking about – I think that's what this team needs and also, really more than that, the fanbase," he said. "Because you've got a lot of people that feel like the name should be changed and you've got a lot of people that don't, and so there needs to be a smooth transition. This is in my opinion."

"And I think that you need somebody that people are comfortable with, that they're familiar with, that trust you, that know you have a background, that it helps to have grown up in this town," he continued. "We've had season tickets since 1937 — my father's had them that long, may he rest in peace.

"I think you need to have someone that you feel really trusted and comfortable with that can help smooth this transition and get everybody on the right track following this football team that we all love for ever, and ever and ever, with the new name and the new logo and whatever it happens to be, and get back to what we want, which is rooting for the team and hoping they become a success with a new head coach."

"I know that I can do that," he said. "And I'm sure there are other guys that can do it too, but I think that's what you're talking about and that's what I think, as a fan, that's what I'd be looking for."

Buckhantz re-imagining his signature "DAGGER!" call for game-winning touchdowns is something that might send chills down D.C. sports fans' spines.