The Washington Football Team has allowed opposing offenses to convert on 58.7 percent of their third downs, a horrific number that ranks 31st in the NFL.

But that may not be the most damning stat showing how other teams have been able to get over on Washington's defense with ease. According to Austin Gayle of Pro Football Focus, Washington has allowed a score on 59 percent of opponent drives, a league-worst through three weeks.

Washington has allowed a score on an NFL-high 59% of opponent drives through Week 3.

Is that something that Washington can clean up going forward?

"I mean a lot has to change," Gayle told The Sports Junkies on 106.7 The Fan. "This is, if you look at offenses and defenses in the NFL, 64 total units, has to be the most disappointing unit in the NFL through three weeks."

"I mean it's a bottom-five defense in EPA-per-play allowed, the worst defense in scoring drive percentage allowed," he said. "They're not letting up in the red zone, can't get pressure on the quarterback like we expected, and on the back end, have not improved in the secondary. Jack Del Rio comes out of retirement and sets this thing on fire."

Gayle continued: "You know, a lot of people find it easy to make fun of Jack Del Rio: He's the reason we were so good last year! But you know, we talk a lot about here at PFF about defensive regression. It's so difficult to maintain high-end defense year over year."

"They were a fantastic defense last year over the last six weeks of the season. I think they finished top-three in EPA-per-play allowed," he said. "But so much has to go right for you to have that same level of success in the following year. And I think you haven't seen the pressure you expected, you haven't seen the coverage on the back end like you expected, a change in defensive coordinator — all that stuff is gonna pave the way to some regression. I think we're seeing that in a significant way for Washington." 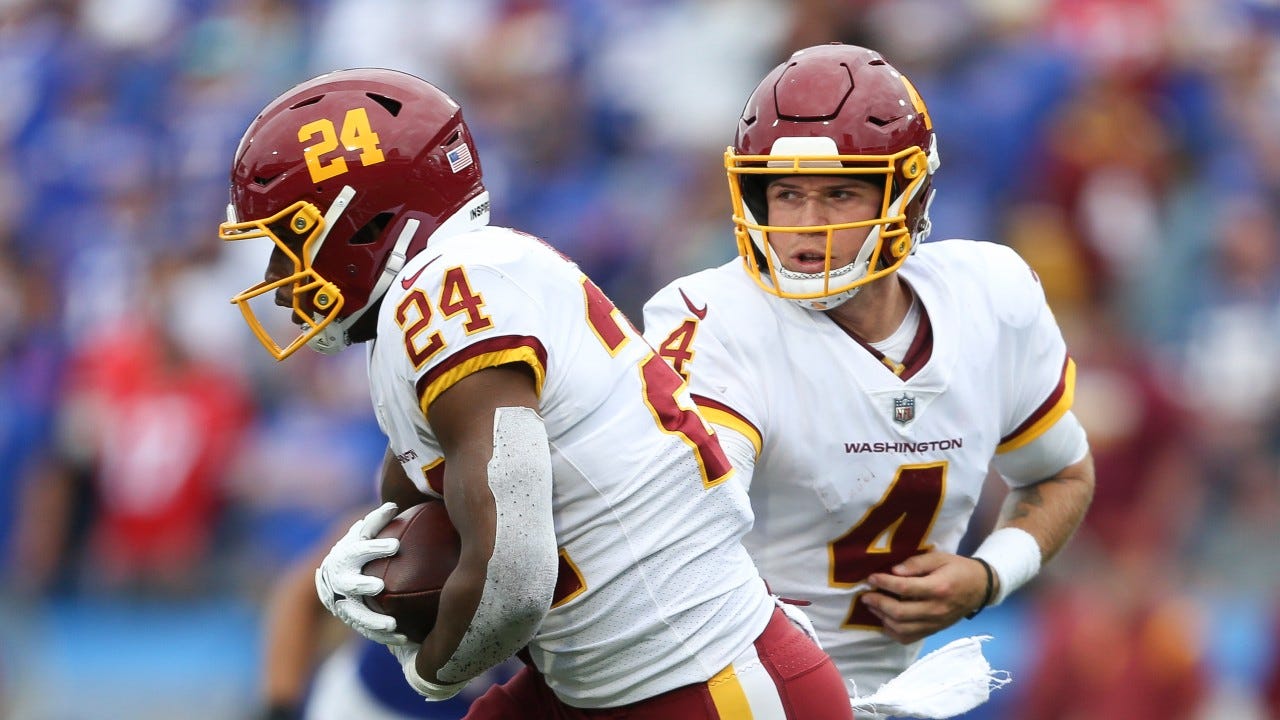 When asked about the spate of missed assignments in Washington's secondary that have led to explosive plays, Gayle said, "I think you do see that more often with a change in leadership, obviously with Jack Del Rio now starting as a defensive coordinator. And miscommunications on defense lead to explosive plays."

"When you talk to defensive coordinators around the NFL," he said, "one of the biggest things they're trying to stop... it's not like first down, stop the run. No explosive plays. The Washington Football defense has allowed explosive plays in bunches and they're lucky that some of those plays that have gotten behind them haven't led to more explosive plays."