If you were expecting the NFL's almost year-long investigation of the Washington Football Team to result in serious repercussions for team owner Dan Snyder, then you were left sadly disappointed when the league released its findings on Thursday.

In the end, Snyder will voluntarily step away for an undetermined amount of time and cede control of day-to-day business operations to his wife, Tanya, who was named co-CEO of the Washington Football Team earlier this week.

The entirety of attorney Beth Wilkinson's investigation — into two decades of sexual harassment allegations — was reduced to an oral report, by the same league that previously produced a 139-page written report on improperly deflated footballs.

"How do we think this went down," Washington Times columnist Thom Loverro wondered Friday morning on The Sports Junkies. "Here, picture this. Beth Wilkinson walking into Roger Goodell's office with a handcart, with boxes full of depositions, and interviews, and video tapes and testimony.

"And she sits down and she gets ready to present all of this, and Roger says, 'Wilky, Wilky. Just give me the short strokes. Was it really bad?' And she says 'yeah.' And he says, 'Is it bad now?' And she says 'no.'

"He says, 'Fine. Good job, Wilky. Just take that stuff on your way out and stick it in the incinerator. You know where the sign says 'The Stuff That Can Make Us Look Bad'? That's where I put this stuff.'"

"I think there was a lot of hope among Washington Football fans that this would be something more," Loverro said. "I mean, why would they have to have hired Beth Wilkinson and gone through 150 interviews for basically an oral report? I mean they have an investigator on staff already, a former prosecutor, in Lisa Friel. Why couldn't she have done all this? It's such an arrogant act."

Questioning the timing of it all, Loverro pointed to Dan Snyder's exclusive with The Wall Street Journal on Tuesday — published two days prior to the NFL releasing its findings of the Wilkinson investigation — in which Snyder was quoted as saying he regretted "not being eyes-open enough." In that self-assessment, Snyder implied that he should have been more involved with the day-to-day operations.

"Dan Snyder acknowledges that he had to change himself and become more deeply involved than in the past, when he was often distant from the management of his franchise," wrote Andrew Beaton, who authored the WSJ piece.

"There's such a level of arrogance here," Loverro said. "I mean Snyder, I'm sure you guys read that Wall Street Journal embarrassment a couple of days ago, where Snyder says I need to be more involved. And then now what's he doing? He's stepping away."

"The whole thing is the level of arrogance that we should come to expect from the NFL," he said. "And the NFL, I'm sure they probably think, and maybe rightfully so, that they're bulletproof. I mean last year during covid, with nobody in the stands, they made $12 billion in revenue. It was down about $3 billion what they expected, but still they brought in $12 billion without hardly anyone having to buy a ticket. So they must seem like they're bulletproof. They can do what they want and public opinion be damned."

Even with all the organizational changes of the past year, Loverro warns that Washington is still a "house of cards" with Dan Snyder remaining at the top.

"They seem to be banking a lot on the Jason Wright-Ron Rivera new regime and the feel-goodness of what's happened since they've both been in place. And I certainly understand that to some point," he said. "There is this perception that the toxicity that was there is no longer there, but this is a house of cards. They're one incident, one step away from being a total disaster all over again."

"And let's remember," Loverro continued. "For all the faith we want to put in Ron Rivera, Jerry Richardson had his little party in Carolina when Ron Rivera was the coach there. He is the football coach when it comes down to it, and that's it."

Asked what would have been an appropriate punishment for Dan Snyder, Loverro said that's impossible to say without a single shred of evidence being made publicly available.

"I don't know what would have been appropriate because we don't know what the evidence said," he said. "Well then we'll never know. I mean unless somebody goes to court. I mean, what happens to all that work that Beth Wilkinson did? I mean I was half-joking when I talked about the incinerator. I mean, is somebody gonna go to court and sue Snyder about this? And is that gonna come up in some of the depositions and discovery, that people are gonna demand that?"

"We may never know, so it's hard to say what would have been appropriate, because we don't know in detail what the transgressions were," he said. "And because of Snyder's practice of having everyone sign the don't-tell-the-truth documents that he does, we may never know." 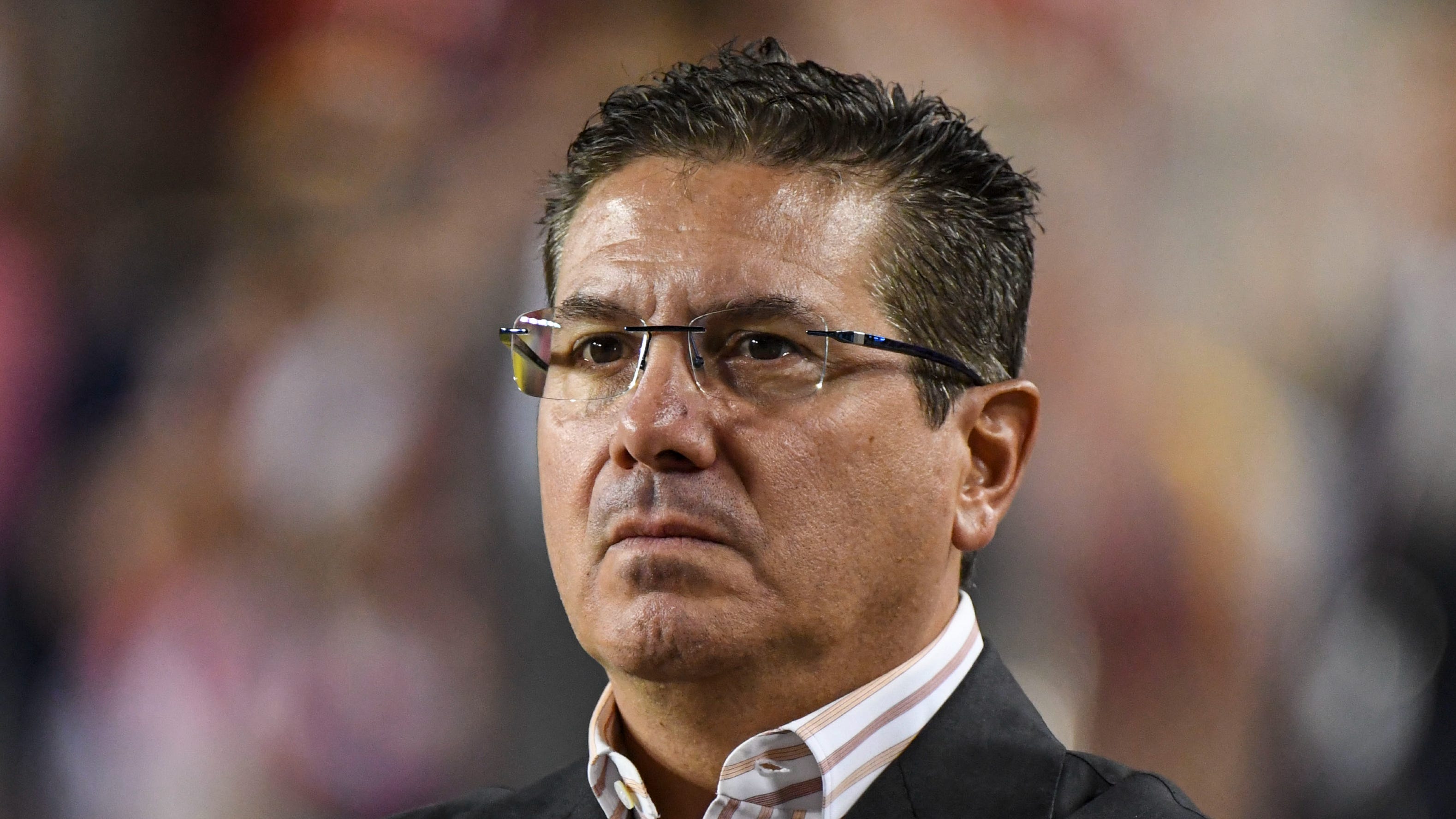