With its 2020 regular season set to begin, the Washington Football Team could reach new heights defensively in its inaugural season under a new, albeit temporary, moniker.

It's no secret Washington's defensive front is its strongest position group, even before adding Chase Young with the second overall pick. But considering Young's addition to an already loaded group of Jonathan Allen, Daron Payne, Montez Sweat and Matt Ioannidis, Washington's pass rush has a chance to be the best in the NFL, says SI's Andy Benoit.

"I think it has a chance to be the best pass rush in the NFL," Benoit told The Sports Junkies this week. "I'm not saying it will be, but I think that's a fair expectation. It's certainly gonna be right up there. It's just a lot of talent." 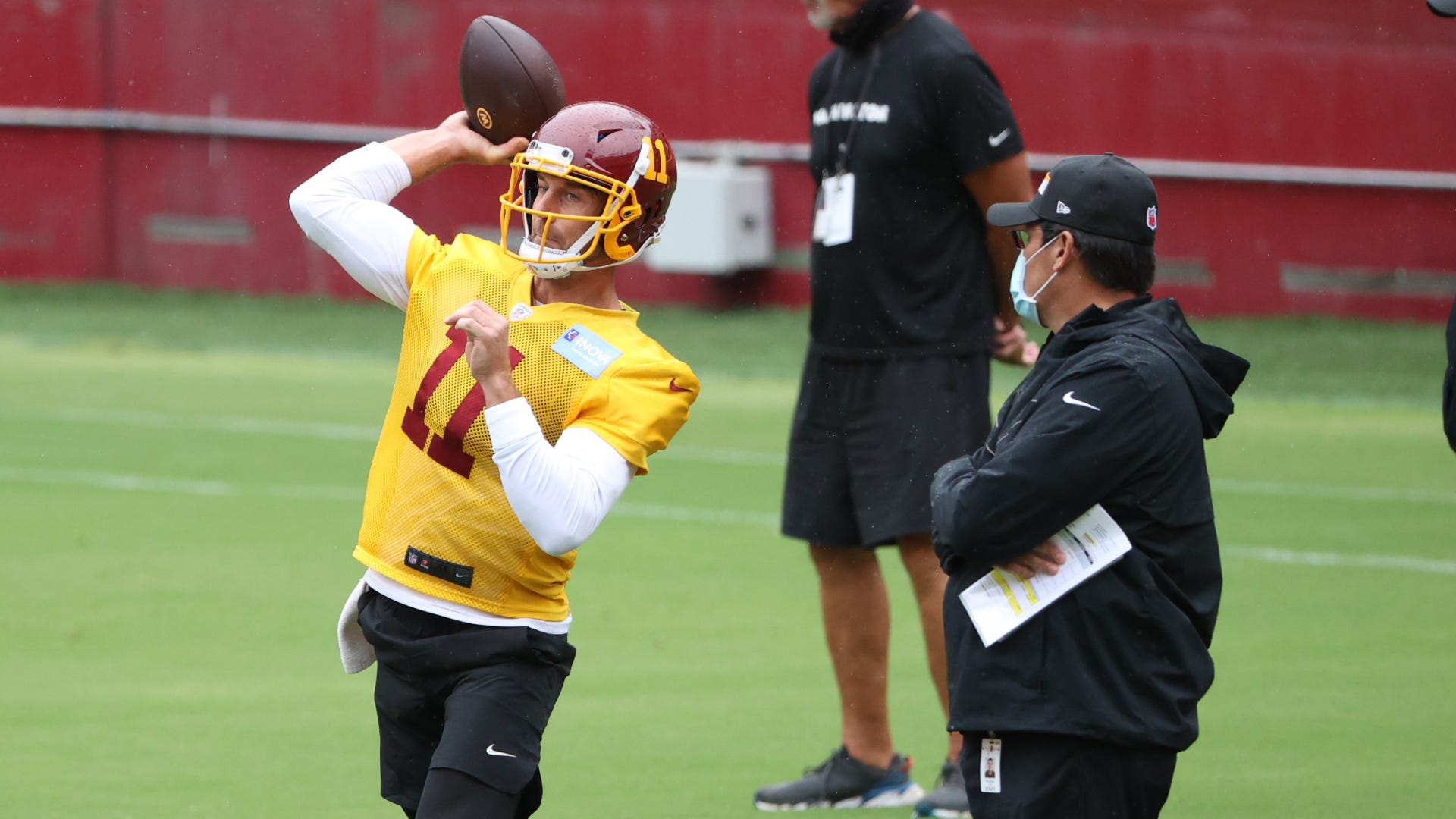 WATCH: Alex Smith back from injury, warming up at FedEx Field

One key to a transcendent pass rush for Washington will be defensive coordinator Jack Del Rio who, Benoit notes, always plays to his strengths well.

"He does a nice job of shaping his defense to what he has to work with," he said. "So I would imagine between the talent up front that he has, and then some of the new guys on the back end, and maybe a few questions there, factor in the fact that they haven't worked a whole lot, given that there wasn't an offseason. Although these guys have been practicing for a few weeks now, so maybe it's not a big deal. But I would imagine they're gonna play a lot of straightforward zone coverage and really rely on that four-man pass rush to make noise."

While Benoit went on to point out a dominant pass rush isn't a guaranteed path to victory, it is the most coveted defensive strength among NFL teams.

"A good pass rush is probably — it depends on your scheme and philosophy — but I think most teams would say a really dominant four-man pass rush is the most valuable thing you can have defensively," he said. "And that gives you a great opportunity at generating more turnovers. Think sack-fumbles as well."

news
Sahara dust storm will make its way to US by Friday
news
Biden gifted Putin aviator sunglasses and a crystal sculpture of an American bison after summit
music
The Reel Buzz: ‘The Hitman’s Wife’s Bodyguard,’ 4 Father’s Day films and 11 other movies to watch this weekend
music
Cold War Kids' Nathan Willett gives us a preview of 'New Age Norms 3' and their return to the road
music
Run That Back: For Us, About Us, By Us
news
Juneteenth becomes a national holiday