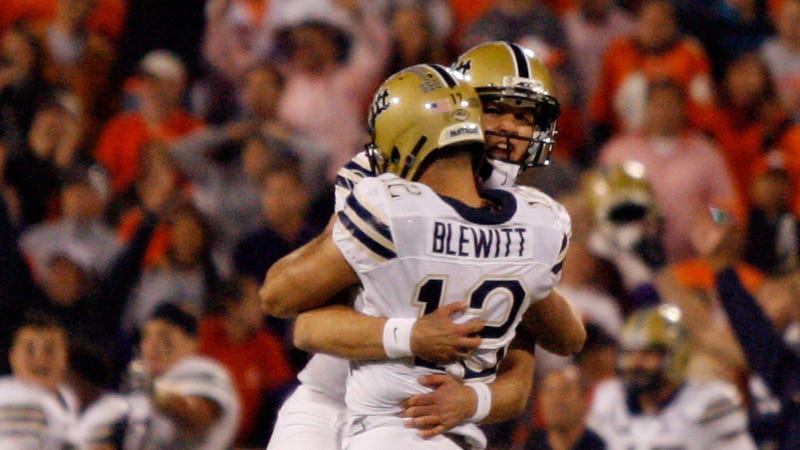 Ron Rivera said this week that he remains confident in Dustin Hopkins after the kicker missed two extra points in Sunday's win over Atlanta, but the head coach of the Washington Football Team also insisted he will continue to "take a look" at other options.

Hours later, it seems Rivera found another option, signing a kicker with a name that's a little on the nose, adding Chris Blewitt to Washington's practice squad.

You can hear the announcers now: 'Let's hope he doesn't... blow it.'

"I think that has to be the worst name a kicker could possibly have," Grant Paulsen said, reacting to the signing on 106.7 The Fan.

Blewitt, 26, was part of an extraordinary eight-person kicker competition with the Chicago Bears in the summer of 2019 and was among the three finalists to win the job before being cut.

Blewitt logged 52 games as a college kicker at Pittsburgh, where across four seasons (2013-16) he registered a 69.6 percent success rate, making 55 of 79 field goal attempts.

According to Michael Phillips of the Richmond Times-Dispatch, Blewitt, a Northern Virginia native, has spent time as an assistant at Hayfield Secondary School (Alexandria) and has also worked at Home Depot while between jobs.

Blewitt is from NoVa and has helped the coaching staff at Hayfield Secondary School in Alexandria.

He also worked at Home Depot while between NFL teams.

Blewitt was First Team All-Metropolitan as a senior at West Potomac High School in 2012 after kicking eight field goals with a long of 50 yards, averaging 43.5 yards per punt and reaching the end zone on 45 of 48 kickoffs.