Any time there's an argument on air between any of The Sports Junkies, it's always between JP and EB.

They know each other's buttons and, when the bickering starts, they aren't afraid to press them. If anything, they're compelled to.

That fortunately was the case on Thursday, when, as JP was explaining the 'Ravens Survivor' segment he'd spent hours laboring over to prepare it, EB began picking it apart, leading to this healthy little slice of show drama.

"I think the history is dumb," Bickel said. Trust me when I say, whatever he was referencing, it doesn't matter here. "Who cares about the history?"

"Well then you know what, this is what pisses me off about this," JP shot back. "I prepped it! You could spend an hour! Prep it! Do the work! I did the work!"

Drab: What did you do last night for it?

EB: I'm just saying, why are we doing history?

JP: I mean you're complaining about it before we've even done it, when other guys have prepared it!

EB: Because I think it's dumb.

"You know what? I could throw these out," JP snipped, holding up the pages upon pages of questions he prepared. "And then you do it! But you're too lazy!"

Bish: You know what? There's been a lot of bitterness between Flaim and Bickel lately.

JP: Well it gets tiring, when somebody does like a bunch of work, all he's doing is complaining about it.

Bish: Haven't you guys noticed that? A lot of bickering.

EB: Not from my end.

Who cares about sports, am I right? This is why we've all gathered here.

One can only hope this squall is the precursor to a much more personal on-air meltdown. 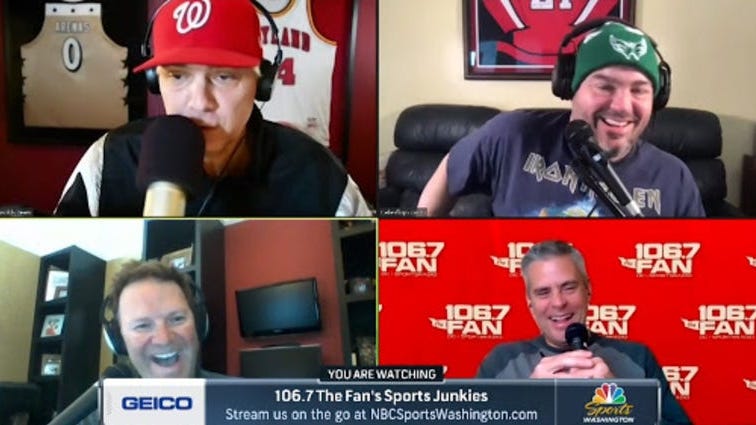 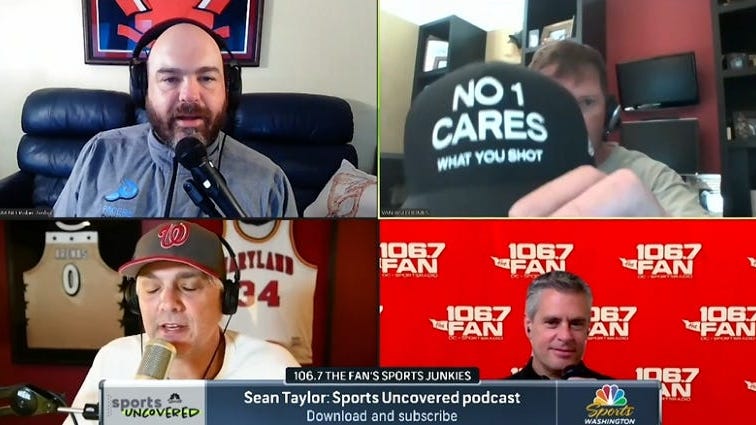 WATCH: Lurch nearly gets EB doxxed after inadvertently revealing his email address
We strive to be a platform where varying opinions may be voiced and heard. The views, thoughts, and opinions expressed by the author(s) of this article and/or by those providing comments are theirs alone, and do not represent those of Audacy, Inc. We are not responsible for any damages or losses arising from this article and/or any comment(s).